I Survived the Texas Water Safari

Written by Art Williams | Updated: June 18, 2019 | Filed Under: On the WaterTravel News 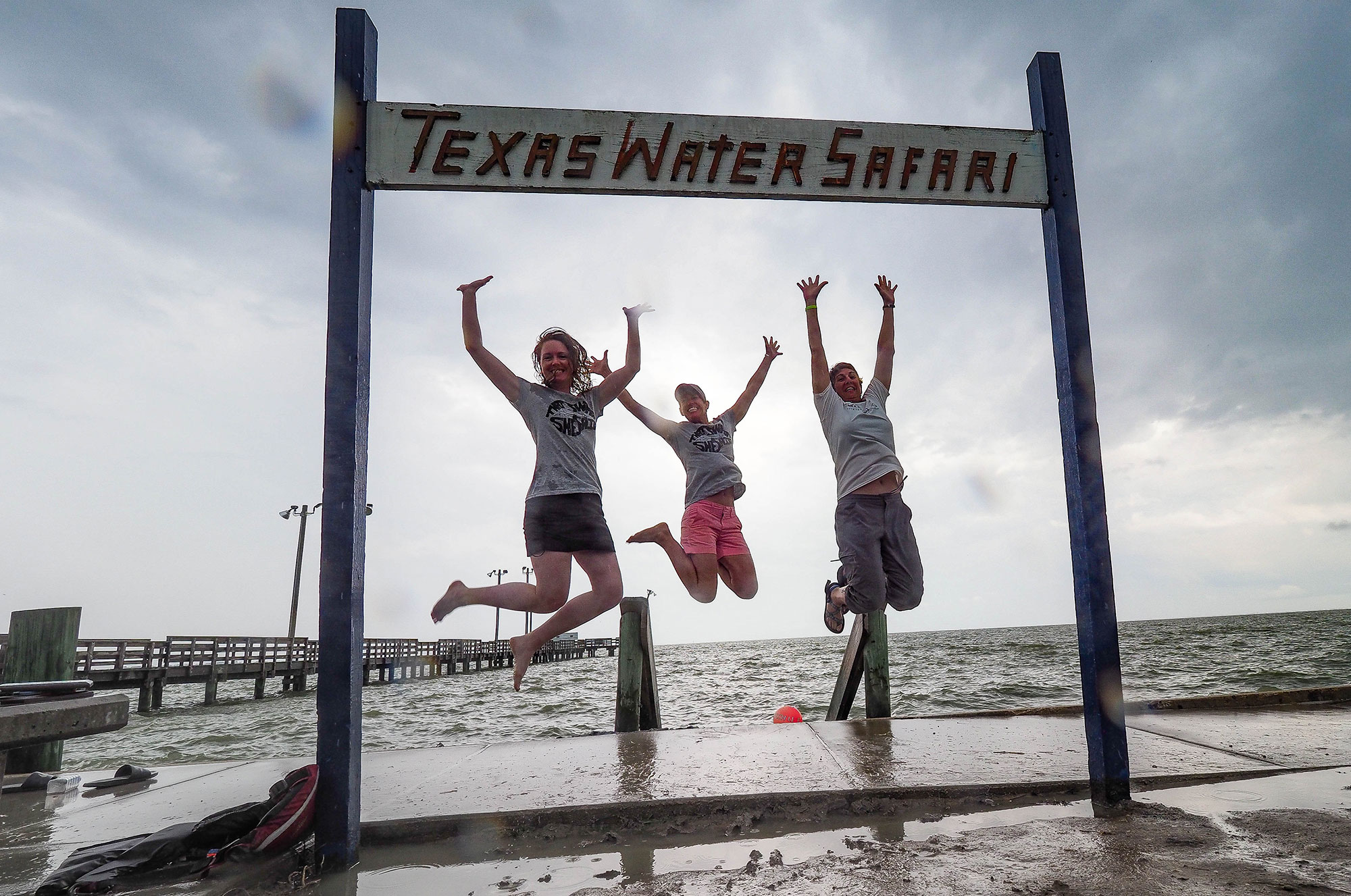 Heather Harrison, Pam LeBlanc and Sheila Reiter, of Team That’s What She Said, celebrate at the finish line of the Texas Water Safari in Seadrift. The photo was taken on Tuesday, June 11, the day after the team finished the 260-mile paddling race from San Marcos to Seadrift. Photo: Chris LeBlanc

Don’t even try to pry from my hands the patch I earned for finishing the Texas Water Safari. 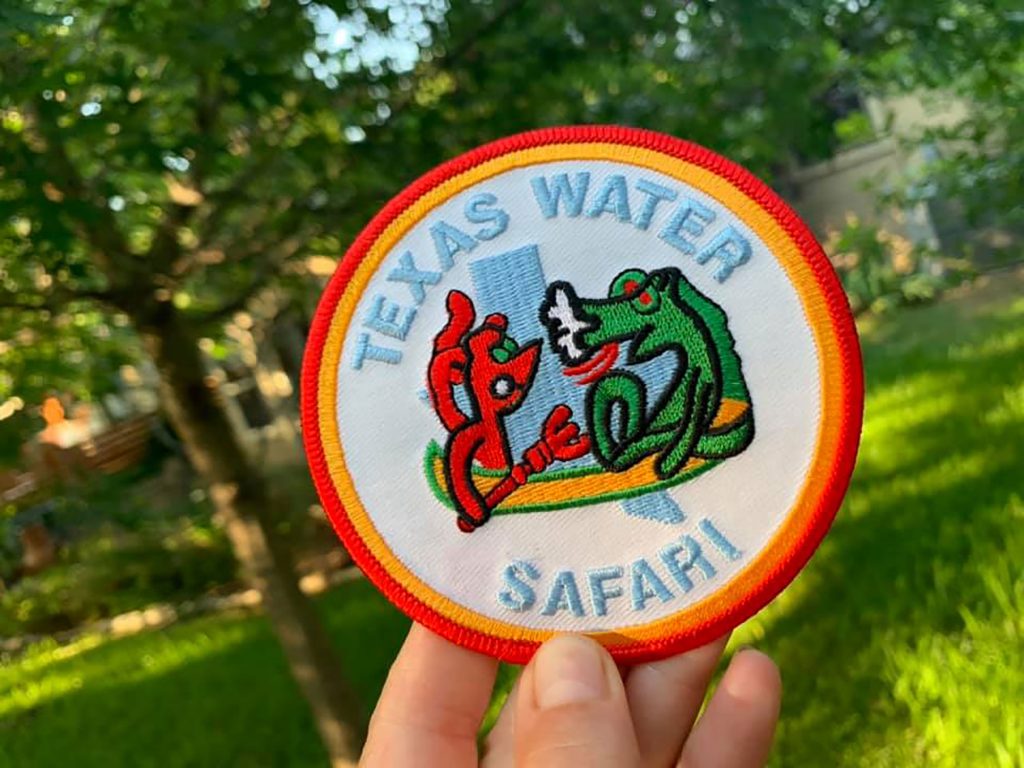 That 5-inch disc of fabric, decorated with what looks vaguely like a snorting alligator and a devil, duking it out in a canoe, cost me two straight nights of sleep, blisters, an unimaginable rash, a 2-inch strip of sunburn around each ankle, cracked lips, shoulders that feel like someone tied them to giant engine pistons and turned the dial to 11, exposure to mud, fetid water and a host of horrors like spiders, snakes and alligators, and a boatload of brain cells.

But yes, Team Number 333, That’s What She Said—me and veteran paddlers Heather Harrison and Sheila Reiter—finished the Texas Water Safari, a 260-mile paddling race from San Marcos to Seadrift on the Texas coast, in just over 53 hours.

Today, three days after my finish, I feel feral. I also feel like Wonder Woman filled my lungs with magic air that makes me capable of doing almost anything I set my mind to.

That patch didn’t come easy. One of our support crew quit the night before the race, and my husband stepped in to help hand out water, food bags, and ice to the team. We lost a paddle a mile into the race. I overheated and couldn’t eat solid food, and grew progressively weaker. A 3-foot alligator gar leaped out of the river and slapped Sheila in the face.

But we never flipped our boat, even in the trickiest rapids. We hustled through checkpoints. We rode rapidly flowing water and navigated the  logjams—big bobbing mats of logs, branches, snakes, spiders, dead farm animals, and trash.

The biggest problem was heat indexes of near 110 degrees. Icepacks helped, but I felt myself wilting, like cheap American cheese melting in the sun. Then my appetite waned. By nightfall of Day 2, even the cheeseburgers and sausage biscuits our crew tossed at our boat made my stomach churn. By then, we were so tired that the trees on the banks morphed into leering clowns and grinning cartoon characters. 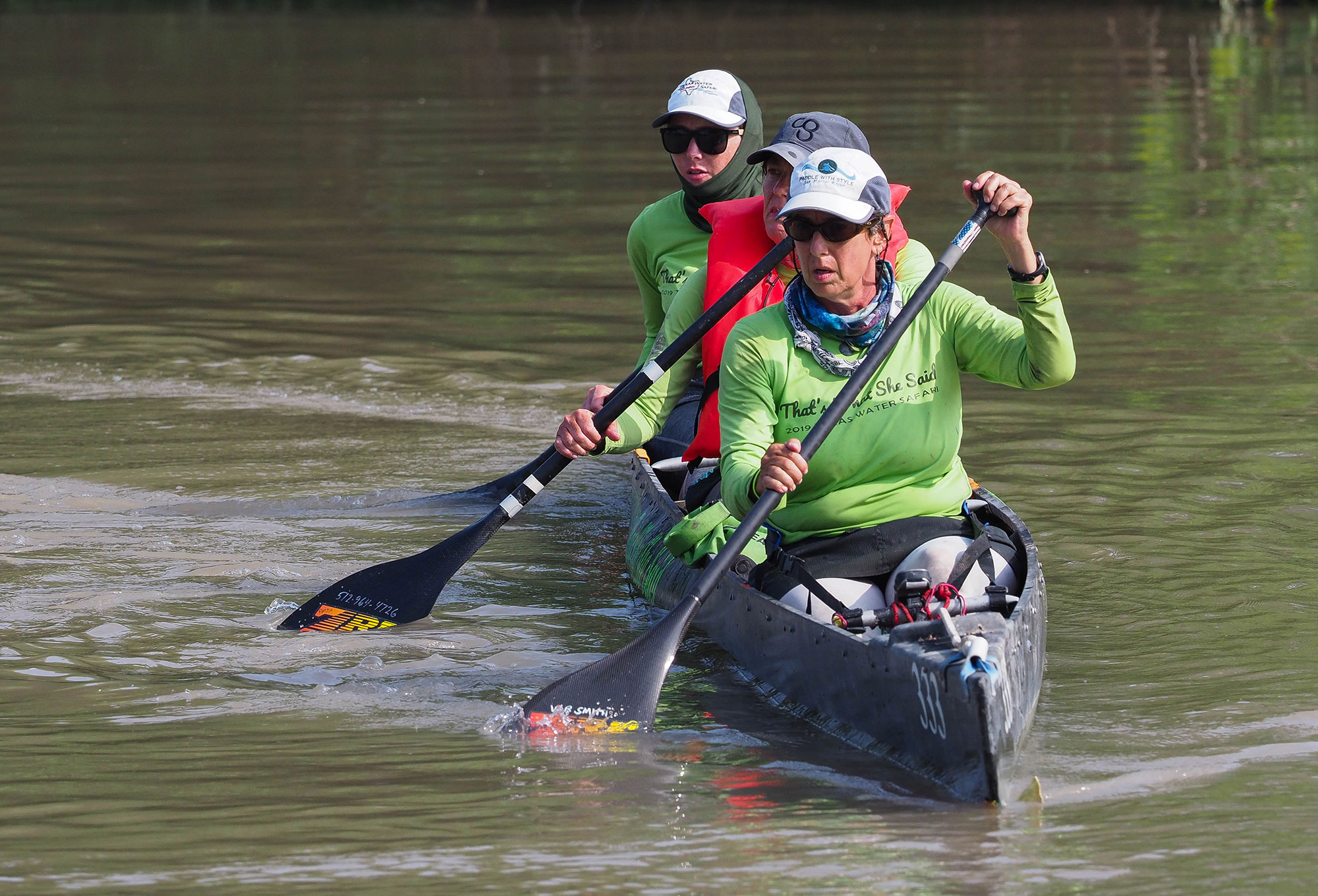 Heather Harrison, left, Pam LeBlanc, center, and Sheila Reiter, front, paddle into the saltwater barrier checkpoint, the final checkpoint of the Texas Water Safari, on Monday, June 10. From there, they headed into the bay and on to Seadrift, the finish line of the race. Photo: Chris LeBlanc

Before we could finish, Mother Nature dealt out one final joke. She spit us into the bay, just 10 miles to Seadrift, just as a chop rose. We detoured to a small island, where I lay on the beach unable to move for 30 minutes, wondering if a helicopter would have to evacuate me. An alligator swirled just offshore.

But we were close, and my teammates revived me with water. They loaded me back in the canoe, we aimed for Seadrift, pressed the gas pedal one last time, and drained the tank.

And nothing has ever felt as good as climbing those rickety wooden steps and slapping my hand on the finish line of the “World’s Toughest Canoe Race.” 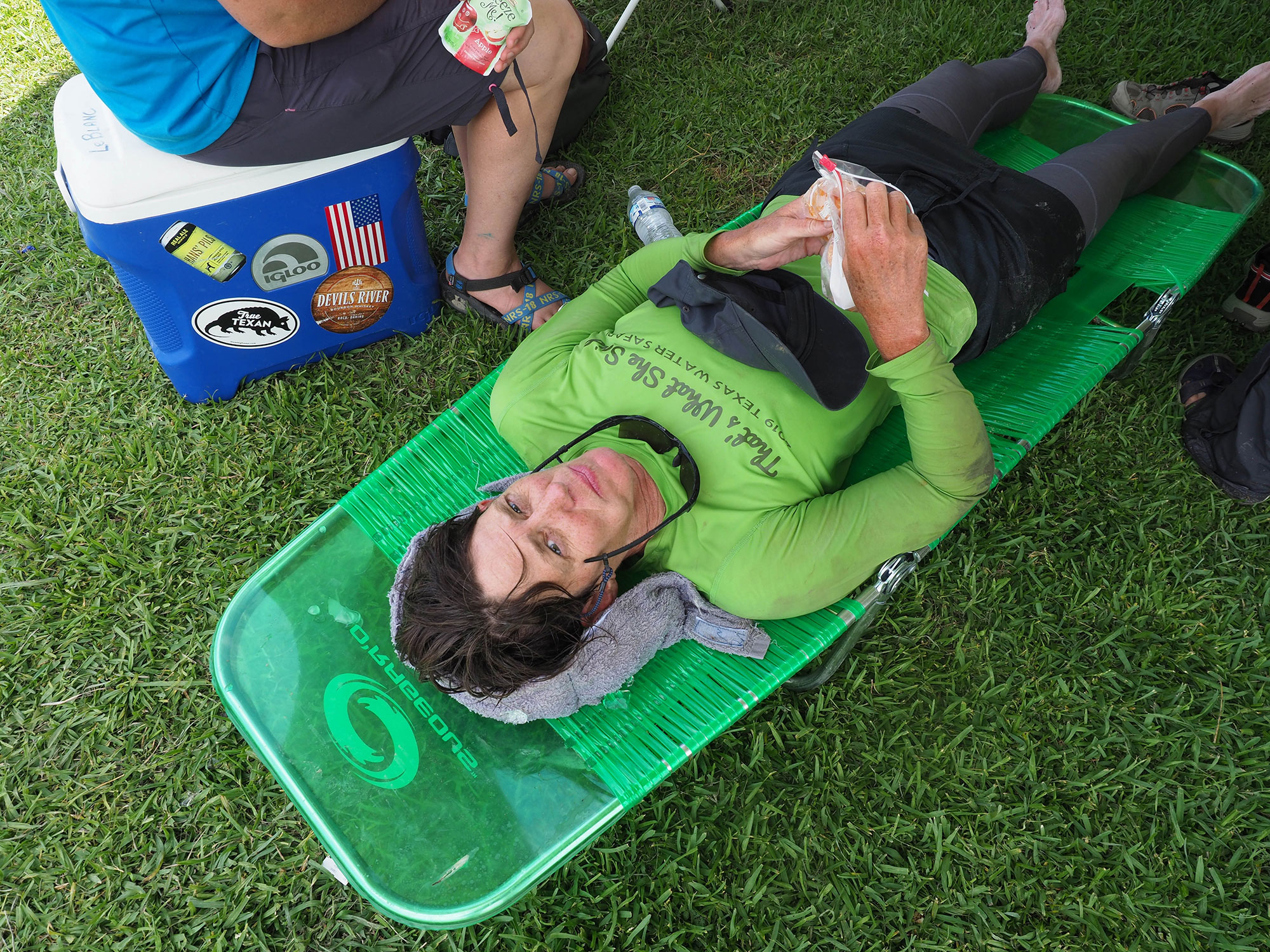