As the Emerald Ash Borer Expands Its Texas Invasion, There Are Ways to Help Stop the Spread 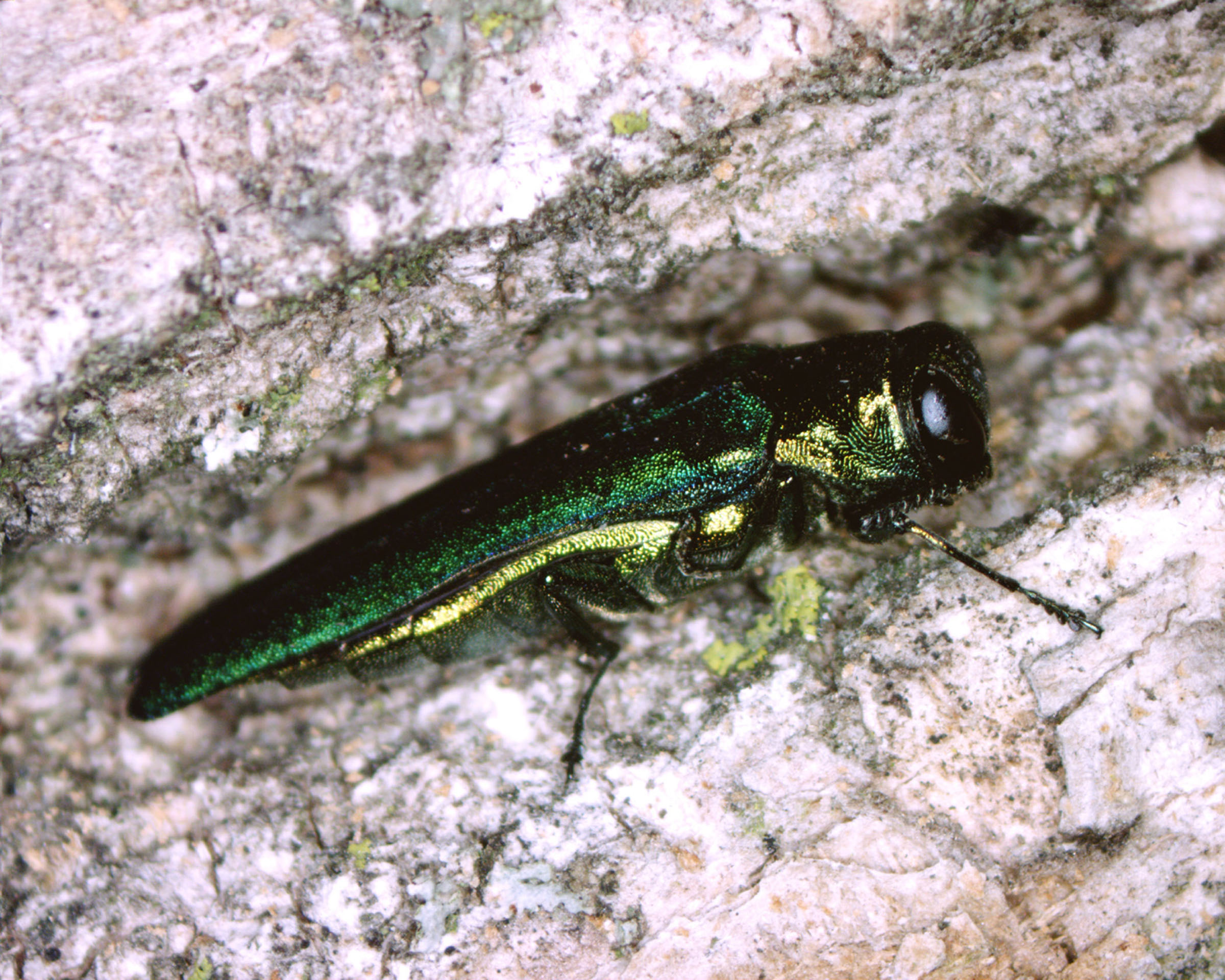 In 2002, a species of small, jewel-like green beetle appeared in Detroit. Called the emerald ash borer and originally found in northeastern Asia, the beetle sought out a particular target—ash trees—to lay their eggs, leaving its larvae to feed on the trees’ insides. After a few years of infestation, the ash trees the beetle attacked inevitably died, and adult beetles flew off to look for new hosts.

Texas hasn’t been immune. In 2016, the first beetles turned up in Harrison County in East Texas. They’ve since been found in 11 Texas counties in east and north central parts of the state, including Bowie, Cass, Dallas, Denton, Marion, Wise, Parker, and Tarrant counties. Two further counties, Morris and Rusk, were added in the last two months, Gomez says. “We’re increasingly finding them in the Dallas and Fort Worth area.”

While Texas doesn’t have the density of ash trees found in other states, Gomez says, there are millions of them in East and Central Texas, and they make up as much as 7% of the urban forests in San Antonio, Austin, and Dallas. Ash trees native to Texas include the Texas ash, the Green ash, and the Berlandier ash. Urban forests significantly add to property values, decrease air conditioner cooling costs, and reduce the level of air pollutants, Gomez says. Losing a chunk of the forest to pests could ultimately end up costing billions of dollars and creating health impacts. In rural forests where ash trees are present, meanwhile, their disappearance is likely to harm bird and insect species, including some 280 arthropods that rely on the tree.

Texas A&M Forest Service has been closely tracking the insect’s progress through the state, monitoring for infections from late winter to early summer and culling infested trees wherever they find them. “Every year we hang about 500 traps around the state to find populations so we can slow the spread,” Gomez says.

In Dallas, the city’s Forestry Taskforce recently began taking inventory of ash populations to prevent further spread. The effort was welcomed by the Texas A&M Forest Service as something more communities could follow.

There are some weapons that work well against the beetles. In urban forests, Gomez says, “you can use systemic insecticides that you can inject in the base of ash trees in your backyard,” which the tree takes up and which kills the beetle larvae when they hatch. But rural forests are naturally more difficult to monitor and protect.

Luckily, foresters in some states have enlisted help in dealing with the emerald ash borers: tiny predatory wasps from the insect’s native range, which—in a bit of irony—attack the pest by laying eggs in them, causing them to be eaten from the inside by wasp larvae. (Live by the sword, die by the sword.) But while release attempts in northeastern states have met with great success, Gomez says, attempts in the hotter temperatures of the Southeast haven’t gone as well, and researchers are trying to figure out why. “We’re planning to release them in Texas at some point, but there’s more research that needs to be done.”

How, then, can people stop the spread of the emerald ash borer? Gomez recommends learning the symptoms of heavy beetle infestation. While an initial infestation has no real external symptoms, as the problem gets worse, branches at the top of the tree will begin to die, leafy shoots will sprout from the trunk, and bark will crack open to reveal the S-shaped traces of feeding larvae. (The Texas A&M Forest Service offers online resources to help communities identify borer infestations.)

The simplest way to stop the spread of the beetle, however, is to avoid moving firewood around from counties where the species is known—or, indeed, moving firewood across county lines at all. You never know if the ash logs you cut or buy might have unwanted hitchhikers looking for new forests to move into.

“People going camping often buy wood and move it to other places,” Gomez says. “That’s a very common practice. That’s why we recommend to burn it where you buy it: Buy locally, burn it locally.”