In 'Casting Forward,' Steve Ramirez, a veteran of the Marines and the police force, shares tales of hard-won wisdom and hard-fighting fish 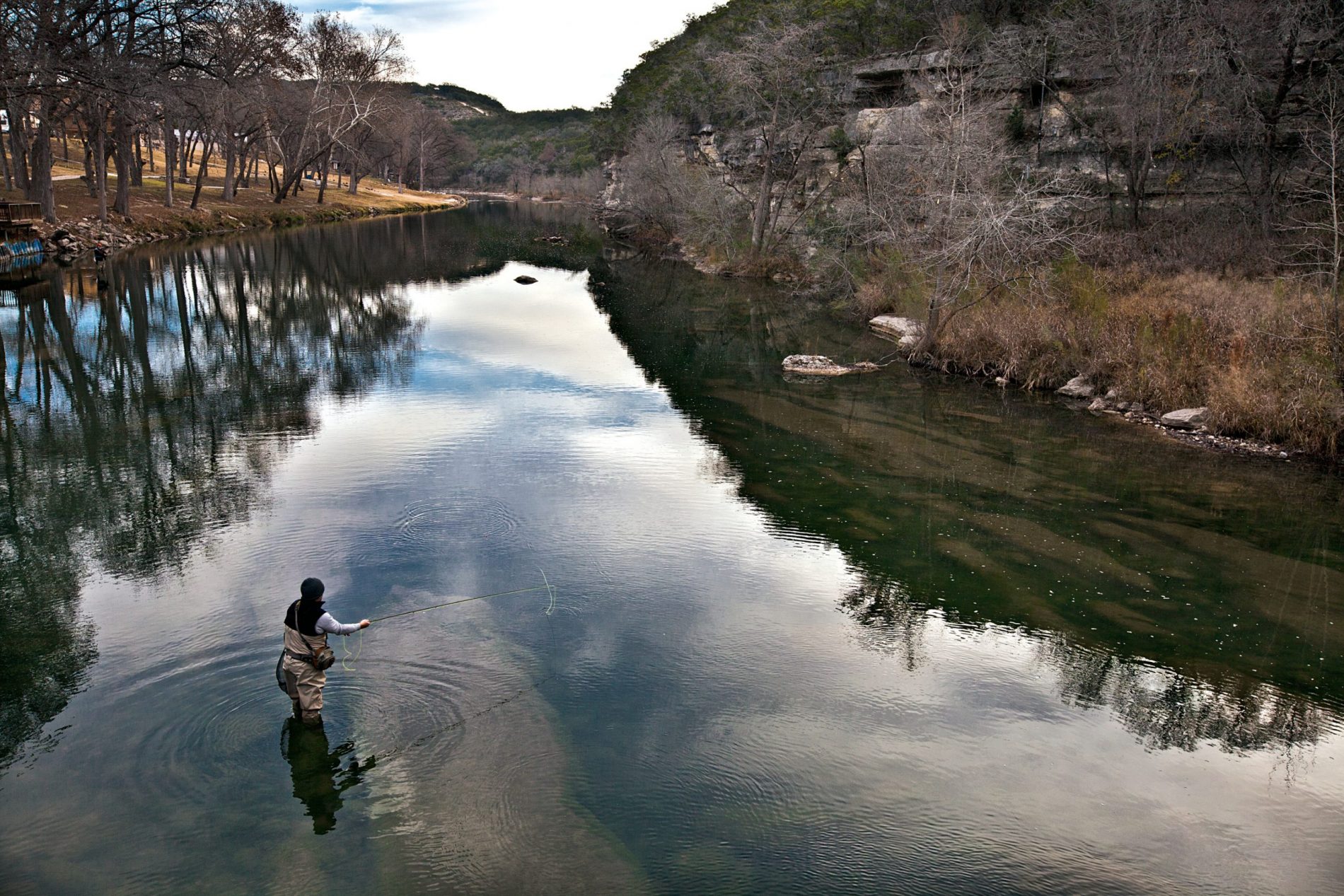 Filled with hard-won wisdom and hard-fighting fish, Ramirez unfurls a true-life tale with refreshing perspectives, pathos, unexpected laughs, and a clear-eyed Texas perspective. “The ancients say that every long journey begins with the first step; my journey began with a first cast,” writes Ramirez, a dedicated fly-fisher and conservationist.

Ramirez, 59, took an honorable discharge from the Marines in 1995 after roughly five years of military service, with postings in Europe and Africa working counter-terrorism operations. At first, he appears an unlikely warrior-poet. In late middle age, diagnosed with post-traumatic stress disorder and ready for a change of pace after 30 years in law enforcement, Ramirez sought peace and perspective in the hills and canyons of Central Texas, fishing the spring-fed creeks and rivers that define the landscape. “I wanted to show how you can turn any kind of suffering into something good,” he says. 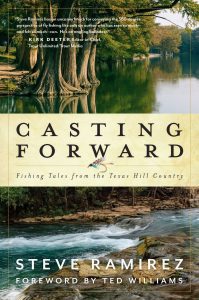 Published by Lyons Press, Casting Forward was released at the start of November, and the first printing sold out before Thanksgiving. Copies of the book are available online, and a second printing will be completed by Christmas. Thereafter, Casting Forward can be purchased wherever books are sold.

Most of the chapters are dedicated to different streams, with sections dedicated to the Llano River, the Sabinal River, the Guadalupe River, and the Devils River, among others. Throughout the book, Ramirez’s 21-year-old daughter, Megan, freshly graduated from college and facing her own crossroads, joins the author as he traverses the Hill Country.

“I got the idea for the book at the same time that I decided to do the thing of fishing with my daughter on all the rivers I could find in the Texas Hill Country,” Ramirez explains. “I wanted to write something that showed the restorative powers of nature, and also of the best of human nature. So I wanted to write something for other people out there that may struggle through these times that we are in right now—and help them to embrace the uncertainty.”

The book is peppered with quotes and adages from a variety of sources, from the Persian poet Rumi to the pioneering American conservationist Aldo Leopold. In conversation, Ramirez also cites Ernest Hemingway and Ray Bradbury, best known for his science fiction, although with 30 years experience as a freelance writer, publishing poetry and occasional short stories, the author has proven bonafides. His writing has appeared in magazines such as the Texas Sporting Journal, the Houston Literary Review, and Trout Magazine, which is published by Trout Unlimited, a national conservation organization. Trout editor Kirk Deeter calls Ramirez “an angling balladeer.” 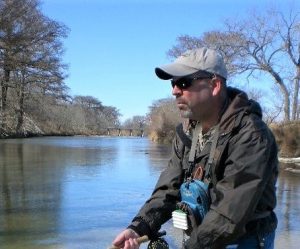 “As a fly fisherman,” Ramirez writes in the book, “I am not simply an observer, I am a participant just like the osprey, and the fish themselves. I am involved in the give-and-take, life-and-death, and the new-life circles of nature.”

On the phone, the author takes time to further address mindfulness: “Spending time in nature, no matter what we’re doing—if someone is just sitting on a rock, just sketching leaves—I think it clears your mind, and gives you perspective. … Fly-fishing is the best way I know.”

It’s clear that Ramirez hopes to reach readers who may never reach for a fly rod. His memoir models a pathway for those recovering from a wide assortment of traumas. Anybody suffering spiritual malaise in the face of coronavirus and the current political climate will likely find solace in his prose.

Ultimately with this appreciation for his beloved Hill Country, Ramirez likewise builds a solid case for saving its wild nature. “We need to stop thinking of ourselves as quote-unquote sportsmen and sportswomen,” he says, “and see ourselves as naturalists and advocates as well.”