The $154 million venue, which debuted in January, welcomes a certain pedigree of acts not typically seen in the Panhandle town 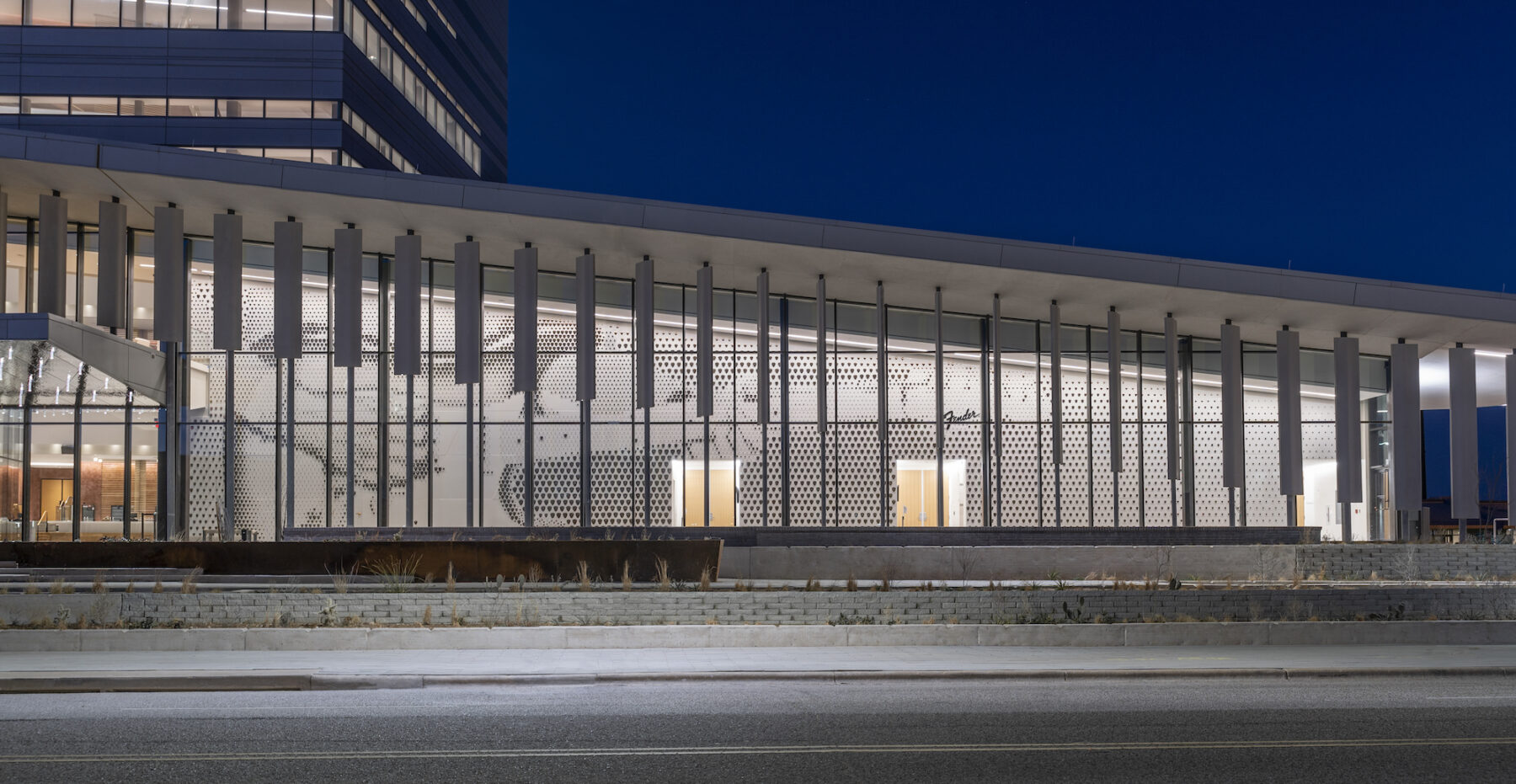 From the exterior of Buddy Holly Hall, you can see Brad Oldham’s sculpture made of 9,000 aluminum guitar picks. Photo courtesy Visit Lubbock.

At the Buddy Holly Hall of Performing Arts and Sciences, which opened in downtown Lubbock in January, there is a sculpture that bears the name of one of Holly’s musical descendants: Sir Paul McCartney. The Beatles were heavily influenced by the bespectacled rocker’s work, and now one of the Fab Four has paid homage to his predecessor by donating to building, resulting in his name being engraved on an aluminum guitar pick, just one of 9,000 that make up the art work by Dallas sculptor Brad Oldham.

Although the Lubbock-born Holly lived a short life, dying in a 1959 plane crash at 22 years old, he left an indelible print on rock ‘n’ roll. And this 220,000-square-foot, $154 million venue, which took four years to construct, honors his legacy by providing a state-of-the-art space to welcome musicians as well as dancers, comedians, and actors. The sound quality at Buddy Holly Hall compares to top venues across the country, like the Bass Performance Hall in Fort Worth and the Kennedy Center in Washington, D.C.

Although the Hall opened in January, its bookings are just starting to pick up due to easing COVID restrictions. Upcoming shows include Bill Maher’s stand-up and concerts by Amy Grant, ZZ Top, and Clint Black, as well as a touring Broadway series that includes Anastasia, Rent, Jersey Boys, Beautiful: The Carole King Musical, and, of course, Buddy: The Buddy Holly Story. Add to that a schedule of symphony and ballet productions. Most shows have sold out, and several are adding second performances to accommodate the enthusiastic audience. 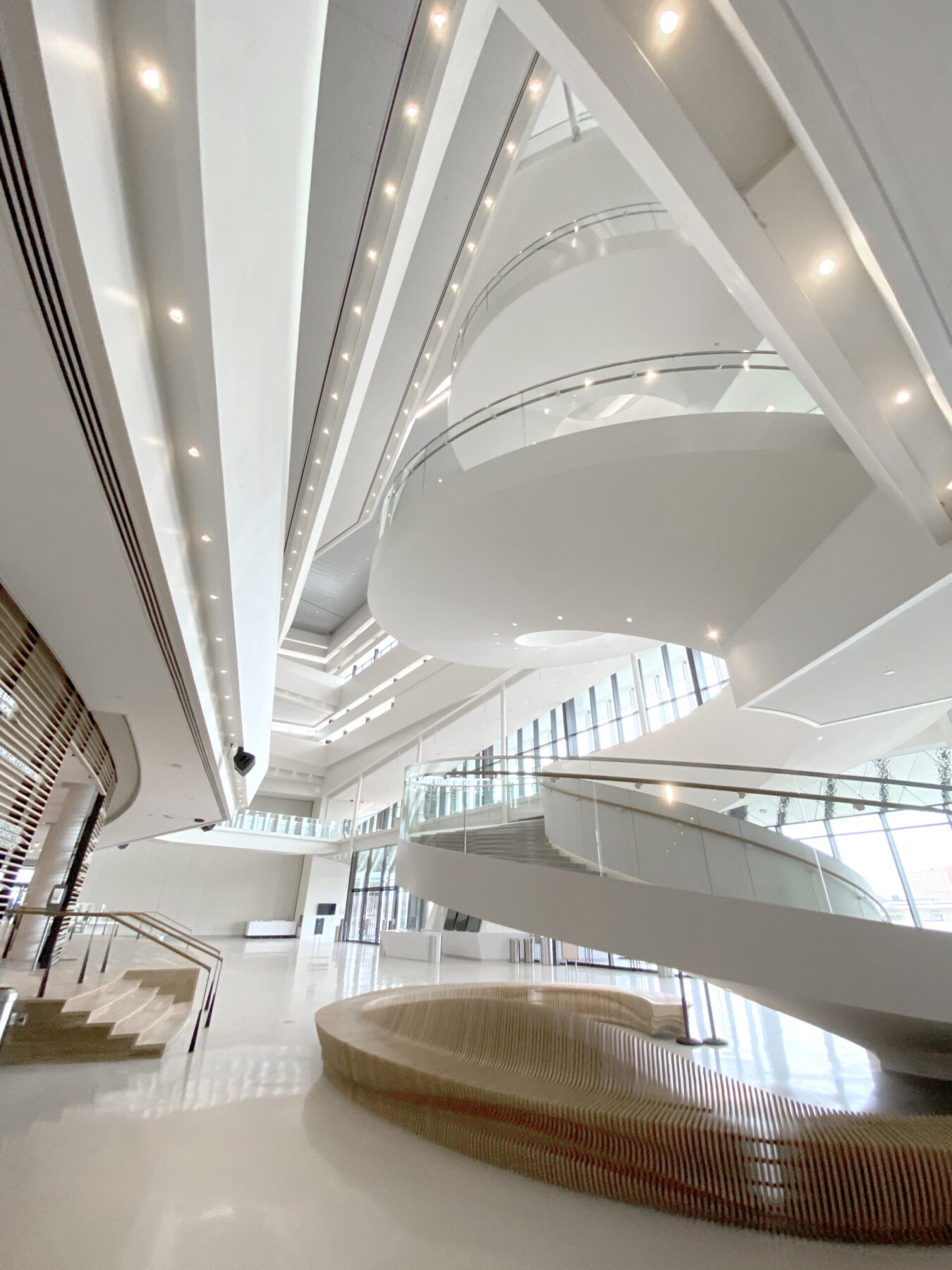 Just inside the front doors, attendees will notice a massive spiral staircase spins the eye upward to balconies high above. Beyond the lobby, a main theater and a smaller “studio” theater both offer world-class sound systems. When Tim Collins, board chair of the Lubbock Entertainment/Performing Arts Association, shows visitors around, he likes to point out the sophisticated level of engineering. “Listen,” he says, while standing in the smaller 420-seat theater named for Buddy Holly’s band, The Crickets. “What do you hear? Nothing. No air-conditioning, and it’s 90 degrees outside. No airplanes, and we’re right in the airport’s flight path.”

It’s important, Collins points out, that the city that gave the world a music icon commemorate the contribution. “We are giving aspiring performers of all ages the opportunity to train in the highest-quality environment,” Collins says. “The next Buddy Holly is in our midst, and the Hall pays tribute to the legacy and inspiration Buddy still provides today.” 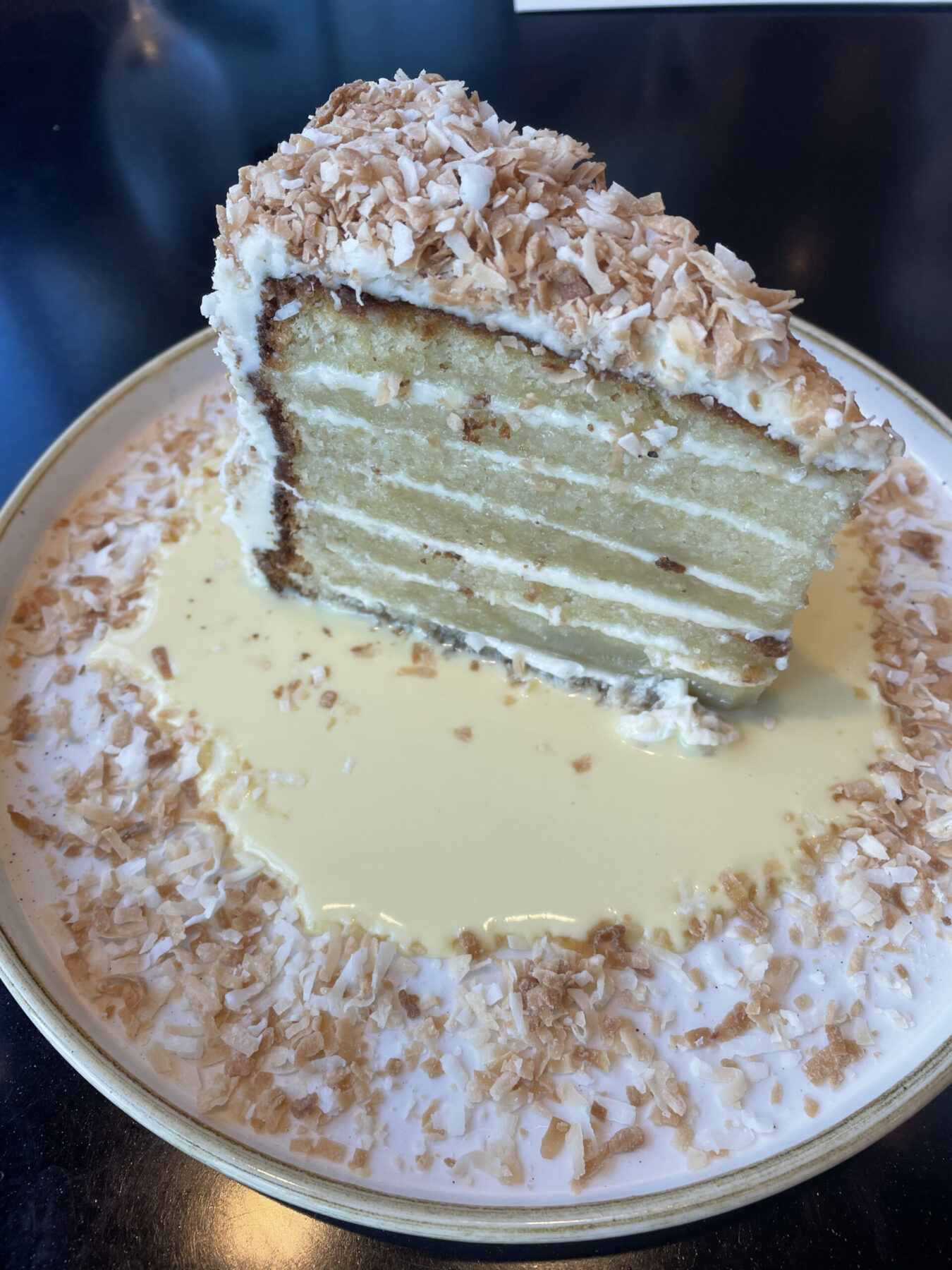 Seven-layer cake from Rave On, the Hall’s restaurant. Photo by June Naylor.

Whether a show is scheduled or not, the Hall’s restaurant, Rave On, is open to diners. Named for one of Holly’s hit songs, the restaurant features floor-to-ceiling windows looking out at a patio and green lawn. Start with a Chilton, Lubbock’s famous vodka-lemon-soda cocktail, and follow with buffalo cauliflower, cast iron-seared filet mignon, and au gratin potatoes. Once you finish a slice of seven-layer coconut cake, you’ll be singing, “it’s so easy to fall in love.”