The food blogger and Cooking Channel star shares his first-time experience at the world-renowned barbecue spot. 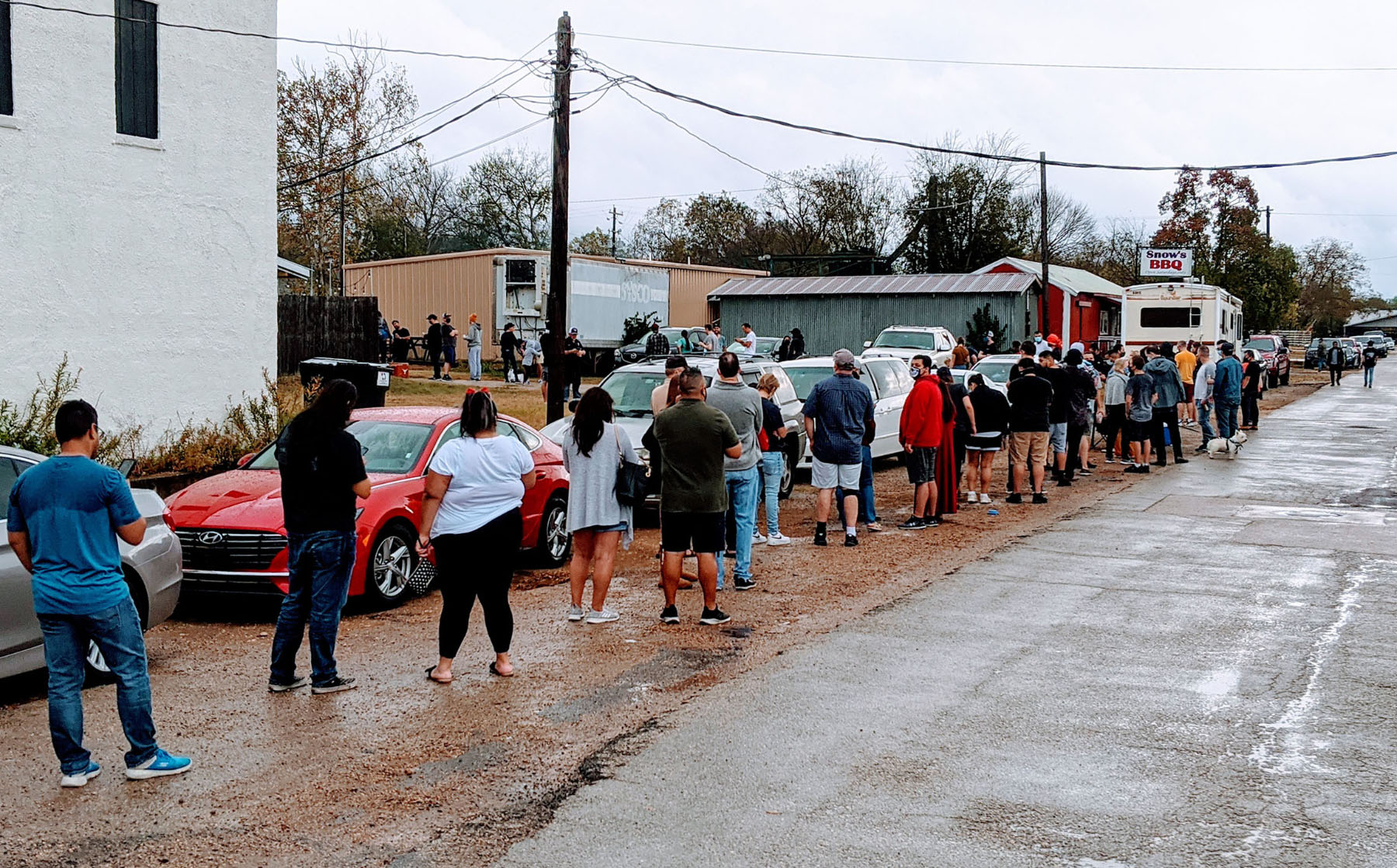 I’m an accidental Texan. As a proud L.A.-to-Austin transplant, I have no shame in my preference for In-N-Out over Whataburger, I marvel at why anyone needs to go shopping at Cabela’s, and, yeah, the Houston Astros totally cheated.

That’s not to say I’m stuck in my ways though. My excursions into the wilds of Texas have been eye-opening. The natural beauty of Wimberly reminds me of daytrips to Santa Barbara wine country. During this pandemic, my family and I have even gone camping, a notion that my previous self would have envisioned as a plotline for a ’90s sitcom. Maybe even an ’80s one.

But when it comes to food, I’m always up for an adventure. I spent the last four years of my life exploring American food landscape on Cheap Eats, my TV show for the Cooking Channel. I literally ate my way across the country, venturing through 40 states and 59 cities. So, a trip out to Lexington for the highly anticipated reopening of Snow’s BBQ on Saturday was a no-brainer.

Snow’s has been a Texas barbecue institution for years. Open only on Saturdays, the joint is known to have long lines and great food. When COVID-19 started spreading in March, it adapted with a shipping-only business. So, after the place had been closed to the public for nine months, along with its newfound fame in the Netflix series Chef’s Table: BBQ, you got yourself a line for the ages at Snow’s.

When I arrived a little past 8 a.m., the line was intimidating, to say the least. Owner Kerry Bexley told me that upon his arrival at 3 a.m., 30 or 40 people were already in line. “This is probably the longest line we have had since opening up in ’03,” he said. I talked to people that had arrived the night before. Yup, an all-nighter for barbecue. Seriously.

Yoni Levin, host and producer of the barbecue podcast “Best BBQ,” has been coming to Snow’s every Saturday since 2017. He arrived at 5:15 a.m. to wait in line. He recommended the brisket and added that “Ms. Tootsie’s chicken and pork steak are legendary.” 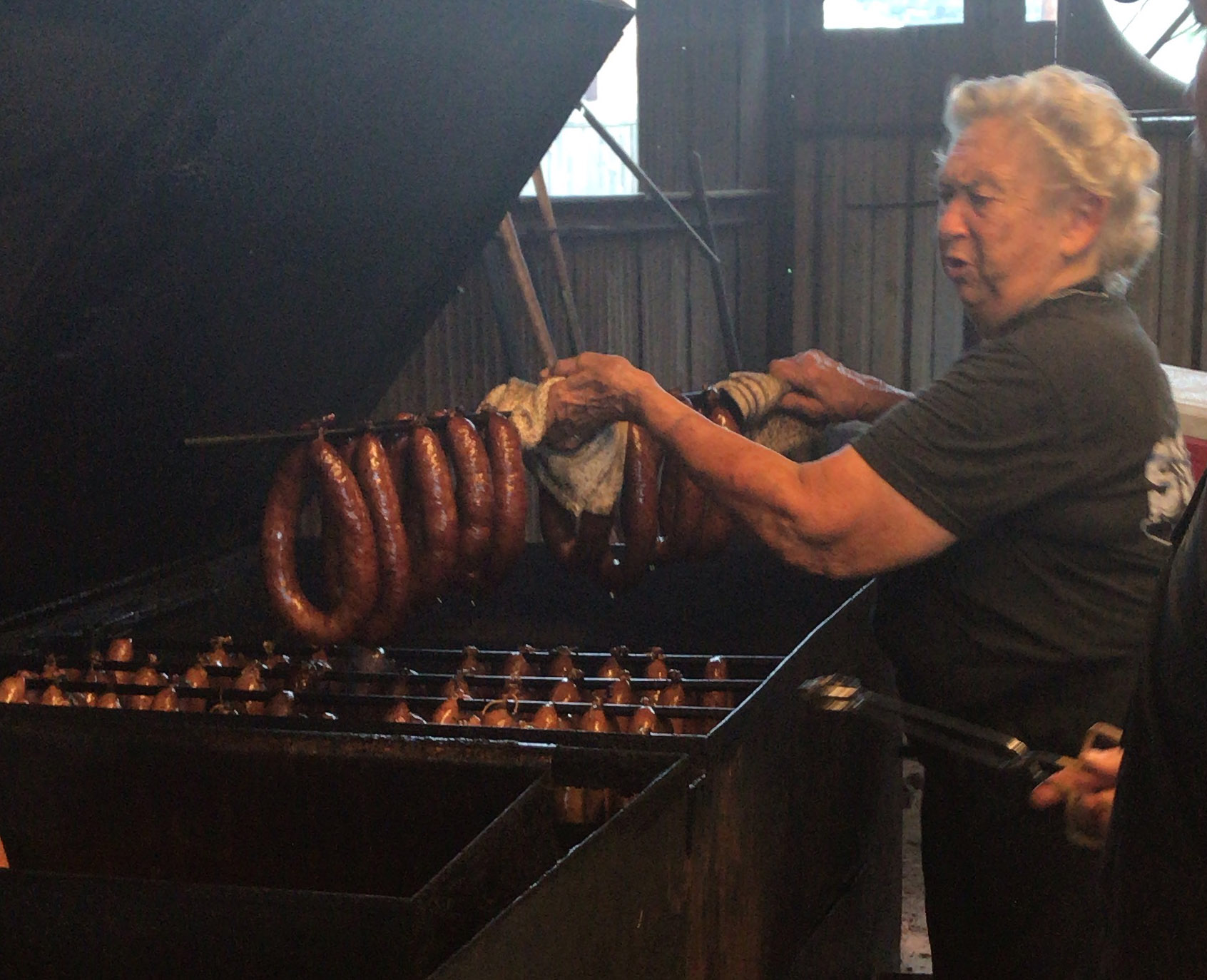 Ms. Tootsie is, of course, Tootsie Tomanetz, Snow’s 85-year-old pit master and star of the Chef’s Table episode. She was out in full force, working the pits and waving at fans. “I had to meet her, I’m here for her, I wanna hug her,” said first-time visitor Julie Villareal, who came primarily because of the Netflix series. I understand the feeling, I was starstruck when I saw her, too.

It was a scene for sure, and it was the longest I have ever waited to, well, do just about anything. After almost five hours, I finally got up to the counter to order some food—only they had just about run out of everything. I walked out with some sausage and some refrigerated brisket to be reheated at home. It didn’t matter, though. The wait alone made the experience worth it. A customer named Jennella but who goes by “J” shared the sentiment. “Talking to strangers and having a good time, along with eating great barbecue,” she said when I asked her why Snow’s was her favorite.

“There’s not a better group of people than the people that travel for barbecue,” Bexley said. After waiting all those hours, I certainly got a sense of that. You chat with strangers with whom you have little in common, including folks whose private conversations included political viewpoints that were remarkably different from my own. It didn’t matter because we were all here for the food. In these divisive times, it was a reassuring experience, knowing that you can get along with people even if you don’t always see eye to eye on certain things.

That’s not too say my experience was all a bed of roses. Despite the owner’s wish that COVID-19 stays at bay so he can stay open, not everyone in line was wearing masks, and 6-foot social distancing wasn’t enforced. I, for one, will be taking a polymerase chain reaction test this Wednesday.

Nor can I say the barbecue was the best I’ve had, despite the hours of waiting. But given the circumstances of the day, I’ll be giving Snow’s a second shot. After all, they made five hours of waiting for food just about one of the more memorable food experiences I have ever had. And I’m always up for that kind of adventure.