Hooked on Horns: Where to Find the Largest Collections of Longhorns in Texas

Record-holding or not, the collections in Big Spring and San Antonio are nothing to buck at 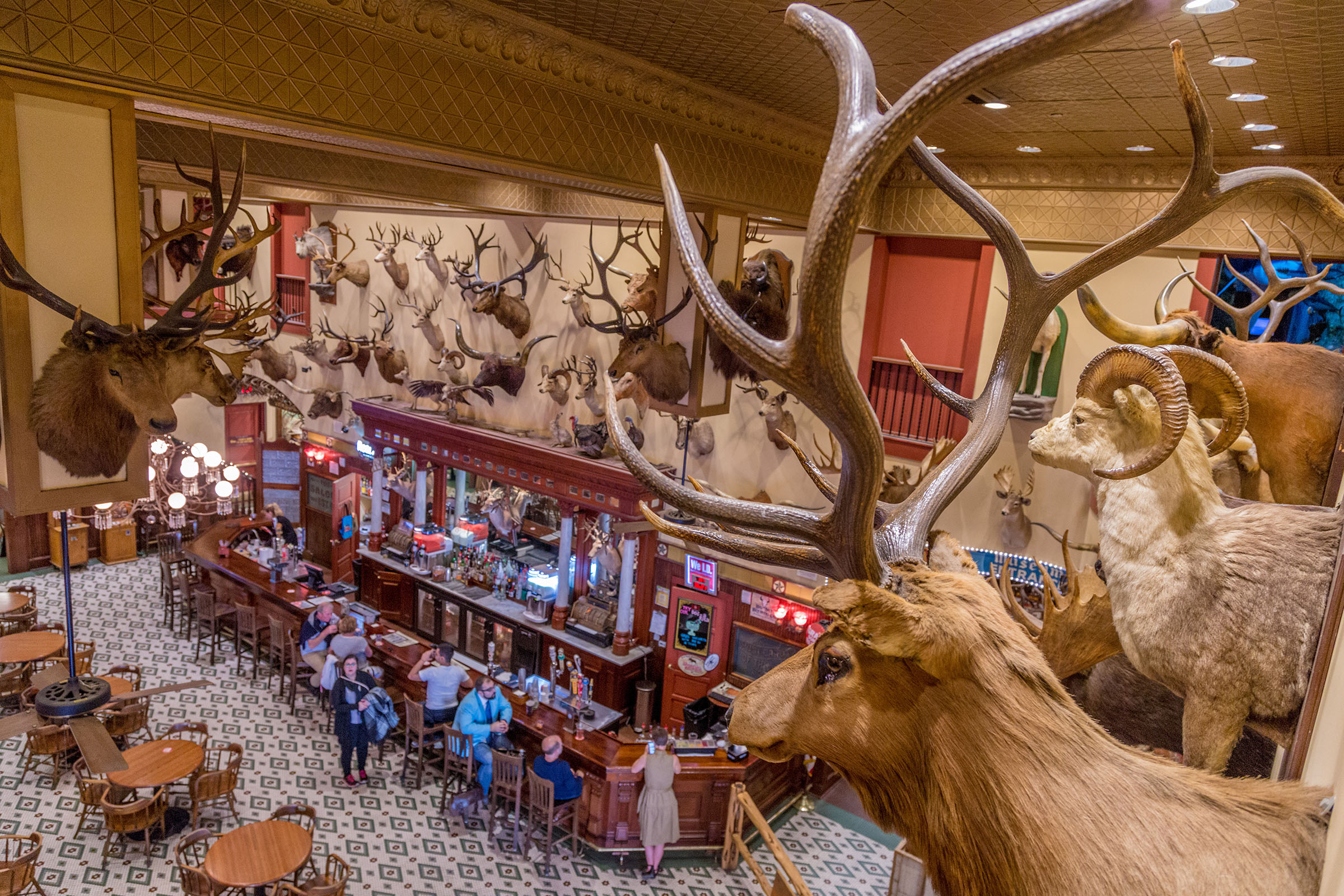 The Buckhorn Saloon and Museum in San Antonio has a collection dating back to the 1880s. Photo by Will van Overbeek.

Even with its association with a chain of rustic restaurants and a very popular college football team, few words in the English language evoke Texas more than “Longhorns.”

The breed of American beef cattle, with their beautifully expansive horn spread, began appearing after the breeding of Spanish and English cattle in the 1820s through 1830s, according to the Texas State Historical Association. The image of these horns mounted on, say, a vintage Cadillac is the epitome of Texas largesse (or a gross stereotype, depending on your point of view).

But seeing the horns in person, whether on a live steer or in several longhorn collections around the state, can raise in any Texan a feeling of pride and wonder. The way the lengthy horns curve gracefully, and the coloring, which can combine hues of sepia, black, and cream, are best appreciated in person. The horns are also much, much longer than one might imagine. The Heritage Museum of Big Spring, for instance, has a mounted set of horns (no longer attached to the cattle) that measure 10 feet, 6 inches long from one tip to the other. It’s part of a collection of more than 54 mounted horns that dates back to 1929, when a local man was gifted a set of horns and started collecting them. His son carried on the hobby when his father died.

Tammy Schrecengost, the director of the museum, says Earle Read had the collection mounted and on display in a room at his hotel. Eventually, in 1971, the collection joined the Heritage Museum. She said the horns have “always been a mainstay that people are attracted to.”

In downtown San Antonio, The Buckhorn Saloon and Museum includes a room adorned with mounted horns, as well as full taxidermized cattle, including Old Tex, still bearing majestic 8-foot horns. The story goes that San Antonio collector Albert Friedrich acquired Old Tex in 1921 and used to remove the horns from the steer mount every night to protect them in a safe. The museum’s collection today features 59 mounted sets, plus two life-size mounted longhorns, and 351 sets of the longhorn breed made into furniture including chairs, pot holders, tables and mirrors.

Because size matters in Texas more than anywhere else, the question of world records continues to come up. Neither the Buckhorn nor the Big Spring museums are willing to say whether they have the largest longhorn collection on record (it gets into matters of whether some offshoot breeds are considered true longhorns and how many are on display versus in storage). But on the matter of who has the largest set of horns, there’s much more discussion.

According to Guinness World Records, only one longhorn-related category exists: “Longest horn spread on a bull living” and that has belonged to Cowboy Tuff Chex of Lawton, Oklahoma, since 2019. The spread is 262.5 centimeters, or about 8.6 feet.

With mounted horns (those not still on the cattle), there’s much more room for interpretation, including how the “tip-to-tip” is measured (are you measuring straight across or running the tape measure along the horn where it curves—in other words, measuring direct distance or taking the scenic route) and whether they are mounted on leather holders that increase the width past the typical 12 inches of a cattle’s head.

That’s what John Stein, the trophy collections curator and historian at the Buckhorn, says. “Measuring shoulder-mounted versus on a plaque? That’s not the same kind of measuring,” Stein says. “If you measure the curve and it’s mounted with leather in between, it’s always going to be more.”

Stein says he’s certain records like the one Guinness currently holds will continue to be broken with modern breeding. “They’re just going to get bigger and bigger and bigger,” he says, “The old time longhorns were 100-percent Mother Nature.”