Full of recipes and anecdotes, the tome dives into this Gulf Coast region's food culture 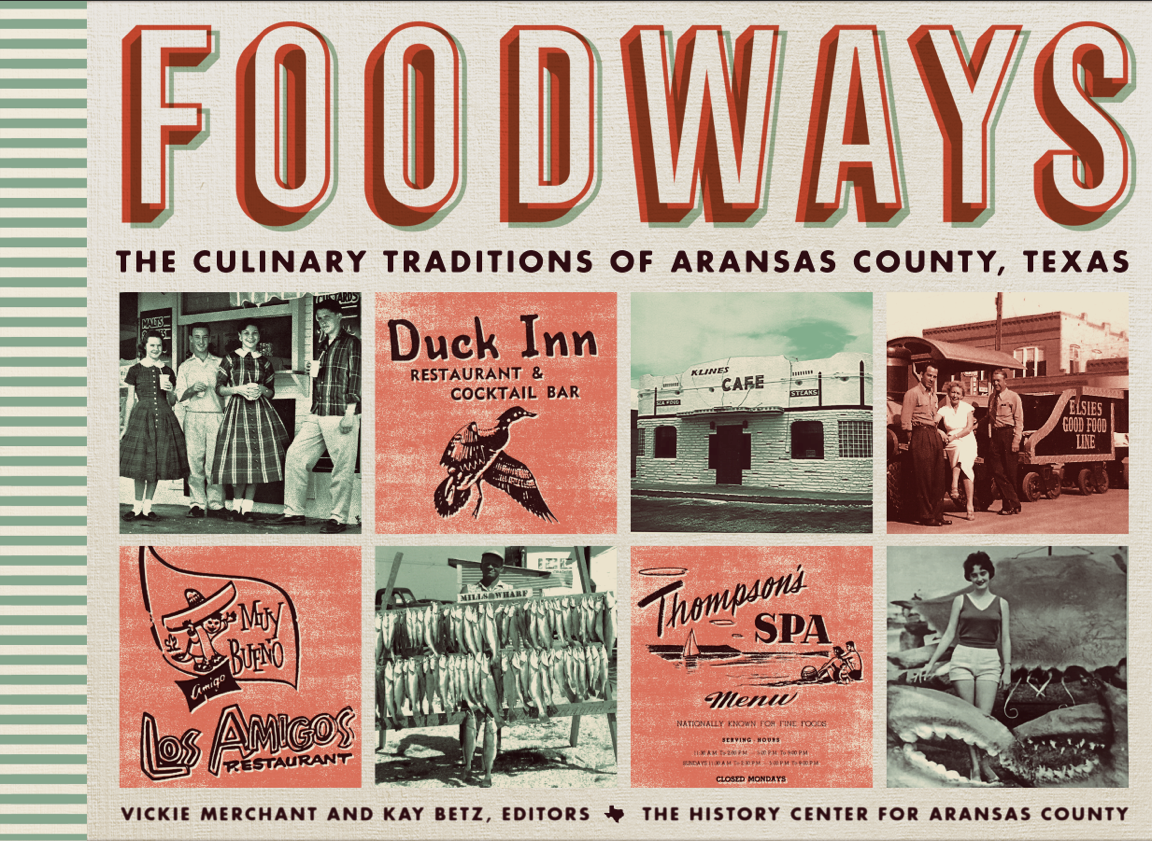 The book, which features 87 recipes, examines the history of food in the area, from the Karankawa tribe to turtle canneries established after the Civil War to current restaurants and food festivals. Researching and collecting stories and photographs for Foodways was a labor of love by a pair of History Center volunteers, Vickie Merchant and Kay Betz, and many local contributors.

A 2017 History Center exhibit inspired the idea for the book. After Hurricane Harvey hit (which luckily did little damage to the History Center’s building), the museum had to close the exhibit and make room for the Justice of the Peace, who’d been displaced from the damaged courthouse. Because the exhibit had been so popular, the museum brought it back the following summer. The staff set out a sign-up sheet for a potential book based on the exhibit, and 230 people signed up to pre-order.

Using Sue Hastings’ Aransas: The Life of a Texas Coastal County as a jumping off point for research, the editors reached out to Rockport residents on social media for their stories and memories of local restaurants, groceries, and fisheries. Merchant and Betz, the book’s editors, interviewed people and collected oral histories. “These are the stories you never hear—they wouldn’t be in a history book,” Merchant says.

The book ranges from anecdotes and recipes from community members and from restauranteurs like Karey Johnson Swartout of GLOW, as well as researched histories on local agriculture and industry.

One chapter is dedicated to restaurants, with shout-outs to favorites like The Boiling Pot, Charlotte Plummer’s Seafare Restaurant, and Duck Inn. The lesser-known restaurants have their own charming stories, as well. Long-gone Cheez’s Café, run by Charles “Popo” Cosby out of his own house, served up dishes to fishermen. If a patron wanted a coffee refill, they had to go to the kitchen and refill everyone else’s cups, too.

Del Mar Grill, which closed in 1965, was famous for its 25-foot-wide “Big Blue Crab” statue that sat on top of the restaurant. In 1966, the crab was moved to a park for better tourist photo opportunites. Over the years, the crab has been destroyed, rebuilt, and destroyed again (including in Harvey), but there’s a current campaign to put up a brand-new version of the crab.

Stories like these fill the pages of Foodways and show how people over the centuries have found ways to live and thrive off the land and bay.