Small-Town Business Spotlight: No Stranger to Hard Times, Salado Pivots to Stay Afloat During the Pandemic

"When you are forced to make changes, you do those things that you were maybe lollygagging on before." 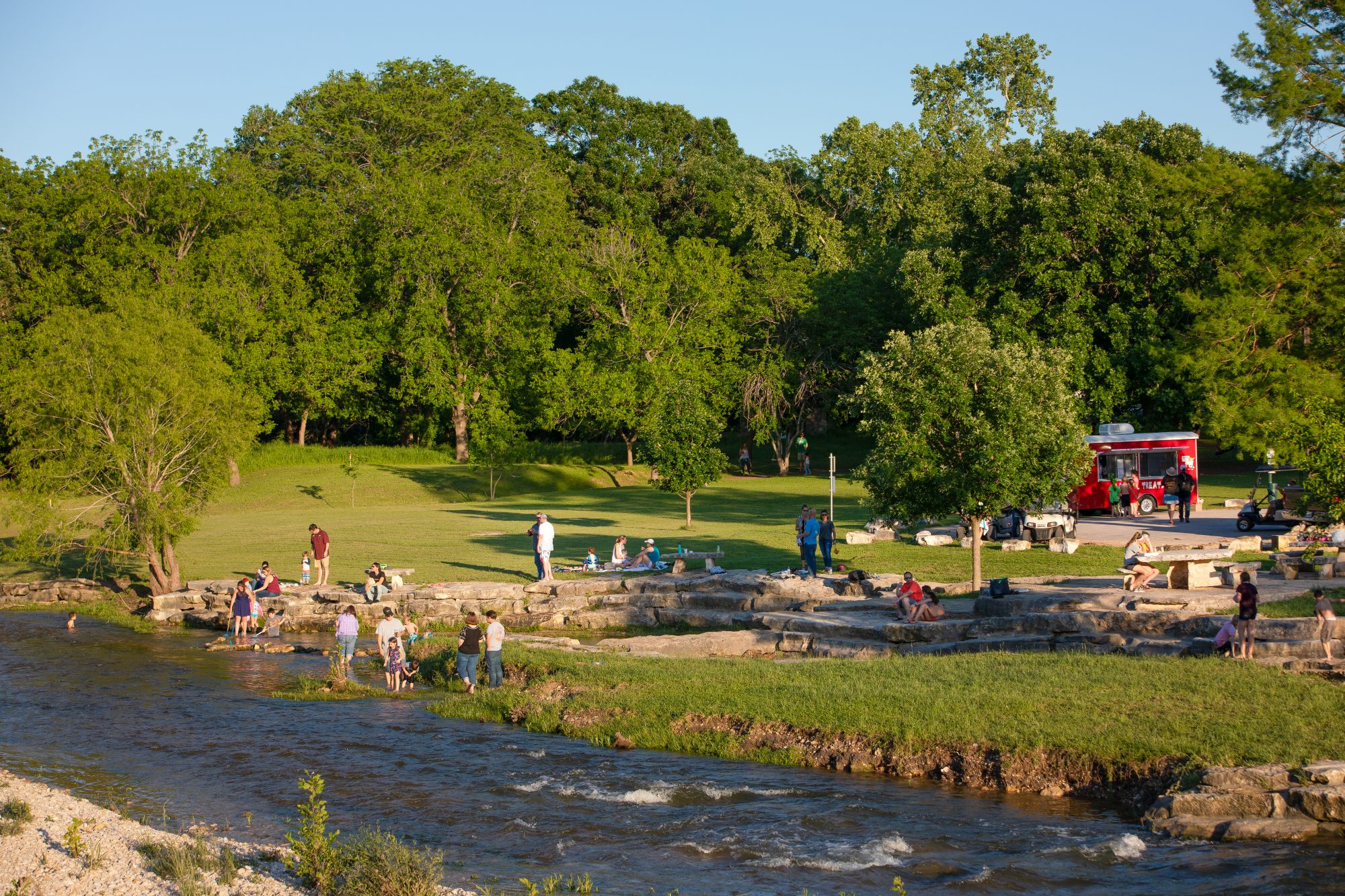 Mr. Van Bibber made me do it. I had to order his Strawberry Kiss dessert, the Stagecoach Inn Restaurant’s piece de resistance that beckons travelers to Salado just to dip their spoon into this ice cream topped merengue confection slathered in strawberry sauce. My husband and I were dining alone in the colonial-style Dion Van Bibber room where four portraits of the late Van Bibber, former owner of the Stagecoach Inn and founder of this celebrated restaurant, deck the walls. For the sake of ample social distancing, Paul, the amiable host, sat us in this separate room where a painting of Van Bibber, dashing in his beret, stared at me, daring us to try the Strawberry Kiss. So we did. Now we know why dessert alone can be worth the trip to Salado. 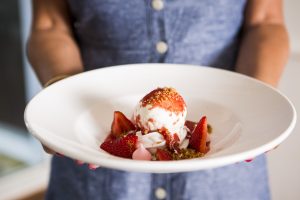 I find my eyes drifting to the only other diner I can see in this restaurant of widely-spaced diners. Just outside the doorway to the adjoining room, a little boy about 3 years old sits with his legs folded beneath him and spoons into a bowl of ice cream, his mom by his side. This little fellow can’t fully understand that he’s living through the world’s biggest crisis since World War II. And like the English during the Blitz in 1940-41, families are doing their best to safely live normal lives, keeping calm and carrying on.

The Stagecoach Inn and its hometown of Salado are skilled at keeping calm and carrying on despite setbacks. A thriving farming community in the mid-1800s, Salado was economically vibrant enough to launch its own college in 1860. But, due to economic shifts, by the 1950s the population had dwindled to 250.

Salado then rebounded as an arts community and tourist draw as artists and retirees sought out this scenic spot on Salado Creek. A new challenge arose in 2012 with the five-year project to expand Interstate 35, which slices along the edge of town. The construction brought dust and noise to Salado and took a toll on the town’s tourism.

But then came the spiffy restoration of the Stagecoach Inn, drawing travelers back once again to lounge by its retro-pool and enjoy the stylish amenities of its revamped mid-century modern lodging, accented by details like soft striped robes and sweet-smelling bath soaps. This town is no stranger to ups and down.

When K.D. Hill and her husband, Graydon, launched Salado’s Barrow Brewing Company in 2015, Salado was on the cusp of another wave of upward momentum. Housed in a spacious former granary on the edge of Salado Creek, the brewpub became a popular town watering hole, with pizza and coffee trucks parked on the premises enhancing the draw. When COVID-19 closed the brewery down in March, they, like other small local businesses, survived with online sales and curbside pick-up. And, even better, they found new pursuits to keep them afloat. 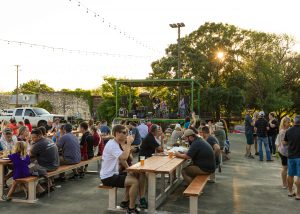 “We’ve pivoted,” K.D. Hill says. “The greatest thing we are doing is the farmers’ market.”

The Hills erected an enormous white tent to cover the farmers market and serve as a beer socially distanced garden before all bars were required to shut down.

“We’ve been doing the farmers’ market for four years, but this year people are really showing up,” she says. “It’s meeting that need for people who want to go local and support our town. The vendors sell everything from smoked salts and micro greens. A lot of these folks are people who lost their jobs—small entrepreneurs who are just trying to get by.”

Barrow Brewing Company does not charge the market’s vendors, and many are now seeing record sales here in Salado. A jam vendor told Hill that he’d seen his best day of sales in 17 years: “He just told me today, ‘Even my bad days this year are better than my good days before the virus.’ Salado is really supporting the local growers.”

Another successful pivot for Barrow Brewing Company is baking. The company’s beer salesman and pizza truck manager are baking aficionados, so to diversify during the pandemic, they decided to use their yeast to make sourdough.

“Our first week making sourdough bread we didn’t know what we were doing,” Hill says, “but we sold out, because people just wanted to support and keep us alive. The bread is actually good now, so I want to build a bakery. When you are forced to make changes, you do those things that you were maybe lollygagging on before. And we just have to find a way to keep our employees employed. It’s a shift and a slowing down, and small business will keep pivoting and trying to serve. That’s why we came to Salado in the first place.”

Keep calm and make sourdough. Something tells me that the resilient Barrow Brewing Company would survive the Blitz just fine. As would the Stagecoach Inn. It has, after all, survived so much. Van Bibber overcame the tumult of history. He flew jets in World War I and then opened this restaurant in 1943 in the midst of the second World War, carrying on to become an anchor in the Salado community as well as a proud purveyor of the Strawberry Kiss.

These are hard times, but Salado, with the support of many loyal locals, knows how to pivot.