Women played remarkable roles in the railroad industry, including one who become the world's first female railroad surgeon 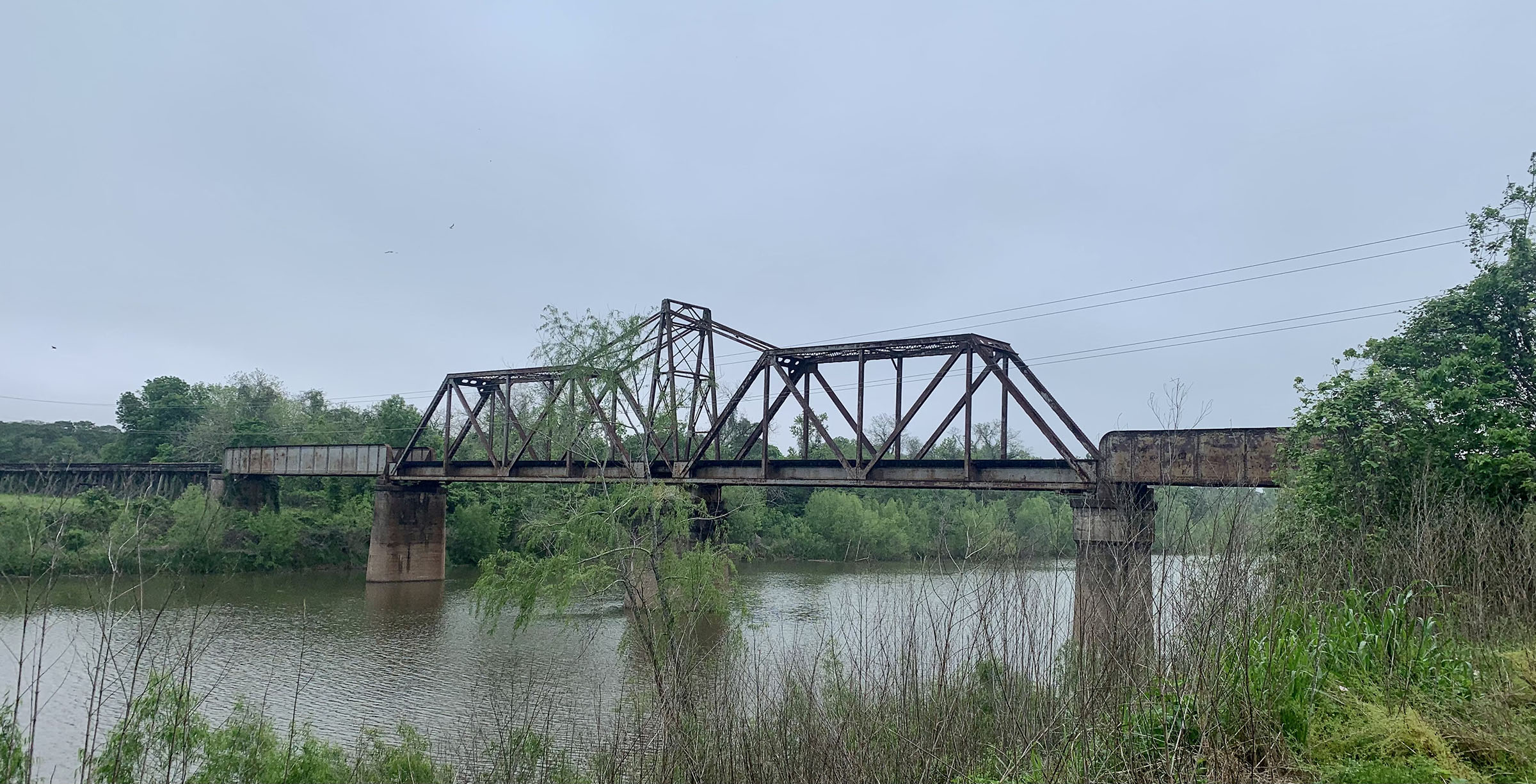 Passenger trains are rare in Texas, so it’s easy to forget the paramount importance of railroads in the settlement of this country and the everyday lives of Americans. They were especially pivotal from roughly 1870 and 1950.

The construction, maintenance, and operation of the railroad system was a monumental endeavor that created thousands of jobs. Operationally, there were engineers, coalers, firemen, porters, ticket agents, conductors, and stationmasters, to say nothing of the miners who provided the fuel or the factory workers who built the rolling stock.

And as with virtually every other endeavor of that era, women and minorities had to fight their way into the workforce. Move Over Sir: Women Working on the Railroad, a small exhibit at the Brazoria County Historical Museum in Angleton, reveals the contributions women have made to the American railroad industry over the past 150 years, spotlighting several individuals who smashed glass ceilings in their respective jobs.

The exhibit can be seen along with a permanent installation that chronicles rail in Brazoria County, from its origins hauling sugarcane and cotton to market in Houston and Galveston, transporting commuters to jobs at chemical plants in Freeport during World War II, and, today, moving petroleum products and Texas rice to everywhere.

Patricia LaBounty, curator of the Union Pacific Museum in Council Bluffs, Iowa, assembled the Move Over Sir exhibit, mostly out of old Union Pacific and labor magazine articles. She views this collection as a gateway for scholars and a starter kit for small museums, where they can build on it with local artifacts and memorabilia.

One of the individuals spotlighted is Iowan Amelia Bloomer, who LaBounty credits with indirectly helping women into the railroad workforce as part of her broader efforts at dress reform. “Safety was a big deal with the railroad and those huge Victorian dresses were deadly; they would get caught in wagon wheels or would catch on fire,” she says. “Amelia Bloomer advocated for a more pragmatic approach to clothing to do more than they could have previously.”

Her innovation? The billowy Middle Eastern/Central Asian-inspired trousers that bear her name to this day.

The invention of the telegraph also provided women with opportunities to get their first railroad jobs. “Telegraphy enabled women to get jobs as clerks,” LaBounty says, and adds that the same goes for wartime eras. “From the Civil War forward, women filled the jobs soldiers left behind.”

Sometimes these jobs were only temporary. Included in the exhibit is the story of Irene Friesen, a Nebraska woman hired as a telegrapher during World War II. Admittedly in over her head at first, Friesen eventually mastered the job and others, rising to the position of station agent in her hometown. Peacetime, however, was a mixed blessing for her. On one hand, the war was over, but on the other, it meant the end of her career. Of her replacement, Friesen wrote in her diary: “He was a veteran, so I didn’t fight it.” Instead, she enabled her husband to take her place in the workforce by training him to be a telegrapher.

With the Civil Rights era, something approaching equality emerged: the Union Pacific’s first female engineers. Bonnie Leake was based in Las Vegas, LaBounty says, and had to cash her paychecks at casinos. “No bank believed a woman had such a big paycheck,” she says, laughing. A few years later, Edwina “Curlie” Justus became the company’s first Black female engineer, her husband following her into the profession shortly thereafter. (Justus, now retired, has just released an autobiography.)

For those interested in the role of women in particular, make a day of it on a Saturday and head down to the nearby town of Brazoria. There, the Brazos Valley Rail Society operates a small museum housing collections of railroad memorabilia and an ever-evolving, historically accurate HO-scale model train set depicting real scenes of the Brazosport area, including replicas of local bridges, rice silos, chemical plants, canecutters on prison farms, and much more. (Construction on the diorama began in 1993 and continues today.)

A historical marker in Brazoria also reminds us it was the hometown of Dr. Sofie Herzog, one of the most remarkable women in both Texas and American railroad history. A native of Vienna, Herzog began her medical training there and completed it in New York City, after immigrating with her husband, who was also a physician. 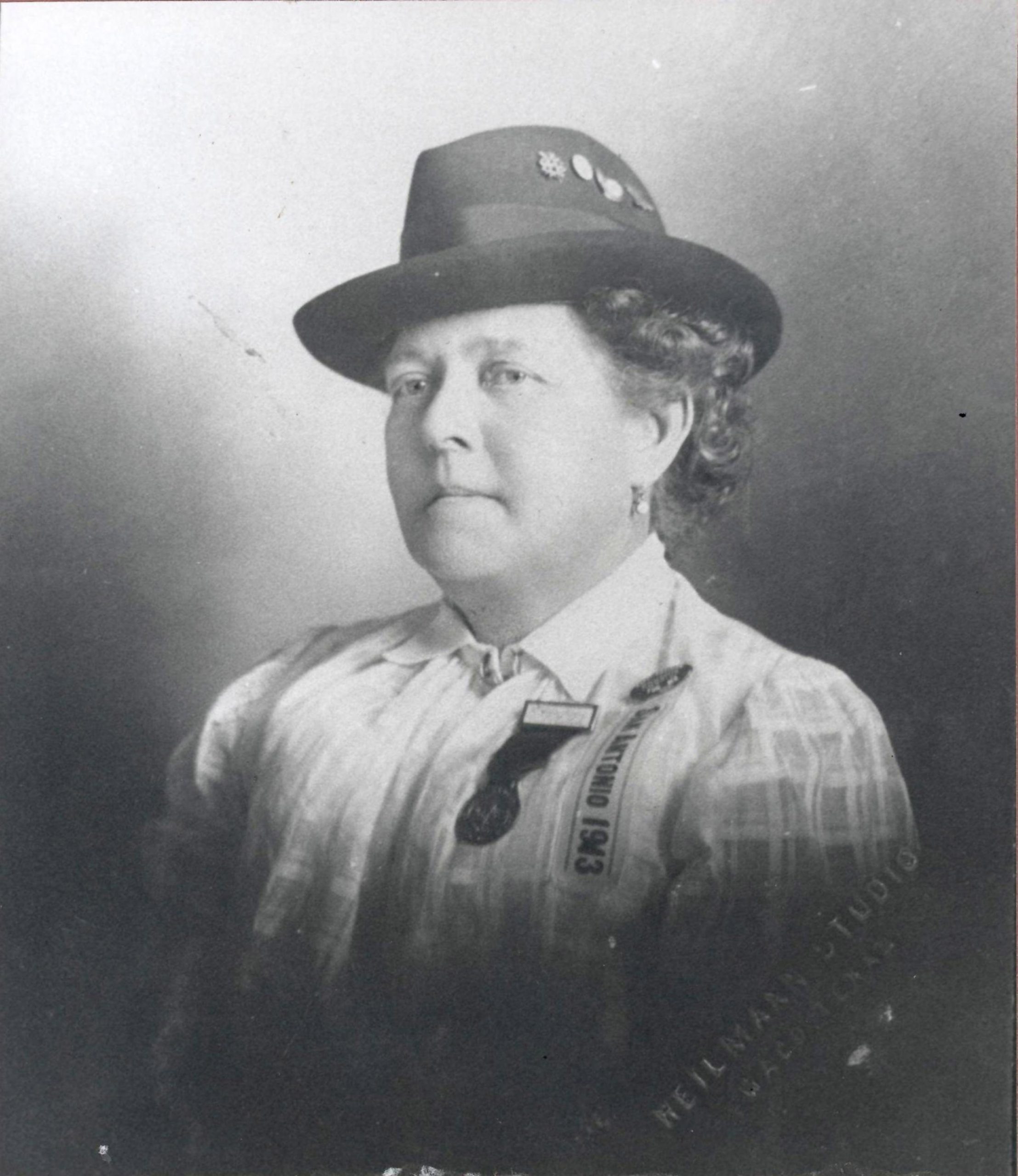 On becoming a widow, “Dr. Sofie” followed her daughter—one of her seven surviving children of the 15 she gave birth to—down to Brazoria, the hometown of her new son-in-law, around 1895 or ’96, when she was about 50. There, she set up shop as a combination OB-GYN, general practitioner, and what amounted to be a combat surgeon in the rough-and-tumble town.

Along the way, she developed a new method of removing slugs from gunshot victims. According to Dorothy Riggs Pekar of the Brazos Heritage Foundation, Dr. Sofie rejected digital probing, believing that method to be fatal more often than not.

“If she probed at all she used only a sterile finger,” Pekar wrote in a biography of Herzog. “She would then position the patient so that gravity would ‘bring the bullet to her.’ In the case of abdominal wounds, she would hang the patient a couple of inches above the bed. In every case, she reported that the bullet ‘came to her’ within 24 hours and that every one of her first 17 patients was up and about by the 12th day ‘ready to shoot or be shot at any time.’”

She kept all these spent slugs—eventually around two dozen—and fashioned them into a necklace she wore daily and to the grave. That grit won her the attention of railroad barons then building the St. Louis, Brownsville, and Mexico line through Brazoria, and they hired her in 1904 as what is believed to be the first female railroad surgeon for a major railroad in the world. Railroad medicine was a specialized field heavy on grisly injuries. “Lots of crushings and lost limbs and digits,” LaBounty says.

Dr. Sofie’s slug necklace was not her only eccentricity. Her office was decorated with rattlesnake skins, antlers, trophy heads, and, as a pièce de résistance, a stuffed 13-foot alligator.

And she astounded the town in many ways, not least by regularly riding astride her horse, Western-style, wearing, you guessed it, bloomers.

Move Over Sir: Women Working on the Railroad runs through April 30 at the Brazoria County Historical Museum. The Brazos Valley Rail Society’s museum and model train set is open every Saturday from 10 a.m. to 4 p.m.