The Texas Book Festival Goes Online for Its 25th Anniversary

The annual festival will include talks and readings with 125 authors via livestreams starting Oct. 31 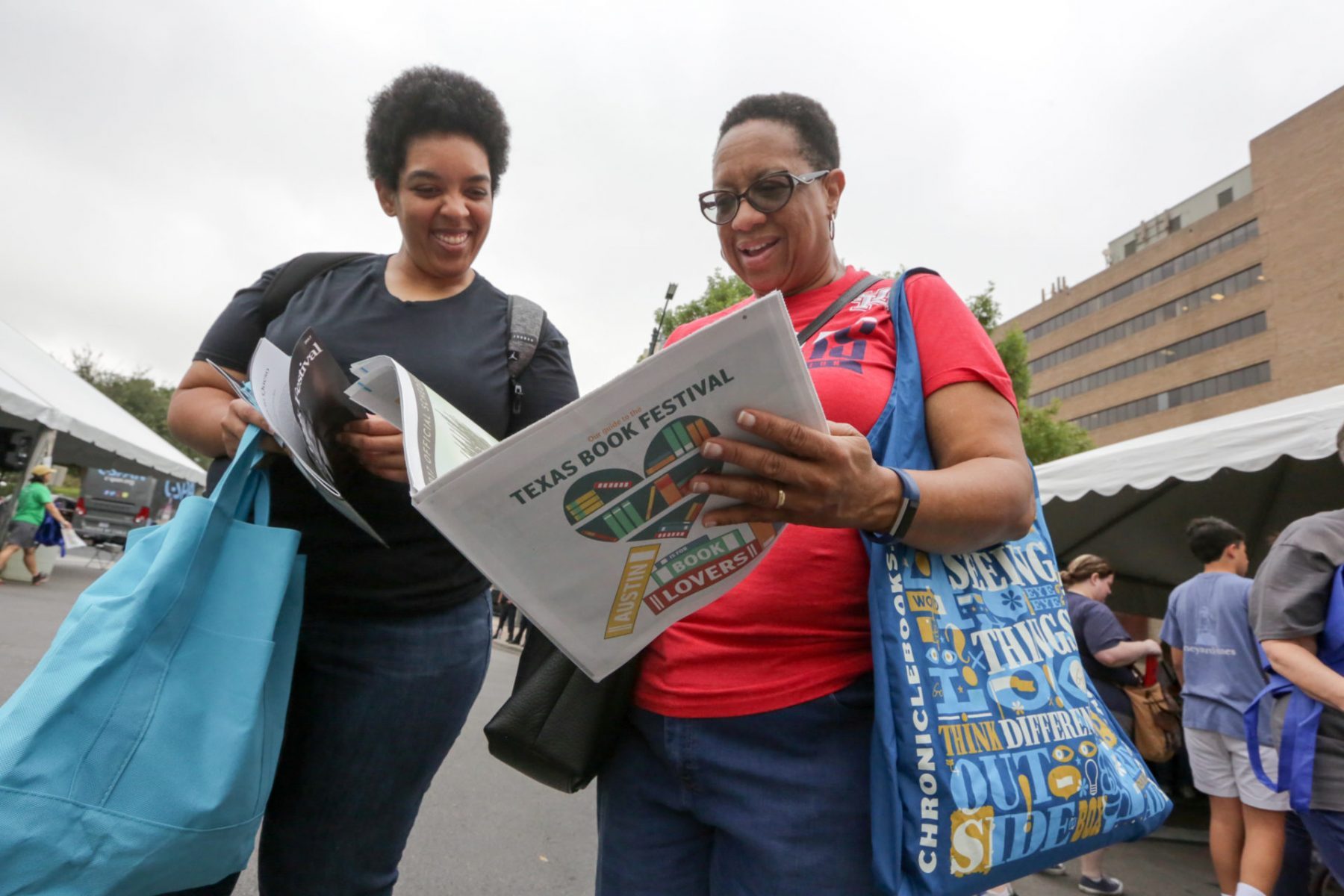 This year’s Texas Book Festival is asking book lovers to connect online instead of in person. Photo by Daemmrich Photography.

For its 25th anniversary, the Texas Book Festival will not be taking over the Texas Capitol. Instead, it’s asking readers to curl up with a good book and festival programming from the comfort and safety of their own homes.

The decision to make the festival virtual is due to rising numbers of COVID-19 cases in Texas. However, to make up for the loss of bookworm-to-bookworm interaction, the celebration is being extended to a 16-day digital program starting on October 31.

“Nothing will stop us from bringing people together around books, including a global pandemic,” says TBF Executive Director Lois Kim. “We are committed more than ever to serving our community and excited that people from all over Texas, the country, and the world can participate in this year’s festival.”

The event is extended beyond its typical two-day schedule to eliminate any concurrent events and to incorporate the Teen Texas Book Festival, which is usually held on a separate weekend. Overall, the event plans to feature more than 125 authors and provide virtual sessions for children, middle-grade readers, teens, and adults. All sessions will be streamed through Crowdcast, and recordings will be available afterward for people to watch at their convenience. Even the nonprofit’s annual fundraiser, the First Edition Literary Gala, will be moved online to Nov. 6.

So far, no authors have been announced, but TBF plans to announce more information in July. In the meantime, it is holding online programming separate from the annual festival as part of the goal to help connect readers. Read Together Texas shares children’s books through YouTube videos, and Literary Lunch Breaks showcases author interviews on Instagram Live. For the June book club pick, How We Fight For Our Lives, author Saeed Jones will take part in a virtual discussion of his memoir on June 25, at 7 p.m.

TBF Deputy Director Claire Burrows says the organization originally planned to commemorate TBF’s landmark year by incorporating new geographic regions for their outreach programming throughout the year, which includes bringing authors and books to Texas schools and giving library grants across the state. The outreach expansion is being postponed to next year.

To gear up for this year’s festival, Burrows recommends paying attention to local independent bookstores and their respective programming.