With a New Land Bridge, San Antonio Provides a Safe Passage for People and Wildlife

The new Robert L.B. Tobin Land Bridge is the largest wildlife crossing constructed in the U.S.

Over the years, Phil Hardberger Park in San Antonio has welcomed visitors from across the city and beyond. But there was always a glaring obstacle splitting it into two parts: Wurzbach Parkway. Now, with the addition of a land bridge, locals, visitors, and even wildlife have a new reason to appreciate this natural sanctuary in the heart of the city.

“People who are regular visitors are all of a sudden discovering there is another side of the park,” says Denise Gross, the executive director at the Phil Hardberger Park Conservancy. “To reclaim that was really important.”

A bridge has been part of the 330-acre park’s masterplan since the days of its founding more than 10 years ago. “Even when the land was being purchased by the city to create the park, we knew that Wurzbach Parkway was going to be built through it,” Gross says. Many different options were considered, from an underground passage to a simple walkway, but a land bridge won out.

“Phil Hardberger is one to take on inspirational projects,” she says about the city’s former mayor, who served from 2005 to 2009 and spearheaded the vision for the park. “He said the people of San Antonio deserve something beautiful and inspirational.”

The resulting design is just that, a sweeping crossing wide enough for both people and wildlife. Strolling across the bridge feels more like cresting a peaceful hilltop than traveling over a busy six-lane highway, thanks in large part to the 8-foot-tall walls made of Corten steel which block the sights and noise below. 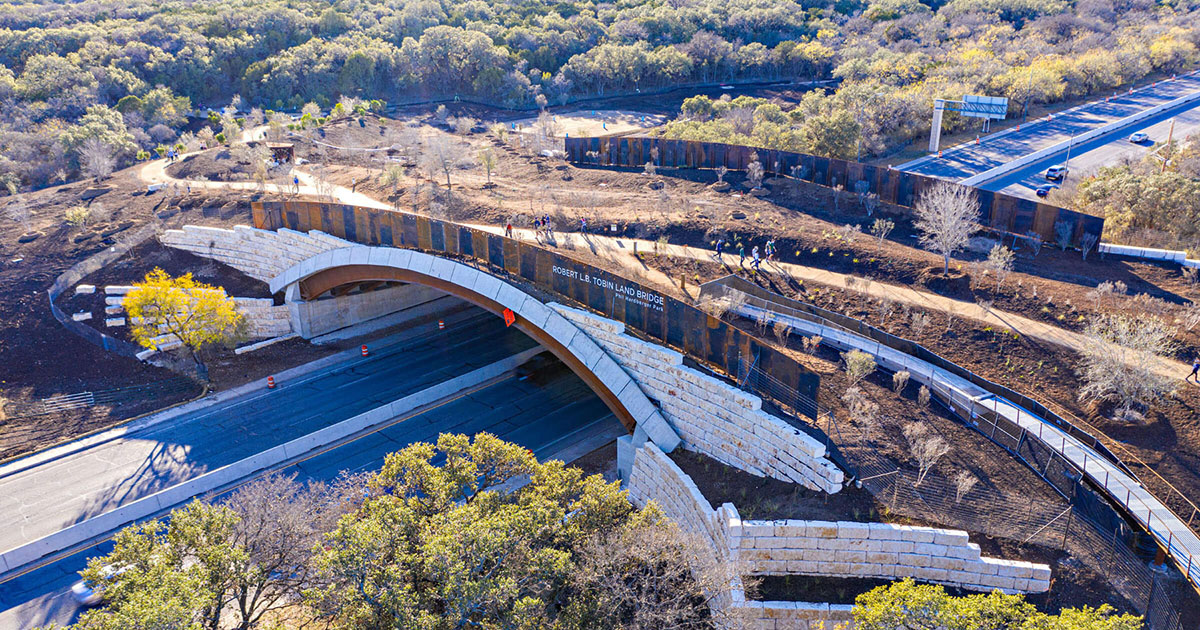 The bridge, which was named after San Antonio philanthropist Robert L.B. Tobin, was thoughtfully landscaped with native plants and trees such as live oaks, mountain laurels, prickly pear cactuses, and persimmons. While visitors will undoubtedly enjoy the abundant flora and fauna as it blooms over time, wildlife such as whitetail deer and coyotes, armadillos, and ring-tailed cats will benefit from the shelter and food, not to mention the safe passage away from vehicles.

The structure also features a number of intriguing amenities, like the ADA-accessible trail and the gently sloping, ADA-compliant Skywalk, which winds up through the treetops, giving visitors a unique perspective and outlook to the park below. 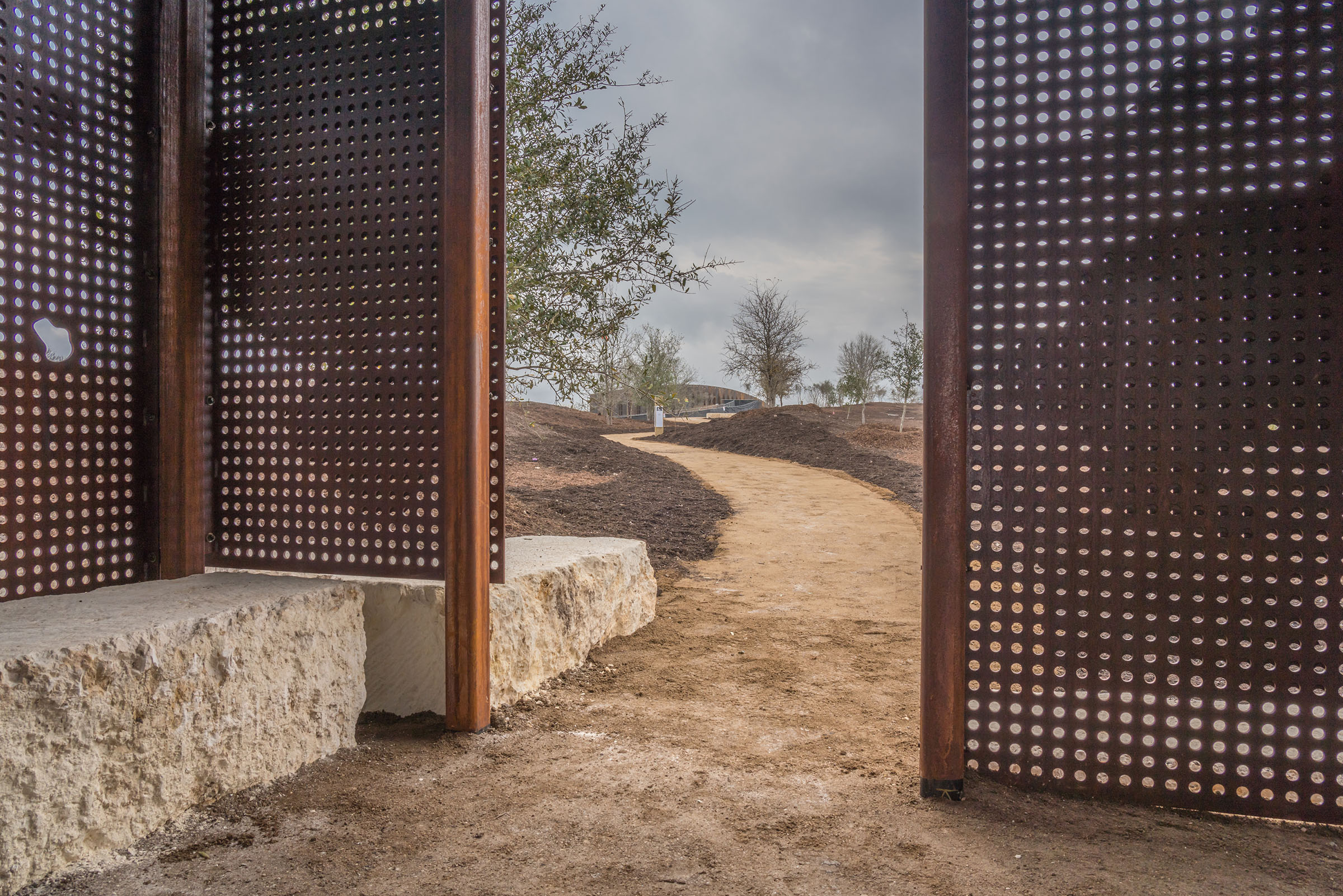 One of the viewing blinds at the land bridge. Photo by Mike Farquhar.

The two wildlife viewing blinds, made of steel and placed at either end of the bridge, are another intriguing amenity, created in conjunction with Public Art San Antonio by local artists Ashley Mireles and Cade Bradshaw. Mireles used the park’s flora and fauna as a source of inspiration for City Council District 9ʼs blind, named “Innature,” with the cut-outs-turned-viewing-areas shaped to represent the park’s distinct plants. Furthermore, these “windows” are positioned at various levels to accommodate everyone from children to handicapped visitors and standing guests.

Hardberger Park now sits at the center of San Antonio’s population, and for many locals it is a central gathering place to connect with loved ones and the wild. On the site, there are a host of programs for all ages, be it nature walks with local experts or educational talks on sustainability and ecology at the Urban Ecology Center. At 18,600 square feet, the facility and its grounds also boast basketball courts, a gathering hall, outdoor classrooms, and picnic facilities.

Especially in recent months, parks have given the public much-needed escapes from the pressures of the pandemic. While visitorship to Phil Hardberger Park increased in 2020, the opening of its Robert L.B. Tobin Land Bridge makes the sanctuary an even more special place to get away from the daily stress we all face. Today, it is a place to cross boundaries, to open the mind, to enroll in the living classroom of the outdoors, and to bridge the gap.