The Daytripper Visits the Top Three Barbecue Joints in Taylor 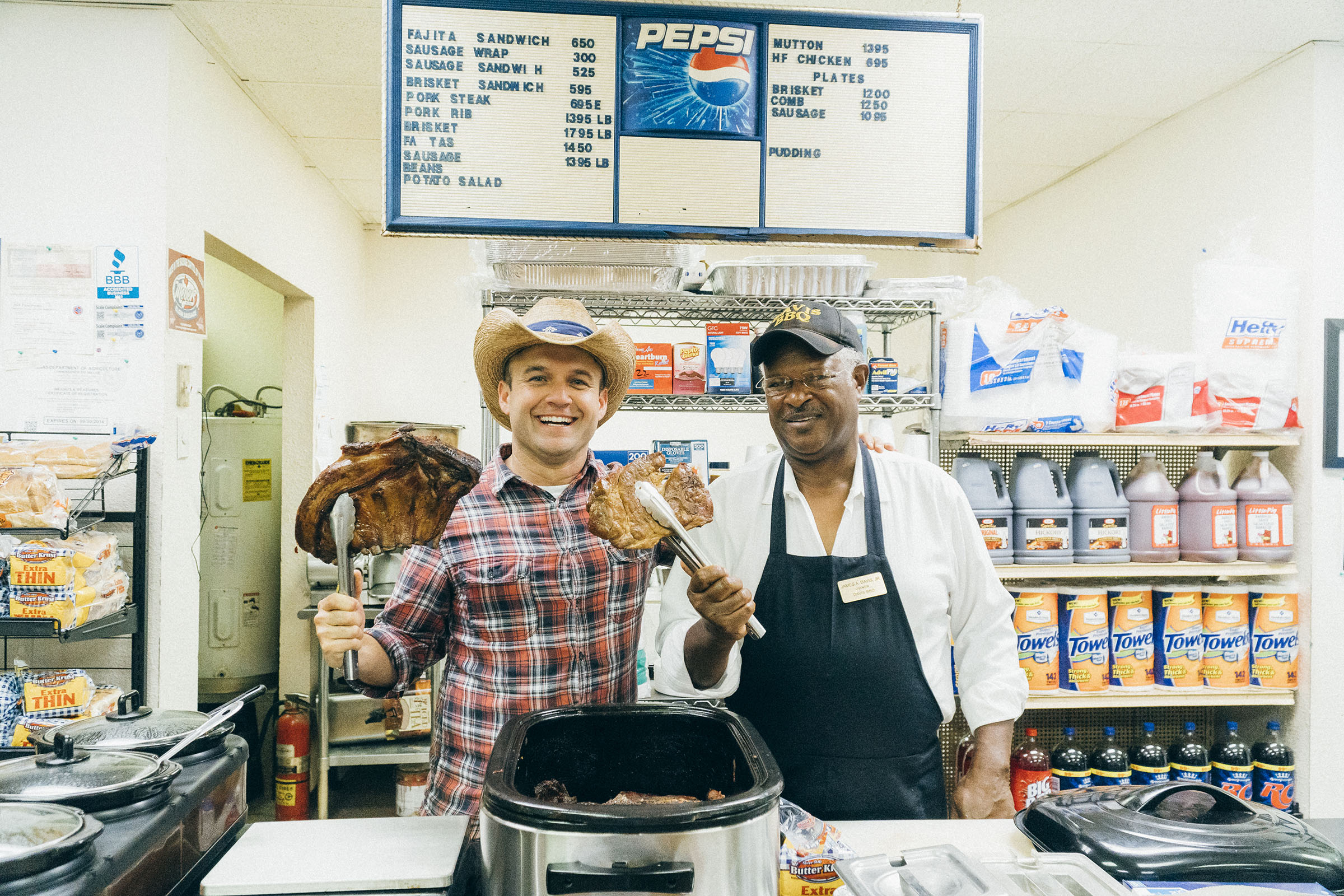 A trip to Taylor provides the essentials of any Lone Star diet: slow-smoked bar­becue and cold local beer. Along with the incredible food, the Central Texas town features fascinating people and history. Put on your stretchy pants and get ready for a gut-busting good time.

Known as the “Cathedral of Smoke,” this spot is one of Texas’ most beloved barbecue joints. Since Louie Mueller first started serving barbecue in 1949, it’s been a no-frills kind of place. The rub is just salt and pepper, but you’ll feel like you’re tasting magic as you bite down on brisket, ­sausage, and the restaurant’s world-­famous beef ribs. The walls are filled with photos and old business cards, making it appear frozen in time. Grab a tray and experience a true Texas icon.

For more amazing beef, head down the street to the small café that charismatic late owner Vencil Mares made famous. The separate bars and jukeboxes tell the story of segregation in Taylor, but also how the community found common ground in great local barbecue. Mares passed away in 2019, but his legacy lives on in every platter. Belly up to the bar and enjoy a plate of tasty barbecue—and don’t miss the homemade turkey sausage.

Give your stomach a rest and fill your brain at this local museum featuring some big personalities hailing from Taylor. Housed in Dan Moody’s former home, it tells the story of how its namesake attorney defeated the Ku Klux Klan in court and became the youngest governor in Texas history at age 33. There are also exhibits on locals Bill Pickett, the famous Black rodeo champ; and Tex Avery, the cartoonist who created Bugs Bunny, Daffy Duck, and many of the beloved Looney Tunes characters.

Taylor’s historic downtown is experiencing a renaissance fueled by passionate entrepreneurs and brewers. Join the community at this craft brewery, and you’ll find yourself sharing a pint with everyone from attorneys to hay farmers. Try the Local—a blonde lager—or the Bill Pickett porter, and toast to Texas.

Check out this under-the-radar grocery store and barbecue stop if you’re still in the mood for a snack. The store has two pits in the back run by the Rev. James Davis, a local Baptist minister. Many folks might argue that his true ministry is serving up slow-cooked eats. Along with the typical cuts, Davis makes amazing mutton and pork steak smothered with his signature comeback sauce. It’s barbecue that’s not just good for the taste buds, but also for the soul.