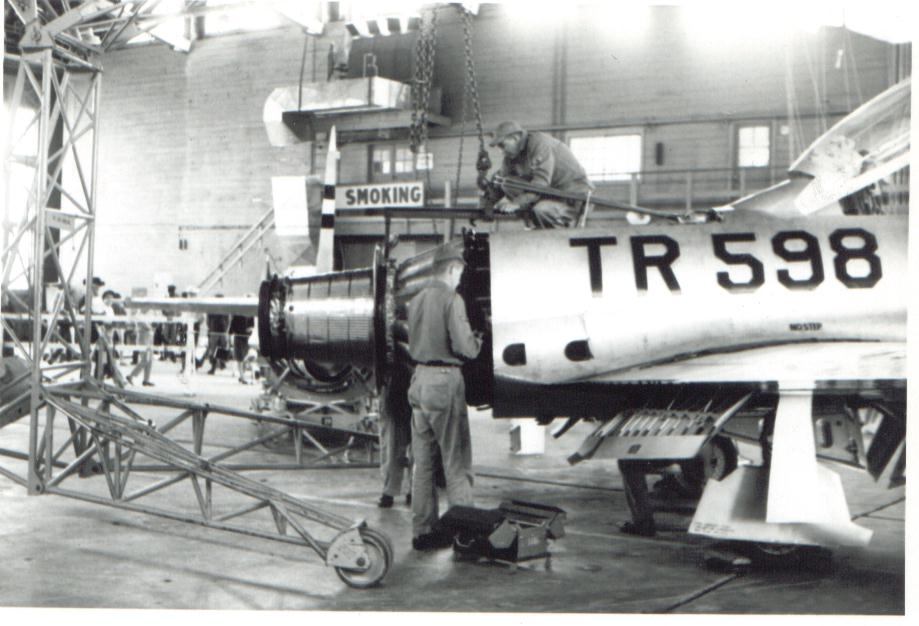 Here’s my scary story that made me believe in ghosts!

Fresh out of grad school at UT Austin (Hook ’em Horns!) I found a paid internship at an Air Museum in West Texas. Being a Midland girl myself, I packed up and headed home, driving the 40 miles to and from my new job on a daily basis.

The museum was in an old Air Force hangar and had a rich WWII history training bombardiers and pilots; in fact, Gov. Rick Perry learned to fly there as a young man.

My first week of work, I was put in charge of cataloguing and storing the collection on the second floor of the museum. Now the thing about museums is: they are often in historic buildings that may have an unsettling past and they also house hundreds, if not thousands, of objects that used to belong to people that may now be dead. Anyway, I worked alone in this little room on the collection until it was time to go home.

As I headed down the stairs, I could hear another set of footsteps following behind me.

I went into the office and asked the director if there was anyone in the museum. She answered, “No. We haven’t had a visitor in two hours. Why?”

I must have looked uncomfortable because then she said, “I really hoped they were going to leave you alone.”

Turns out the museum was haunted by a few very active ghosts.

It seemed like they were just going about their daily business of running a flight school.

We would hear things like mechanic tools working in a particular corner, furniture moving across the floor, doors slamming, indistinguishable voices murmuring to each other and 1940s music playing in the exhibit spaces. The ghosts were never violent or angry; it seemed like they were just going about their daily business of running a flight school. If they ever got out of hand we would just ask them out loud to please stop because they were scaring us and they would immediately stop making noise.

Needless to say though, I refused to work upstairs alone and moved my office into the director’s office for the remainder of my internship.