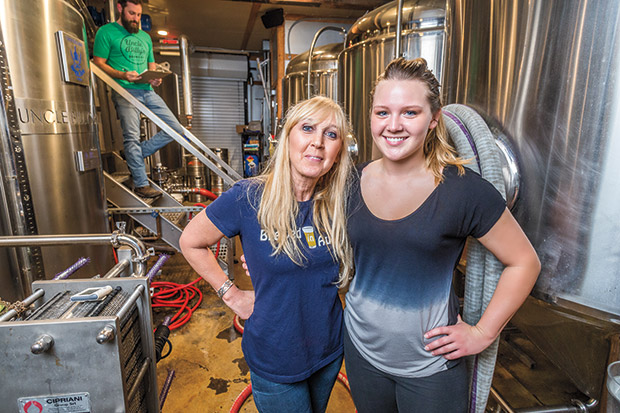 Texas craft beer fans have reason to celebrate this summer with the rebirth of Celis Brewery, which officially opened its northwest Austin taproom last Friday.

Lured by the promise of beer-drinking UT students and limestone-filtered water similar to that found in their native Belgium, brewer Pierre Celis and his daughter, Christine, opened Celis in Austin in 1992—and by most accounts kicked off a craft-beer revolution in Texas. Texans accustomed to German and Czech styles went bonkers for Celis’ refreshing Belgian styles. Pierre’s signature witbier—a hazy, yellow wheat beer brewed with orange peel and coriander—generated such enthusiasm that Celis couldn’t keep up with production. Miller Brewing Company offered to buy the company and propel Celis to greater renown.

That didn’t work out, and in 2001, the brewery closed its doors.

Sixteen years later, Christine Celis has restored her family’s legacy in Texas with a 22,000-square-foot brewery and taproom. And yes, the famous witbier is back, and it’s as refreshing and unusual as ever.

A grand-opening July 11 will feature live music, food trucks, and tours of the facility, but until then the taproom opens Tuesday-Thursday 3-10 p.m., Friday & sat noon-10 p.m. Prost!

Tasting Room guests can expect expertly orchestrated tastings from two Texas wineries. Every two months, the wineries (with more than 50 possibilities) will change. Experts on hand will help visitors better understand wines and the techniques that the wineries use to achieve specific flavors.

Wines will also be paired with an international selection of cured meats and cheeses.

Last year, Fischer & Wieser introduced the Culinary Adventure Cooking School. Together with the new wine tasting room, the specialty foods vendor—set on a farm with a pond and vegetable garden that incorporates the Wieser family’s original orchard—is offering a theme park for food and wine.

Seguin Fire Museum, which houses antique fire trucks and relics from one of the state’s oldest fire departments, recently held a grand opening of the newly renovated museum located next to Seguin Fire Station No. 3.

The museum, at 1330 State Highway 123 Bypass, also includes displays with equipment and uniforms as well as a replicated version of the fire department’s call center.

Doing the ribbon-cutting honors were Seguin Fire Chief Dale Skinner and retired Fire Chief Scott MyCue. MyCue got the ball rolling in 2008 when the building was gifted to the department.

For more information, visit the Seguin Chamber of Commerce’s website.

The folks in Pearland have been busy. Here are a few things you can expect this week: 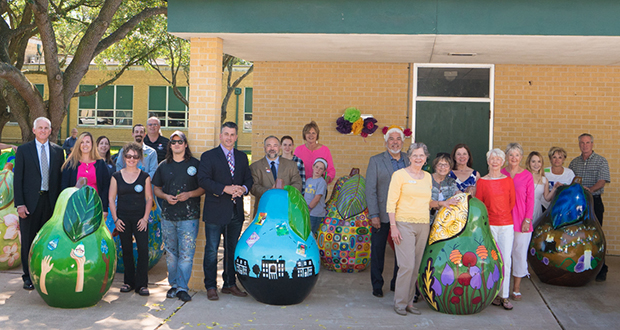 This Monday and Tuesday, the last entry of the Pear-Scape Art Sculpture Trail will be installed at Independence Park at 3939 Liberty Drive.

The 4-foot painted pears started to be put in place around town at the beginning of June as part of a project envisioned by the Pearland Convention and Visitors Bureau.

Owner of Art & Kustom Kreations and founder of Foundation for Creative Leadership, Kelly Kronfeld says, “My vision was to create a draw for people in the Pearland community and the surrounding area who wanted to participate in a unique service project that would not only benefit the immediate community, but also extend our reach by helping an organization that services the entire Brazoria County area.”

The initial idea of incorporating an art mural into a dilapidated outdoor area quickly grew into a bigger project with a core group of 15 volunteers working together to transform the space into an inviting area to be used for therapy sessions, as an additional workspace, and future community events.