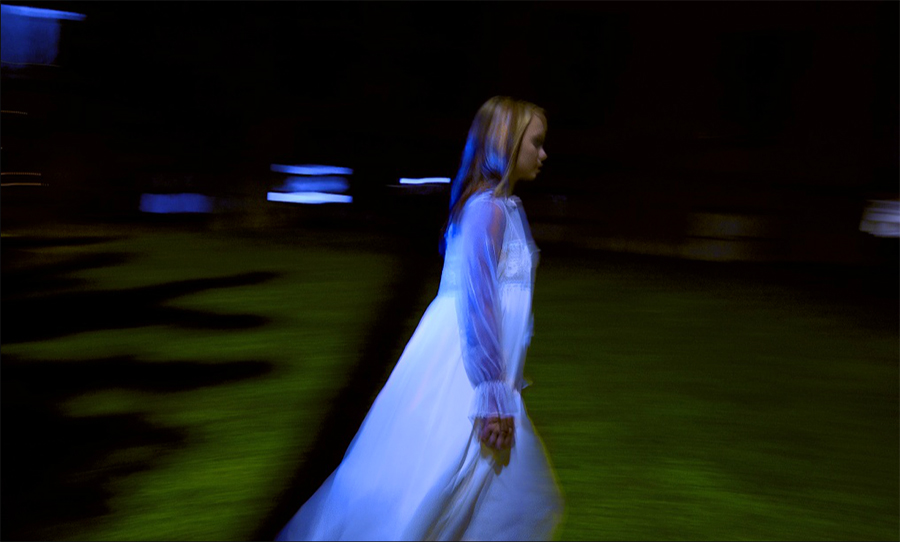 In our October 2017 issue, we shed some light on Jefferson and Granbury’s haunted history. But like Granbury, many Texas towns have their own share of scary tales.

Wherever you are in Texas, you’re a hop, skip and a scare away from a haunted hotspot. Have you checked into a haunted hotel? Gone on an especially ghoulish ghost tour? Maybe you have photos? Tell us  about your haunted Texas experiences.

My scariest story comes from an overnight stay at Presidio la Bahia in Goliad. You can rent the officers quarters at the Presidio, and have the whole haunted place to yourself, with the ghosts of massacred soldiers vying for your attention.

Then there was the “railroad tracks” experience I had in San Antonio. I know many of you know what I’m talking about, and maybe you’ve experienced these, too. Maybe I’ll share those stories later this month, but for now we want to hear from you.

Taking the “We’ll leave the light on” message to new levels.

The work is neverending at this flight school.

Did you hear that? Uhm. Maybe.

If you’re looking for a little seasonal fright fest, Texas has it’s share of haunted mansions, hotels, railroad tracks, trains and more. Join us, if you dare, as we scare up a few of Texas’ top haunted hot spots.

Located in the heart of downtown Austin, the Driskill Hotel is probably best recognized for its rich history (it was around long before the State Capitol and the first building at the University of Texas at Austin even existed) and its proximity to the Sixth Street entertainment district. But that’s not all it’s known for. Read more.

The woman behind the registration desk at the Hotel Galvez glanced at the number as she handed me my keycard. “Oh, you’re staying in our special room,” she said, eyebrows raised. “Did you know that?” Read more.

In the 19th Century, tragedies washed over Galveston as regularly as the tides: deadly fires, yellow-fever epidemics, and hurricanes. Anecdotally, this legacy of destruction left Galveston one of the nation’s most haunted cities. Even for travelers without a taste for the macabre, the wide range of said-to-be-haunted sites offers a fascinating glimpse into Galveston’s colorful past. In fact, I’ve come to the Island to learn more about local history, largely by looking for ghosts. Read more.

A suicide in Austin spawned the Governor’s Mansion’s most famous ghost story. It happened during the Civil War, when a nephew and a niece (not brother and sister to each other) visited Governor Pendleton Murrah and his wife in the Mansion. Legend has it that the young woman encouraged the young fellow’s attentions, and he fell hopelessly in love with her. But when he proposed marriage one day, she laughingly scorned his offer. Read more.

Lights flicker on and off by themselves. Cigarette smoke scents an empty room. Shadowy figures move down hallways. Footsteps creak up a wooden staircase … and no one’s there. Read more. 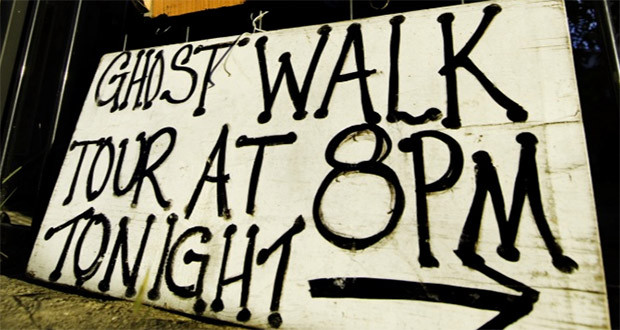 The Baroness Inn in Milford

The sleepy town of Milford is home to a bed-and-breakfast inn that places a capital H on the word Haunting. Originally built as a dormitory, the building later became a hotel, boardinghouse, antique shop, halfway house for recuperating mental patients, and finally, in 2000, after several years of restoration, the Baroness Inn. Tales tell of long-gone, un-named lodgers who persist in maintaining residency. Read more.

Concordia Cemetery in central El Paso doesn’t look like much at first sight. The disparate collection of headstones, crosses, and mausoleums stakes out a 52-acre expanse of dusty desert in the shadows of residential neighborhoods, a carpet wholesale warehouse, and Interstate 10. Read more.