Museum of Fine Arts, Houston to get a $450 million makeover 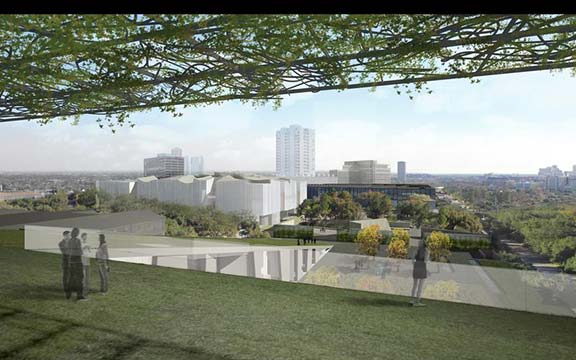 In case you didn’t think Houston’s Museum District could get any better, the Museum of Fine Arts, Houston has unveiled designs for a $450 million development of its 14-acre campus that will, according to MFAH Director Gary Tinterow, “reshape and reinvigorate the museum experience and the future of Houston’s civic life.”

This weekend at the MFAH 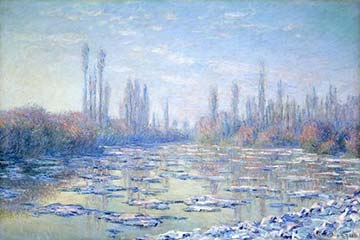 Enjoy a little Monet on Ice this weekend at the Museum of Fine Arts, Houston. Paired with the “Monet and the Siene: Impressions of a River” exhibit, the museum is converting the Cullinan Hall into an ice-skating rink on Jan. 17 and 18. It goes well with Monet’s icy scenes of the Seine River.

This project, which is expected to be transformational for the MFAH and the surrounding neighborhood, is called the Fayez S. Sarofim Campus, named after longtime museum supporter Sarofim who has donated $70 million of the $330 million that has already been raised.

The dramatic redevelopment design, by Steven Holl Architects, aims to unify the existing campus. The plan includes the Nancy and Rich Kinder Building for 20th and 21st-century art; a new home for the Glassell School of Art; and the Brown Foundations, Inc. Plaza. Landscape architectus will help enhance the pedestrian-friendly atmosphere. 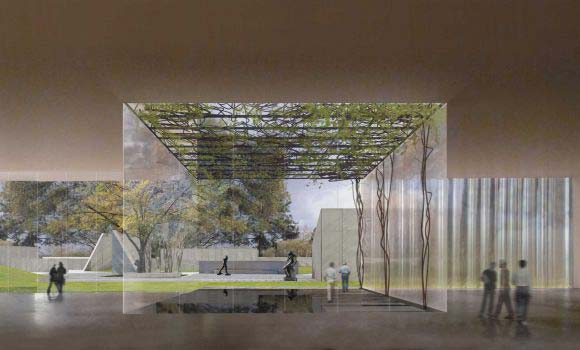 As part of the plan, all parking will be moved below ground with 19,000 square feet in two underground garages. This frees up space for the new buildings and purposeful gathering places on campus.

Holl says, “It’s all about shaping space. The collection of buildings there is already outstanding. It’s very delicate, not a site that calls for over exuberance.”

The MFAH’s original Neo-classical building was built in 1924. The museum’s last expansion in 2000 brought the Audrey Jones Beck Building. The lastest project is expected to begin later this year, and schedule to be complete in 2019.

Houston Mayor Annise Parker says, “Houston has experienced incredible growth over the last 20 years, and the Museum of Fine Arts, Houston, has grown rapidly with the city.” She adds, “The redevelopment of the campus and the resulting increase in public access to art and programming will further enhance the Museum’s service to the city.”