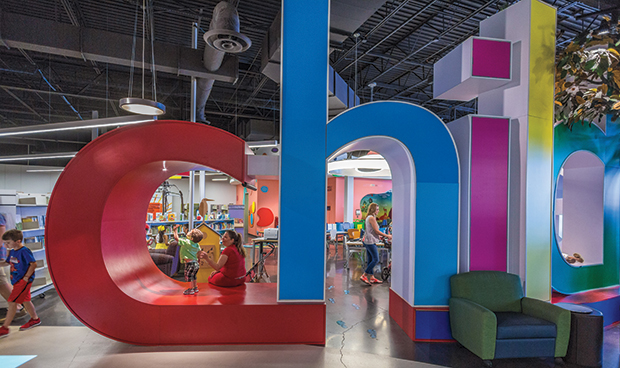 Fall in West Texas may evoke images of Friday Night Lights, with whole towns rallying around their favorite football teams. But this autumn some of West Texas’ most prominent cities will be luring travelers with a different—but equally dramatic—kind of entertainment. In September and October, book festivals, writers’ workshops, and author appearances will enliven the cultural landscape from the Big Country to the Permian Basin and the Llano Estacado.

Perhaps the best place for literature-loving travelers to begin a West Texas journey of words is Abilene. Officially designated the “Storybook Capital of Texas” by the Texas Legislature in 2015 for its delightful array of character statues from children’s literature, Abilene also stages the West Texas Book Festival Sept. 21-23.

This year’s A.C. Greene Award will go to Fort Worth author Jeff Guinn, whose repertoire ranges from Western fiction to contemporary true crime and investigative journalism. Guinn is currently touring the country in support of his bestseller The Road to Jonestown: Jim Jones and Peoples Temple (2017), a book that’s chock full of new details about cult leader Jones and what really happened in Guyana. Literary critics have praised Guinn, a former Fort Worth Star-Telegram book editor, for his historical accuracy.

The West Texas Book Festival has traditionally been one of the state’s longest, incorporating nearly seven days of events, but that’s changing this go-round. “We hope to generate more of a festival feel by making it a three-day event,” said festival chairman Glenn Dromgoole, himself an author, journalist, and owner of the Texas Star Trading Company bookstore. The Boots & Books Culinary Luncheon will kick things off Thursday, followed that night by the Texas Cookbook Gala, an annual fundraiser for Abilene library services. One-of-a-kind Abilene touches enliven the proceedings. At a recent festival, the Hardin-Simmons Cowboy Band converged on the author luncheon and serenaded attendees with a set of Texas tunes that included chants, sing-alongs, and choreography to warm up the crowd for the speakers.

On Friday from 10 a.m. to 3 p.m. and on Saturday from 8 a.m. to 2 p.m., the festival will hold multiple author presentations, panels, and writing workshops at the downtown library (all free) as well as a Saturday lunchtime program with award-winning children’s author Chris Barton—Mighty Truck, Shark vs. Train—at the National Center for Children’s Illustrated Literature.

“One thing that is special about the West Texas Book Festival is that we always feature Texas authors,” Dromgoole said. “If we do bring in authors from out of state, it’s because they have written books about Texas or have some strong Texas connection. We really want our festival to be a celebration of reading and writing, Texas style.”

Another three-day festival in West Texas this fall caters to those as dedicated to writing books as to reading them. The Permian Basin Writers’ Workshop, Sept. 15-17 in Midland, encourages aspiring wordsmiths to learn to write—and to sell—with experts in fiction and nonfiction. Organizers describe the workshop on the Midland College campus as an intense three days of learning and networking.

Now in its third year, the workshop brings nationally recognized agents and writing coaches to the Permian Basin, explained Edward McPherson of the Midland County Public Libraries, which founded the event. “The workshop aims to parlay the natural beauty of the desert with the development of a writing community that is becoming well-known as rich in support of thriving writing professionals,” he said.

On Friday and Saturday, the workshop offers an array of breakout sessions with literary agents, editors, and industry professionals, while Sunday focuses on the world of Christian literature with Houston author DiAnn Mills. Mills’ novels have appeared on Christian bestseller lists and have been recognized in the American Christian Fiction Writers’ Book of the Year Awards.

In the more northern reaches of West Texas, Lubbock enters the arena this fall with its first all-day Lubbock Book Festival on Saturday, Oct. 28. More than two dozen best-selling authors and regional favorites will read, sign books, and greet fans at LHUCA (Louise Hopkins Underwood Center for the Arts), a cornerstone of the Lubbock Cultural District.

Keynoters include S.C. Gwynne, author of the nonfiction bestsellers Empire of the Summer Moon: Quanah Parker and the Rise and Fall of the Comanches (2010) and Rebel Yell: The Violence, Passion, and Redemption of Stonewall Jackson (2015). Most recently, Gwynne explored how throwing passes revolutionized Texas’ most popular sport in The Perfect Pass: American Genius and the Reinvention of Football (2016), including a nod to the innovations of Mike Leach, former Texas Tech University head coach.

Other literary luminaries scheduled to attend the Lubbock Book Festival include Jodi Thomas, a member of he National Romance Writers Hall of Fame, and John R. Erickson, creator of the beloved Hank the Cowdog series for young readers. Fans can also look forward to appearances by writers Terry Jennings, author of the heartfelt memoir/biography Waylon: Tales of My Outlaw Dad (2016); Adán Medrano, cookbook author of Truly Texas Mexican: A Native Culinary Heritage in Recipes (2014); and Patrick Dearen, Western Writers of America Spur Award winner for The Big Drift (2014).

The Lubbock Book Festival will play a key role in the 20th anniversary of LHUCA. The center’s studios, galleries, and performance spaces host a busy schedule of film screenings, exhibitions, concerts, and dance performances. With the new book fest, the center will strengthen its connection to the literary arts, Executive Director Jean Caslin said. The new festival brings to mind a quote from George Washington, appropriately lettered above the entrance of LHUCA’s building: “To encourage literature and art is the duty that every good citizen owes to his country.”