Though unknown to many Texans, Lake Fork is a global magnet for fishermen seeking huge bass 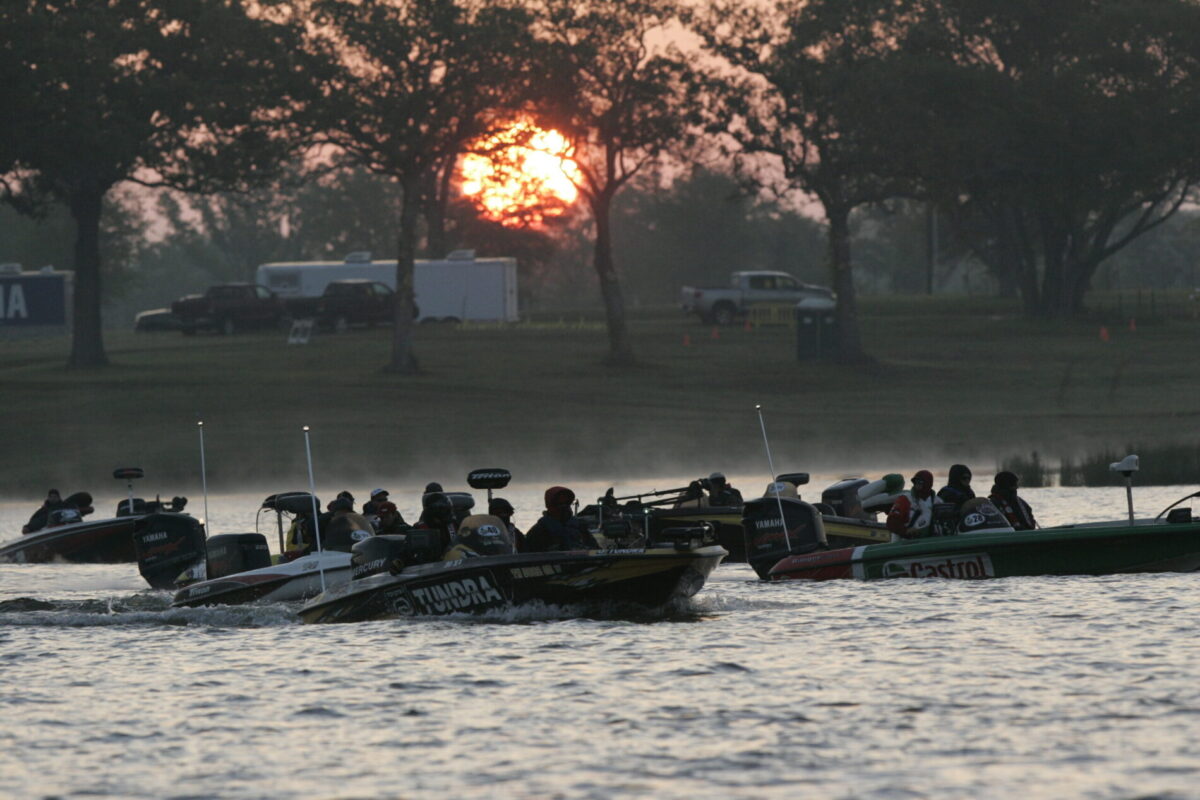 Bass anglers rally for one of the many fishing tournaments held on Lake Fork. Courtesy Texas Parks & Wildlife Department.

Texas history buffs have the Alamo. Peak baggers have Guadalupe Peak, the highest point in the state. And bass anglers have Lake Fork, a reservoir 80 miles east of Dallas.

Even before the impoundment filled in 1985—five years after the Sabine River Authority dammed Lake Fork Creek in East Texas—Texas Parks and Wildlife hoped to establish the reservoir as a magnet for fishermen. The department left timber standing in the bottom of the lake to offer stellar fish habitat and to boost aquatic nutrients ensuring a healthy ecosystem. Ponds that would be subsumed by Lake Fork were stocked with Florida largemouth bass, a fish that tends to grow bigger and faster than any native bass found in the local waterways. Nearly four decades later, Lake Fork draws anglers from across the country and around the world who want to cast for a trophy.

“There are several things that came into play with Fork that made it special,” says Jake Norman, a Texas Parks and Wildlife Department biologist who oversees research and fisheries management on the lake. “It’s a perfect watershed with plenty of nutrients to stimulate the entire food chain. And that means there’s a chance to catch the fish of a lifetime 365 days a year.”

He says the lake’s catch-and-release rules, which require any fish between 16 and 24 inches to be returned to the lake, have helped keep the breeding stock intact. That—along with mild Texas winters—has allowed the bass to grow bigger.

Lake Fork first made history in 1986 when an enormous 17.67-pound bass was caught by a guide named Mark Stevenson. The fish, famously named Ethel, set a new state record—it has since been surpassed—and showed the TPWD experiment in fisheries management had the potential to breed trophy largemouth bass. Another Lake Fork bass, weighing 18.18 pounds, set a new state record at in 1992, and today seven of the top 10 largest bass in Texas have come from the reservoir. It’s little wonder Bassmaster Magazine earlier this year named Lake Fork the top bass lake in the country. This spring, the reservoir produced a 15.27-pounder, and several other lunker bass.

Local fishing guide Greg Hill caught one of Lake Fork’s 2021 whoppers. While out scouting summer honey holes on the lake in June, he boated a 10.44-pound largemouth. Hill remembers first coming to Lake Fork for a tournament in 2000. From then on, the Marine veteran and former aviation executive, who grew up on the outskirts of Houston, dreamed of returning.

Hill made the Lake Fork his full-time home in 2014, and he believes there is no place in America that offers the fishing opportunity found there.

“Some people fish their whole lives without catching a 10-pounder,” he says. “On Lake Fork, every cast you have the chance to come up with a really big fish. It’s crazy, and that’s what makes it so special.”