Upcoming birding events are the perfect first step for amateurs

Written by: Lois Rodriguez
Photos by: Texas Parks and Wildlife 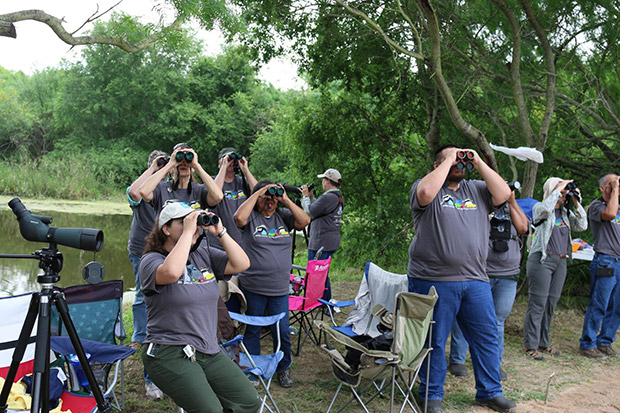 The Hot Wngs birding team keep a watchful eye during their Big Sit! for the Great Texas Birding Classic.

Wings Over The Hills Nature Festival, April 29-May 1, Fredericksburg

TH: What do I need to get started?

Plante: Start by getting, and using, a paper field guide. There are birding apps out there, but paper field guides are a great foundation. It requires a little more legwork on your part, but that helps you get a better concept of birding. (Plante recommends National Geographic Guide to Birds of North America or Audobon’s list of field guides for starters.)

TH: Is there a time when less-skilled newbies like me will have better odds at spotting birds?

Plante: Peak time is typically mid-April on the coast, but with our mild winter, March is already a good time. You are very likely to find your spark bird – that first bird you see that gets you hooked on birding and kickstarts your birding adventures.

Also, you’ll find that birds are best spotted at dusk and dawn.

TH: And what is there to see?

Plante: Texas is second in the nation, only to California, for the number of bird species spotted.

Plante: 642. (after double-checking, she makes a correction.) 643. The common crane, was added yesterday. It was spotted in 2014, but the verification team has just officially made it’s ruling. California, by the way, has 662.

TH: There seems to be a specific culture where some consider themselves birders vs. birdwatchers. Where would I fit into the mix?

Plante: There is room for every level of bird enthusiast. Some are hobbyists. Some are competitive listers who take note of every bird they see. But even the listers classify themselves in many different ways – listing only the birds they’ve found in either backyards, the county, state, nation, etc. There’s room for someone just starting out and for those who want to be very specific about their bird count.

If you’re new to birding, go birding with someone who is a true birder. They will help you spot birds and listen for their calls. You will never look at the world the same again. It just increases the size of your world exponentially.

TH: So what are birding events and how can an amateur birder participate?

Plante: The Great Texas Birding Classic, for example, is not unlike a charity walk, except you bird instead of walk. Participants pay a registration fee, with money going to support one particular cause. In this case, it supports habitat conservation. The Great Texas Birding Classic, which is celebrating its 20th anniversary this year, is the biggest in Texas and second only to the World Series of Birding in New Jersey, and it has done so much for habitat conservation in those years. 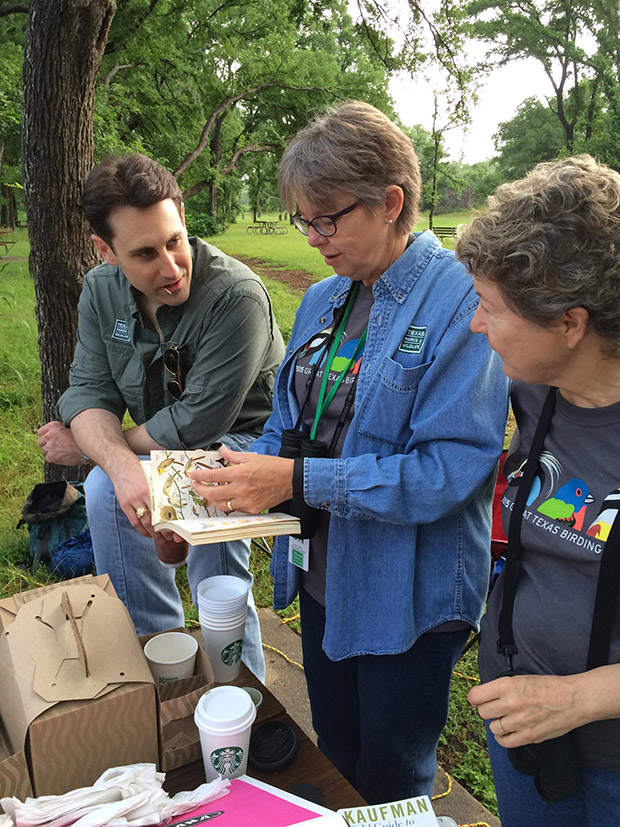 Birders participating in the Heart of Texas East Big Sit consult a field guide during the Great Texas Birding Classic.

By attending these birding events, you get a chance to meet new friends and field guides who can share your interest in birding. You can learn from each other. It’s also an opportunity to visit with event vendors and experts that can help answer questions and guide you to the next level if you want.

Birders of all skill levels are welcome – beginners and hard core birders – and they can do a morning tournament category (the Sunrise to Noon Tournament), a full day Big Sit! (akin to a birder’s tailgate party), Regional Big Day, State Park tourneys, a green tournament (Human Powered Tournament) and a weeklong event including 6 days straight of birding. There truly is something for everyone. 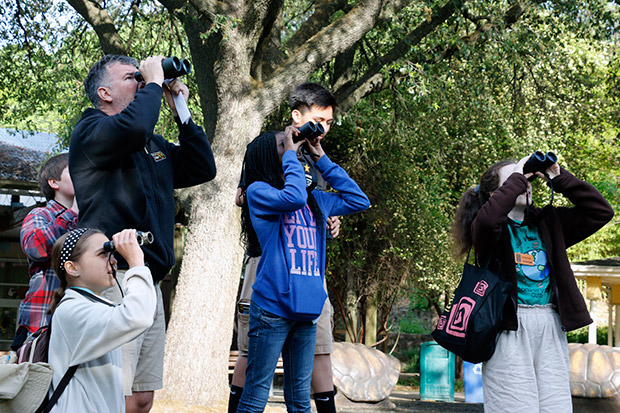 During an 8-hour excursion, members of the Dallas Zoo’s “Dallas Zoom” teams tallied 72 species in the Great Texas Birding Classic.

The Birding Classic has youth teams, too. I’ve seen some who have participated in youth teams who are now on adult teams. I’ve watched them grow through birding.

There’s a new all-ages statewide tournament for this anniversary year: the Texas Two-Stop. Teams pick two pre-selected stop options and schedule their bird-watching schedule between the two in a 48-hour period, however they wish to break up the time, to see as many birds as possible!

TH: Is there an environmental/scientific impact to birding and tracking birds? 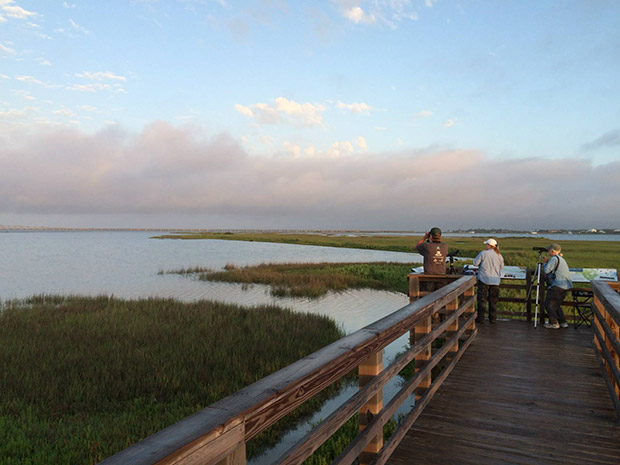 Plante: Birders are nature lovers. They respect the land, stay on trails to minimize habitat damage, and birders, by way of their memberships to organizations like Texas Orinthological Society, help add money to the coffers for grants that support habitat conservation.

The Duck Stamp also is another great fundraiser that isn’t just for duck hunters. Birders buy them as a collectible and money goes towards wetlands conservation.

TH: Here’s the proverbial chicken and the egg question. What came first­ – Texas’ birding culture or the events and trails that facilitate a birding culture?

Plante: There was a map that came out in a birding magazine in the early to mid-90s. It listed the Top 12 Birding Sites in the United States. Four of them were in Texas. Three of them were on the Texas coast.

My predecesors were at a birding festival, and had this conversation about the article and all the people coming to bird in Texas. They asked themselves why they were not marketing to that group, and realized they were not making it easy for these tourists. They decided they should help facilitate birding activities. 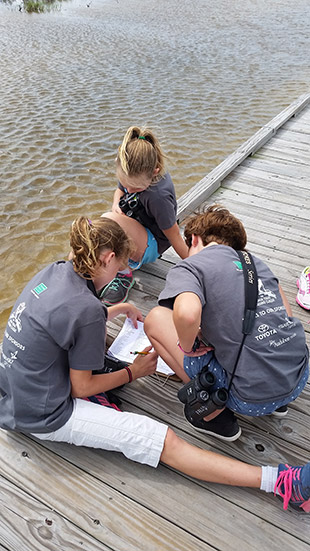 It’s community development, and it’s economic development for our rural communities. The birders are already here. We should be giving them reasons to stay, and we should make it easy for them to find all these wonderful tools for birding.

Those conversations and realizations were what gave birth to the Great Texas Coastal Birding Trail, which was unveiled in 1996. From that, the Great Texas Birding Classic came, which promoted the birding trail and helped put money back into grants for maintaining that trail.

TH: What about the World Birding Centers? How do they fit in?

We were the first state to do a birding trail, ever. Now more than 40 states have followed the Texas model. With the trail’s success, we then decided to expand and do wildlife trails for the whole state.

TH: So the trails pretty much laid the groundwork for birding tourism?

Yes, and as with the trail’s growth, the Birding Classic also grew.