Starting this week, the San Antonio's Dia de los Muertos festivities range from museum exhibitions to a Catrinas on the River Parade. 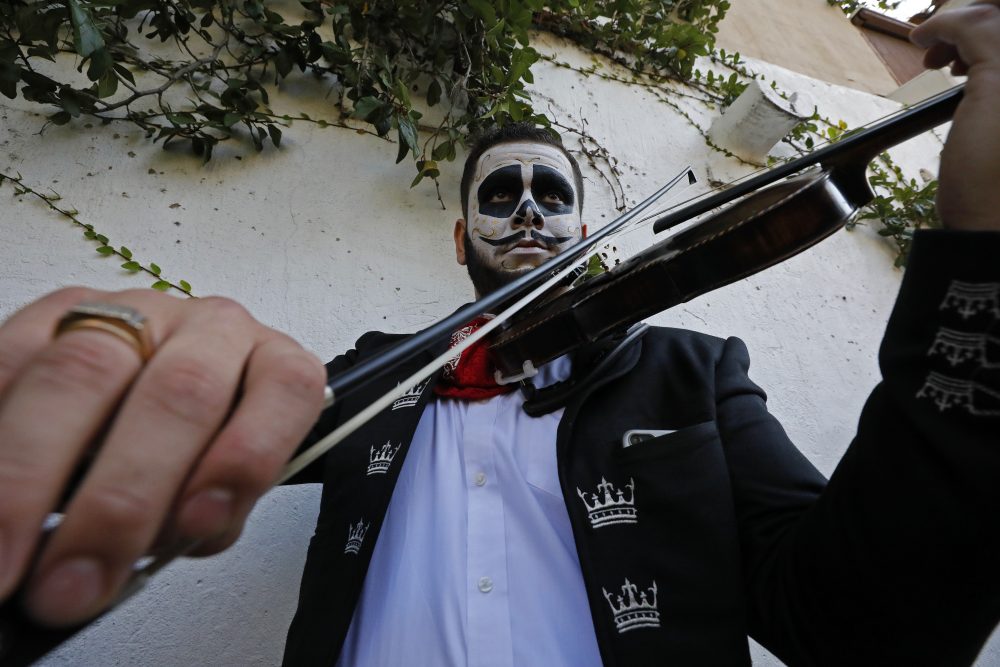 Photo By Edward A. Ornelas/Courtesy Day of the Dead San Antonio

San Antonio is kicking off what it calls the largest Day of the Dead celebration in the country this week—a new festival with daily events spread out over a half-month ranging from museum exhibitions to the colorful Catrinas on the River Parade.

“Considering the city’s history and diversity, it makes sense that San Antonio is the national destination to celebrate this holiday,” says Dawn Robinette of Day of the Dead San Antonio.

Despite some overlap with Halloween, there’s nothing scary about this holiday, which focuses on joy and gratitude. Day of the Dead—Dia de los Muertos in Spanish—lasts Oct. 31-Nov. 2. The tradition  traces its roots to Mexico, where communities build alters and hold parades to  remember and celebrate lost loved ones.

Day of the Dead celebrations have been growing for years in San Antonio, resulting in an effort to centralize events under one umbrella with a calendar of two weeks of city events.

Day of the Dead San Antonio will introduce several new events year year, including the Catrinas on the River Parade on Nov. 1. Boats decorated with candles, skulls, flowers, and incense will float down the San Antonio River to welcome the spirits of the dead.The parade will begin with traditional Mexican dancing at the Arneson Theater on the River Walk. In neighboring La Villita, shops and vendors will offer food and crarts.

Notable exhibits include the Huicholes Tribute at the Briscoe Western Art Museum, which will exhibit hand-beaded figures as an example of indigenous Mexican artworks. The 10-foot catrinafigure commemorating Selena Quintanilla is decorated with over 2 million hand-stitched beads, according to the Briscoe.

Robinette says the city has worked with similar attention to detail in planning this year’s Day of the Dead.

“Celebrating Day of the Dead allows the city to embrace a beautiful tradition,” Robinette says. “We’re interested in presenting an authentic and meaningful experience of the holiday everyone can enjoy.”