"Lip-locking” cheeseburgers complement the Korean fare at Kitok in Waco 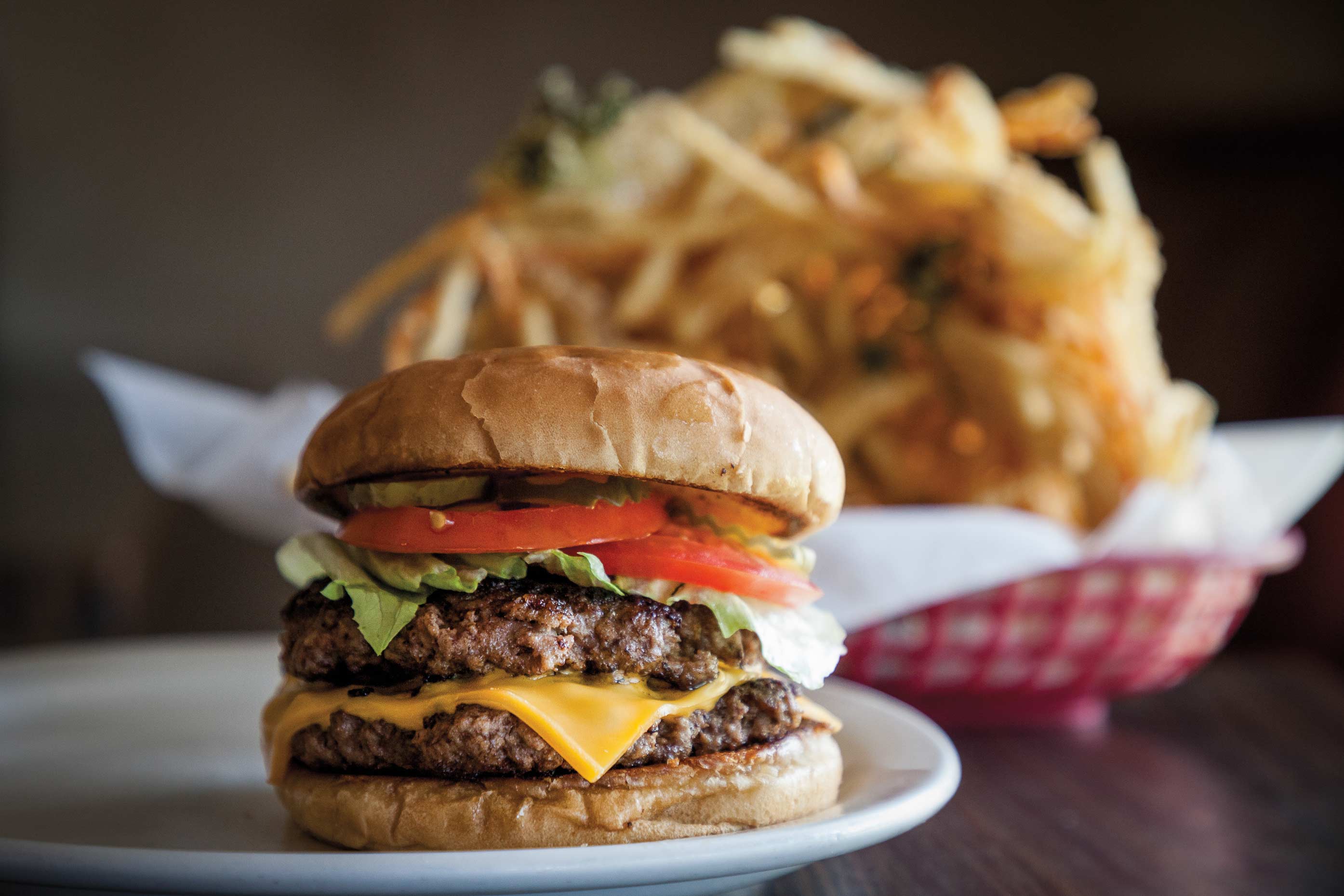 The “Lip Locker” cheeseburger, alongside a heap of “Oriental fries,” is the restaurant’s star attraction.

The “Lip Locker” cheeseburger, alongside a heap of “Oriental fries,” is the restaurant’s star attraction. Korean food joints are popping up all over Texas, but when Kitok Moore opened her first and only restaurant in Waco in 1975, she wasn’t sure the townsfolk were ready for cuisine from her native land. She stuck to standard Texas diner fare and even hesitated calling the joint Kitok, keeping up the signage of previous tenant The Burger Factory during the transition.

It was only after Moore earned a reputation for day-changing cheeseburgers that the menu started reflecting the Korean-American duality of the owner and her husband, Robert, a former U.S. Army helicopter pilot she met when he was stationed in Korea. Moore added about one Korean dish a year, topping off at about 15 by the time she sold the restaurant in 2001.

But Kitok’s star attraction these four-plus decades later remains a burger-and-fries combo that, if not the best in Texas, is certainly the most unique. “What keeps me coming back to Kitok is the ‘Lip Locker’ with cheese and the ‘Oriental fries,’” says Kevin Tankersley, a senior lecturer at Baylor, who calls the 16-table dive “one of those places that seems like it’s always been here.” While the double-meat cheeseburger, a crusty-juicy blend like a Johnny Cash-June Carter duet, is noteworthy for how good it tastes, the Oriental fries—deep-fried shoestrings of carrots, potatoes, onions, and parsley formed into a mini-haystack—are a culinary curiosity: a tempura-dipped riddle, deep-fried in mystery, served as a clumpy enigma. Try them with the house-made soy sauce.

Oriental fries are on the American side of the menu, a natural fit since they were invented right here in Kitok’s kitchen. Yes, there were vegetable tempura recipes from Korea before 1975, but Kitok’s twist was shredding the vegetables—and while the term “Oriental” has been supplanted by “Asian” as the preferred nomenclature in recent years, the fries have remained a Waco tradition. 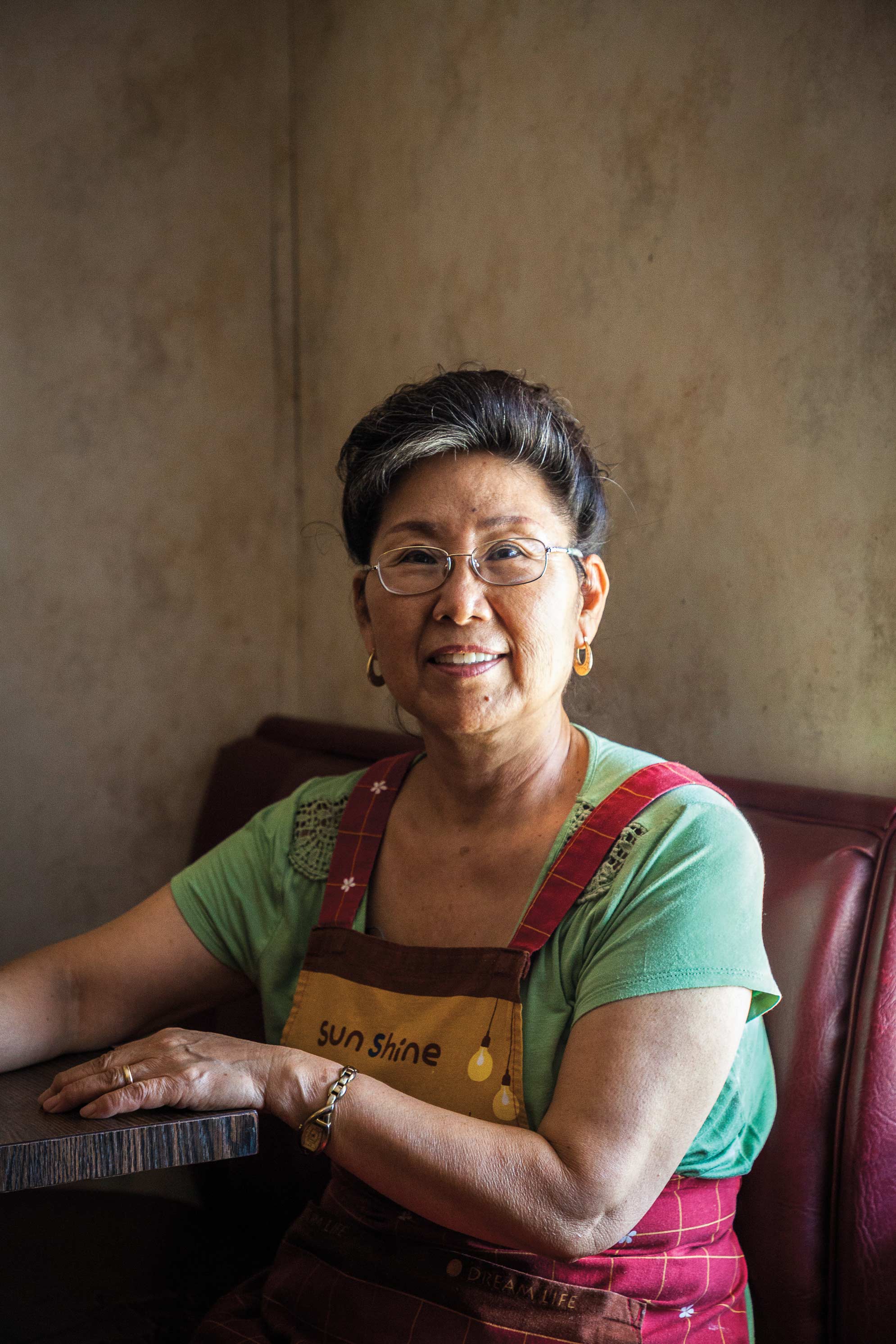 Kyung Brendemuehl, the third Korean-American woman to own Kitok, sold the Waco restaurant in January to Kyong Dehnert.

Some customers order just Oriental fries for lunch, says Kyung Brendemuehl, who owned Kitok from 2007 until she sold it to Kyong Dehnert in January. “People were always telling us, ‘We used to have the Oriental fries when we went to Baylor. We couldn’t wait to come back and have them again.’”

It’s not rare to see longtime customers bring in their children or grandchildren. Kitok is a house of memories you can taste, a return to a time when the perfect cheeseburger made everything right.

In over 40 years, Kitok has gone from a humble burger joint to a local institution, keeping Waco weird and tasty, exotic and down-home.

“I keep everything the same,” Dehnert says of the diverse menu, magical kitchen, and austere décor. Yeah, if you want to re-create the wall paneling of Kitok in your den, go to Home Depot and ask for “gloomy brown.” But the setting is perfect for Kevin and Abby Tankersley, who will celebrate their 22nd wedding anniversary in December. Their first date was at Kitok in July 1996, and they go back every year as close to the anniversary date as possible to relive that dinner of cheeseburgers and Oriental fries. One day they may venture to the Korean side of the menu, but it’s hard to stray when you’ve got Lip Locker on the brain.

One thing Dehnert hopes to bring back is the herb garden in front of the restaurant, which became a lawn about 10 years ago because it was too close to the entrance and was constantly being trampled. She’s also planning to extend her hours, as Kitok currently closes at 4 p.m. on weekdays.

The fourth Korean-American woman in succession to own Kitok, Dehnert worked as a waitress for six years before buying the Burger Boy in Gatesville in 2008. “I wanted to buy Kitok,” she says, but Min Ja Chung, who bought Kitok from the Moores in 2001, sold it to her sister, Brendemuehl, instead. Although Dehnert was able to turn around Burger Boy with her Korean additions, there was one Kitok item she wouldn’t re-create. “I never tried to make Oriental fries,” says Dehnert, pointing back to the kitchen, where a veritable bird’s nest warmed on the griddle near a sizzling burger. “Only here.” 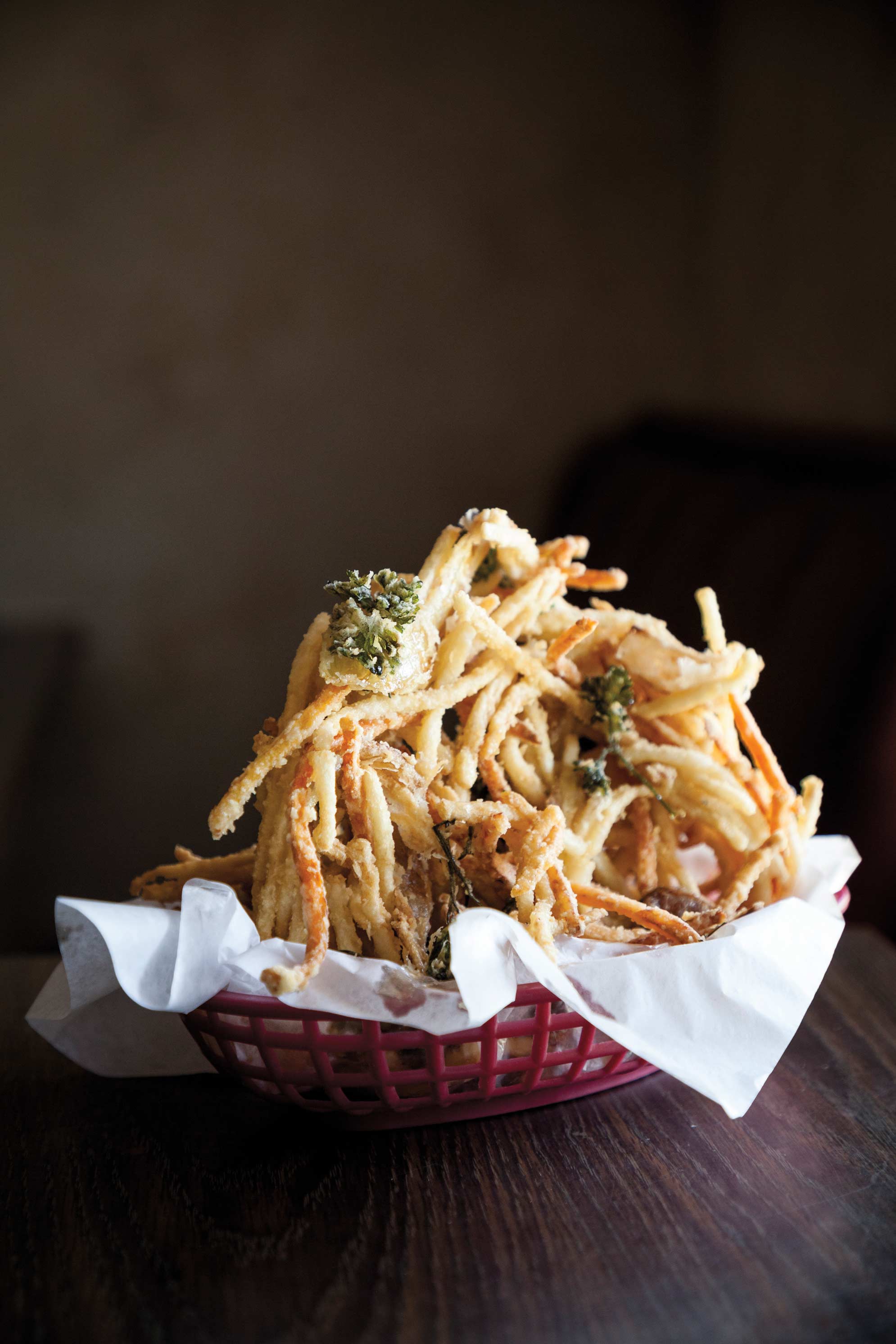 The Moores ran Kitok for 26 years, the same length of time Virginia native Bob Moore was in the service before retiring at Fort Hood. A job with a bank in Waco brought them here—and for seven years Bob and Kitok worked their day jobs, hers at a battery factory. She saved $2,400, took a lease at 1815 N. 18th St., and went to work getting Kitok off the ground. Another reason Kitok kept the Burger Factory sign up at first was that there was no money for a new sign. But Kitok was an instant success, so much so that Bob Moore quit his job to work full time at the restaurant, where he managed the front of the house while his wife and two other Korean women worked in the kitchen. Bob Moore passed away 15 years ago, though Kitok Moore still lives in Waco, where she attends the same church as Brendemuehl and Dehnert. (Owner No. 2, Min Ja Chung, moved back to Korea about five years ago.)

With Kitok Moore showing the way, these women have kept Waco weird and tasty, exotic and down-home, for over 40 years, and Kitok has gone from a humble burger joint to a local institution. Through the years, more and more customers—Dehnert estimates 40 percent—are ordering Korean dishes. Some mix it up, ordering homemade chicken tenders or fried fish with kimchee or mondu (Korean dumplings) on the side. If there was a Korean-American dictionary, “Kitok” would mean “co-exist.”

Open a menu, and the American and Korean sides are separate. Close it and they kiss.