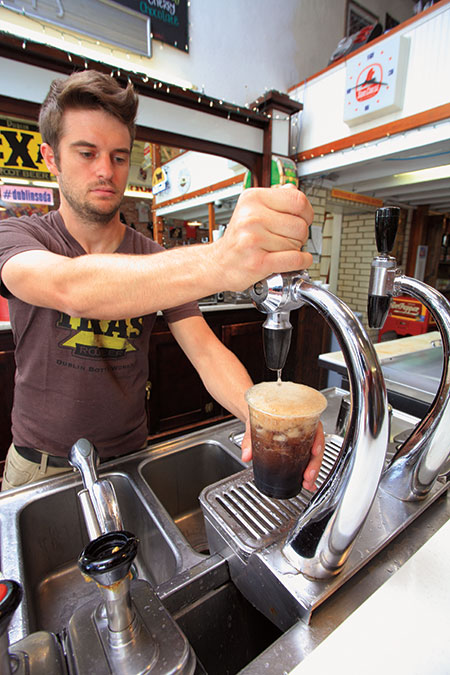 The 1891 Dublin Bottling Works enjoys the dual honor of being the state’s oldest soda bottling facility and the first to bottle Dr Pepper (created in Waco in 1885).

So when the plant stopped bottling what Texans fondly referred to as “Dublin Dr Pepper” in 2012, some people wrote off the company.

Kenny Horton, who is the manager and “head soda jerk” at Old Doc’s Soda Shop, located at the Dublin Bottling Works, sets the record straight: “No. The company never closed.”

Instead, Dublin Bottling Works introduced its own line of original-recipe bottled sodas.

See what readers are saying.

Texas Root Beer, for instance, was introduced in 2013 and features a smooth and creamy mouthfeel, light vanilla and licorice aromas, and dark, crisp flavors.

Kenny says the company’s longtime practice of using cane sugar as a sweetener gives the soda authentic flavor and texture. “Pure cane sugar doesn’t add bitterness like corn syrup does. So we don’t have to over-carbonate our sodas to compensate,” he says. “If you’re a real connoisseur, there’s a big difference.”

In his role as Tour Guide, Kenny meets a lot of those connoisseurs. “Many still make the pilgrimage hoping to locate some lost bottles of ‘Dublin Dr Pepper,’” he jokes. “But they usually leave having found a new favorite flavor created right here in Dublin.”