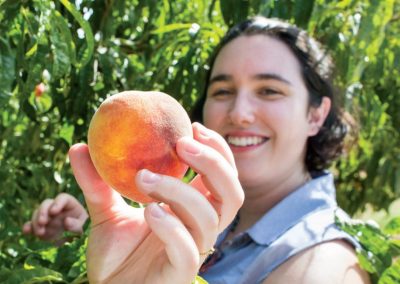 How to Make the Most of Texas Peach Season

As summer begins, so will annual pilgrimages to roadside stands and farmers markets where popular varieties of Texas’ succulent freestone peaches arrive in successive waves through Labor Day. Those peaches set a national standard for sweet-ness, and—here’s the really good news—they are mostly reserved for Texans. END_OF_DOCUMENT_TOKEN_TO_BE_REPLACED 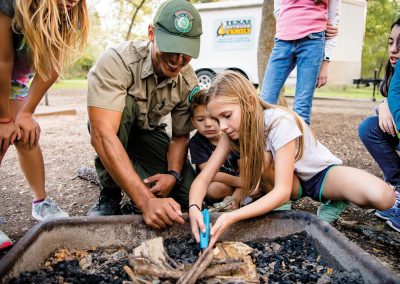 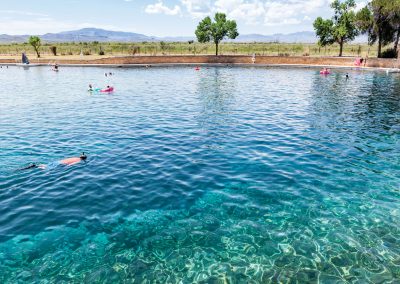 Sometimes the best summer moments are unplanned—a spontaneous road trip, a lazy day at the lake, or an impromptu backyard barbecue. But some of our state’s most memorable summer diversions require advance planning. Balmorhea State Park's star attraction, the pool, reopened March 1 after being closed nearly 10 months for repairs, and visitors are already returning in droves to cool off in the aquamarine water of the world’s largest spring-fed swimming pool. END_OF_DOCUMENT_TOKEN_TO_BE_REPLACED 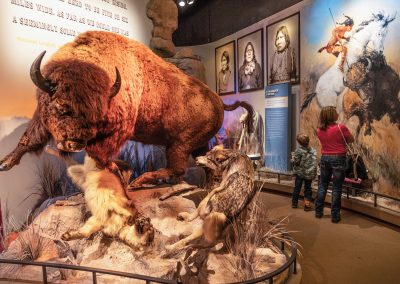 My children stepped foot in Abilene for the first time in their short lives last June for a quick three-night visit. Now, even though it’s been a year, mention Abilene to them and you’ll get a happy earful of stories. This fond association traces directly to the Children’s Art & Literacy Festival, an annual celebration of all things picture books. Most people know Abilene as the capital of the Big Country, a dusty railroad outpost thick with steakhouses and Churches of Christ. But for three days every June, the festival (known as CALF) cloaks downtown Abilene in an imaginative world of colorful characters and fanciful tales—and ice cream vendors aplenty. END_OF_DOCUMENT_TOKEN_TO_BE_REPLACED 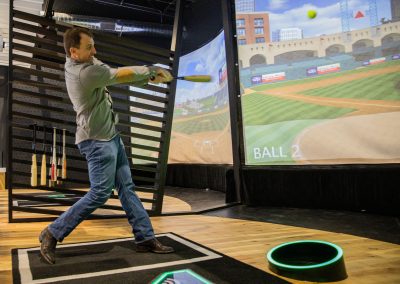 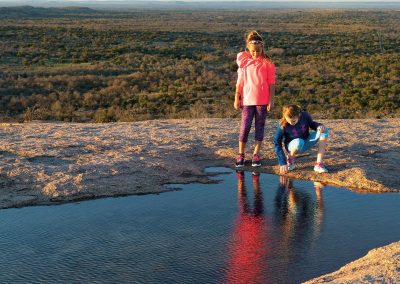 Shallow pools that form after rains on the massive granite dome north of Fredericksburg are among the few places where fairy shrimp are found in Texas. Growing about a centimeter long, the translucent freshwater crustaceans exist on the constant edge of survival, laying eggs that endure the dry season only to hatch when the pools refill with rainwater. END_OF_DOCUMENT_TOKEN_TO_BE_REPLACED 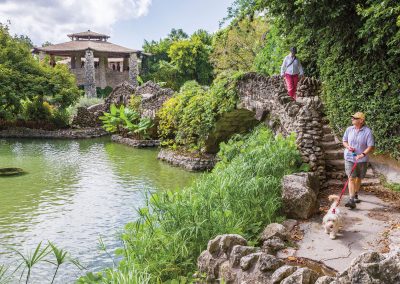 A San Antonio spring break may conjure images of theme parks and a barge ride along the Paseo del Río, and certainly, those are a few options for family fun, but the city’s new attractions and hidden treasures offer alternative adventures worth exploring. Some are decidedly urban—museums and chef-driven restaurants—while others bring you right into a natural oasis just south of downtown. But all dot the banks of the San Antonio River, the city’s lifeblood for centuries. END_OF_DOCUMENT_TOKEN_TO_BE_REPLACED 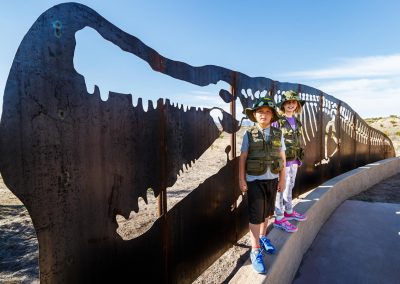 Plan to spend at least a few days in the park. You could visit for one day, but why do that when you’ve probably already driven at least a day to get there? END_OF_DOCUMENT_TOKEN_TO_BE_REPLACED 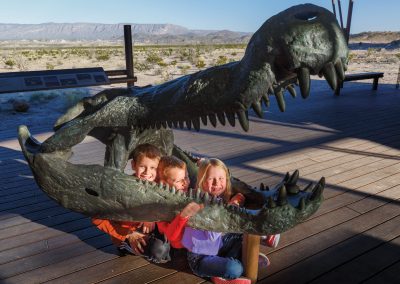 BIG BEND National Park can be intimidating. Countless photographs behold the region’s undeniable grandeur, its spectacular amalgam of desert, mountain, river, and sky. But the images also convey vast emptiness—16th-century Spanish explorers dubbed this territory el despoblado, “the uninhabited.” And those scenic photos often overlook the granular details, where scorpions, thorns, snakes, sunburns, and blisters reside. So it’s understandable when the uninitiated knit their brows at the thought of Big Bend, weighing a vacation experience against fears of a survival exercise in the Chihuahuan Desert borderlands. END_OF_DOCUMENT_TOKEN_TO_BE_REPLACED

The northbound road through Big Bend National Park winds between scab-colored volcanic hills and the baking white flats of the Chihuahuan Desert. During the day, little moves out here but the wind; the heat presses down heavy and hard on the rock shelves. The landscape feels frozen, dry, and dead. In a word, timeless. END_OF_DOCUMENT_TOKEN_TO_BE_REPLACED 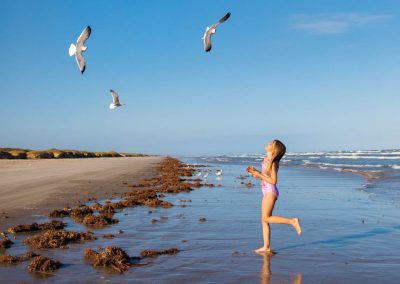 A new year and an empty calendar. Does inspiration know any finer muse? When it comes to travel, the arrival of January fuels daydreams of adventures and far-flung exploration—at least it does in the halls of a travel magazine. Here we explore 12 new and evolving travel opportunities across Texas, everything from cold springs to hot fiddling and craft beer to modern art. And with the exception of two—McAllen’s MXLAN festival in July and the Festival of Texas Fiddling in December—these ideas aren’t tied to a specific date, making them worthy of a trip any time of year. Start marking up that calendar now. END_OF_DOCUMENT_TOKEN_TO_BE_REPLACED 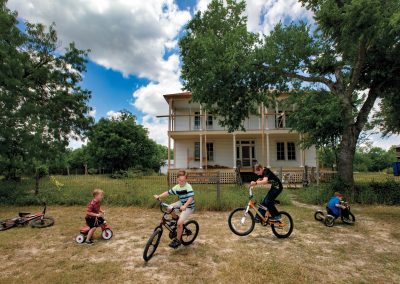 Aseemingly incongruous site greets Saturday afternoon visitors at the Presnall-Watson Homestead, a rambling 19th-century farmhouse along the Medina River in south San Antonio. Kids on bicycles kick out tricks as horseback riders in cowboy regalia round the corner, creating a surprising mash-up of three centuries crammed into one. END_OF_DOCUMENT_TOKEN_TO_BE_REPLACED