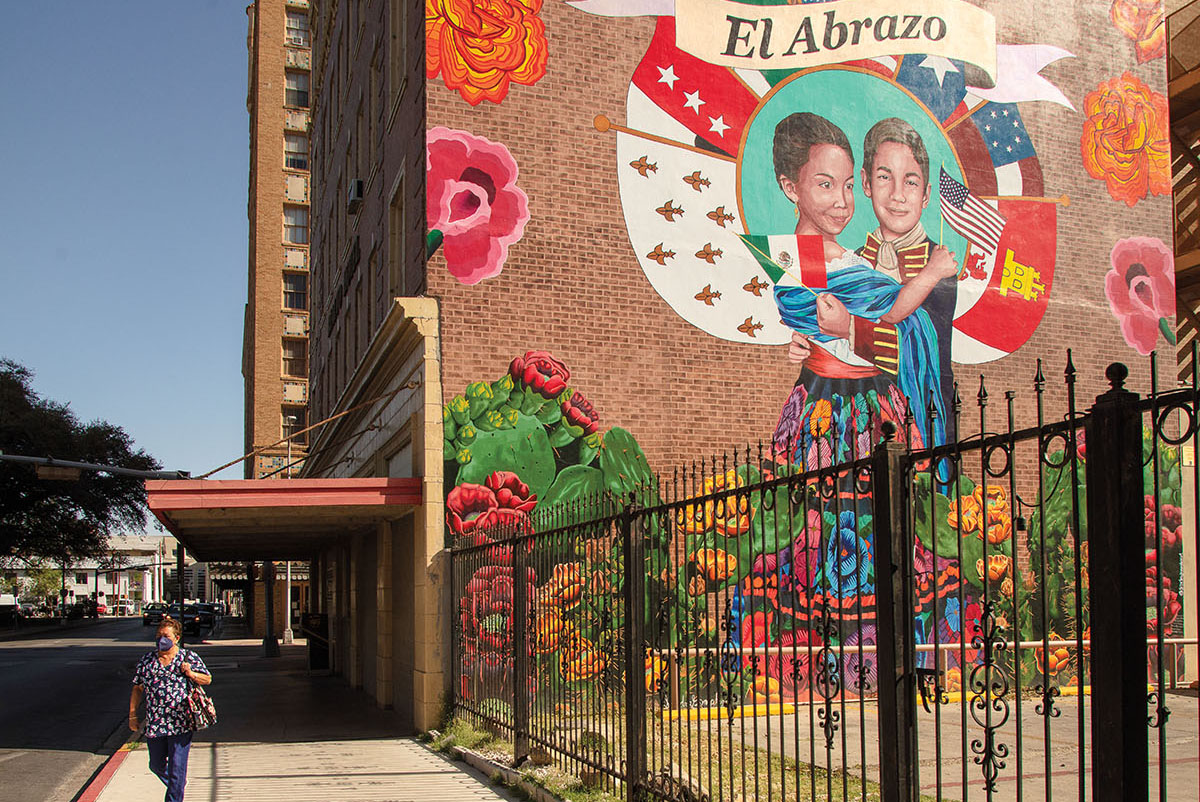 While she was growing up in Laredo, contributing writer Katie Gutierrez longed for life in a bigger city with more bustle and less monotony. But after living in San Antonio for 10 years, the third-generation Laredoan found herself missing her hometown’s sense of community—something she had mistaken for “sameness” as a child. “I miss hearing Spanish everywhere and looking around and knowing that most of us in any given place—a school, a restaurant, a mall—grew up in Laredo and share a common language of experience and culture,” she says.

For “Always Both and Neither”, Gutierrez shares the story of a new generation of residents who are revitalizing the downtown with restaurants, bars, and art venues. Laredo has grown and changed since her childhood, but Gutierrez found it retains its distinctive blend of Mexican and American cultures. Over the last four years, she immersed herself in the history and character of the town while working on her debut novel, More Than You’ll Ever Know, which is set in Laredo and Mexico City.

“I wrote from a combination of memory and research,”she says, “including many conversations with my parents, who described the Laredo of their childhoods in the 1950s and 1960s.”

In addition to her book coming out in June, Gutierrez’s story from last year’s Cowboy Issue, “The Original Cowboys,” will be published in the 2022 edition of The Best American Magazine Writing. The piece explores the history and legacy of vaqueros and was one of three stories from the September 2021 issue nominated for a 2022 National Magazine Award in the Lifestyle Journalism category. The American Society of Magazine Editors’ staff selected Gutierrez’s piece alongside 19 stories curated from finalists and winners, marking the first time Texas Highways will be featured in the annual anthology.