Coinciding with the hummingbirds' southward migration, the festival features birding lectures, tours, banding demonstrations, workshops, and photography clinics—as well as the opportunity to visit the yards of Rockport-Fulton homes where the owners hang feeders to attract the birds. 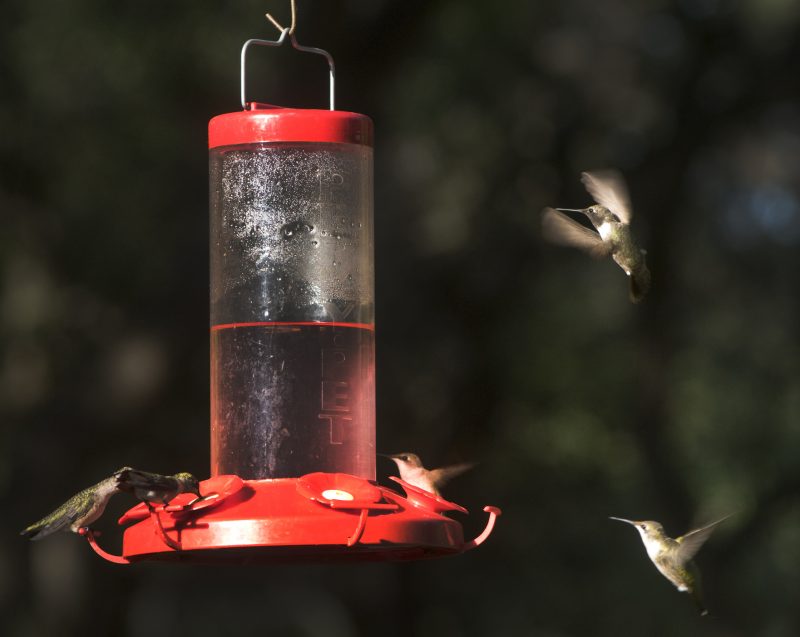 Rockport’s most adored part-time resident, the ruby-throated hummingbird, has begun streaming into town, just ahead of the 31stannual Rockport-Fulton HummerBird Celebration.

Ruby-throated hummingbirds migrate to the Texas coast from the northeastern United States by the thousands each September, pausing two or three weeks to fatten up on insects before beginning their 500-mile, 20-hour flight across the Gulf of Mexico to winter ranges in Mexico and Central America.

Rockport and Fulton roll out the red carpet for the nimble, walnut-sized birds, nature’s version of the acrobatic Golden Snitch in Harry Potter’s favorite game of Quidditch.

“While they’re here in Rockport, they’ll triple their body weight to prepare for the flight,” Gomez said.

The birds are drawn to Rockport because of the abundance of trees near the bay.

“These live oak trees, bent from the prevailing winds, are rare along the Gulf Coast,” Gomez said. “Most of the territory along the Gulf is open wetlands and marshes. There are not a lot of trees that are filled with insects and offer them protection from predators. We don’t know how much of the population comes here, but we know it’s a significant amount. They’re just everywhere.”

The ruby-throated hummers get top billing at the celebration, but other species, including rufous, black-chinned, buff-bellied, and Allen’s hummingbirds, are also expected to make appearances.

Hummingbirds can flap their wings up to 70 times per second. They can zoom along speedily, screech to a halt, hover, and maneuver up and down like a helicopter.

Hundreds of area residents hang feeders to attract hummingbirds, and one unique aspect of the festival is that community members open their private backyards to allow visitors an up-close look at the birds. This year, 31 Hummer Homes will be open for viewing.

For information, contact the Rockport-Fulton Chamber of Commerce at 361-729-6445.