Living rock cacti, ocotillo, and yucca are in popular demand by collectors around the world 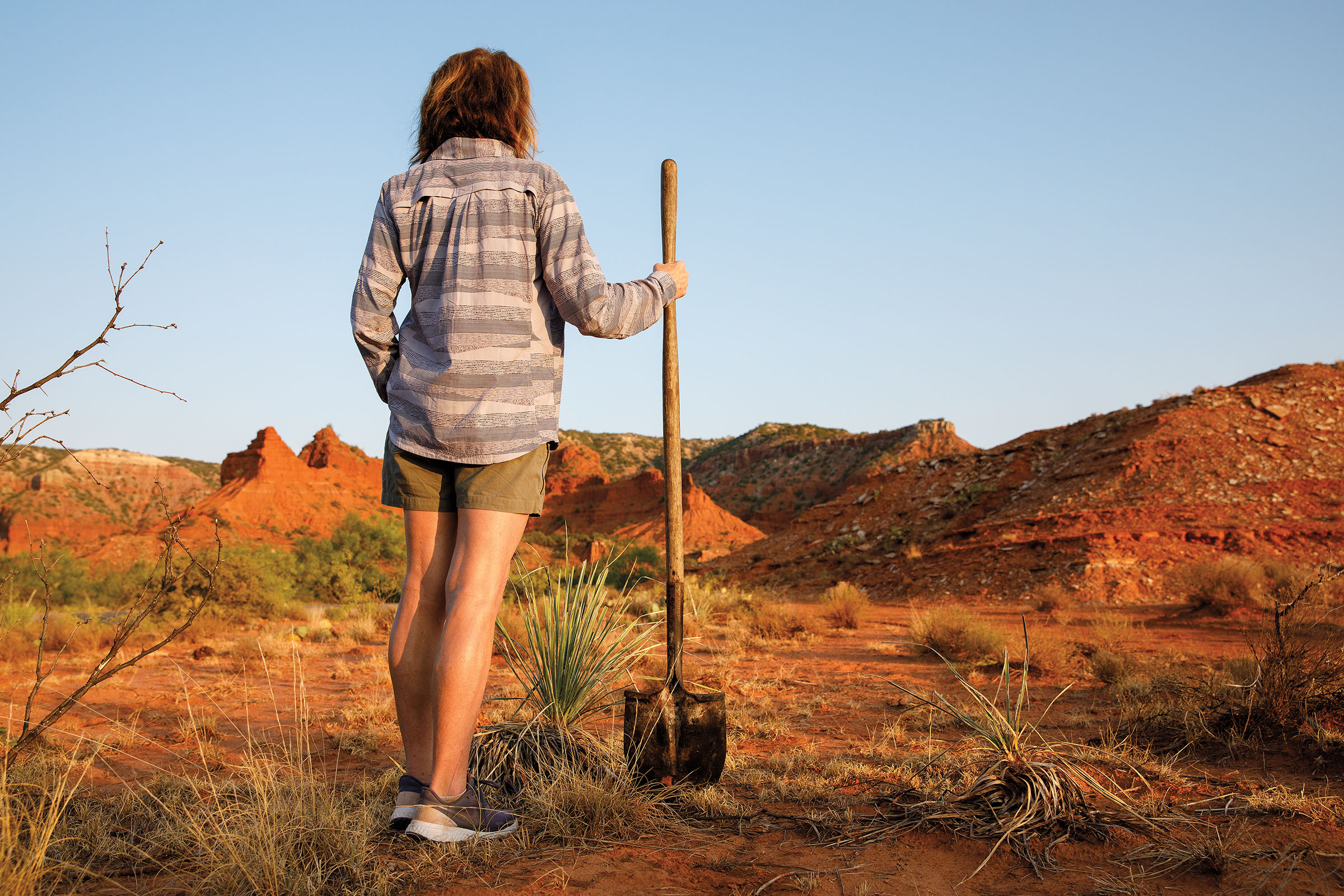 Retired Big Bend National Park biologist Raymond Skiles spent a lot of time hiking the desert and mountains in the 1,252-square-mile park during his tenure. One of his favorite routes followed a ridge near the Rio Grande, where ocotillo dot the rocky limestone and the high ground offers views of the river and Sierra del Carmen mountains. For years, he enjoyed spotting various cacti along the way, including living rock cacti, a small spineless plant that blends in with the rocks. But around 2006, something curious started happening.

“On a walk one evening, I noticed a small pit, maybe 6 inches deep and wide,” Skiles says. “Then another, and another. Then dozens over a few hundred yards. I realized I was no longer seeing any living rock plants. They were all gone. It was clear that someone had walked that route digging them up.”

Those cacti fell victim to smugglers who sell rare plants to collectors in Europe and Asia. Beginning in 2012, multiple federal and state agencies embarked on a years-long investigation resulting in the sentencing of six Texas men. Over the past four years, the men were ordered to pay fines and serve varying terms of probation. Investigators estimate the men removed between 10,000 and 15,000 plants. A single offender made more than $300,000 and probably shipped several thousand plants in a period of just seven months, according to the U.S. Fish and Wildlife Service. The lure of that kind of money for relatively little effort means more hikers could find scenes like the one Skiles encountered.

“Collecting is a nationwide trend; it’s not just here or isolated,” says Clint Hunt, a Texas Parks and Wildlife Department game warden in Alpine. “It’s the money.” The special cacti that grow in Big Bend are popular with collectors around the world—the rarer, the better. And the internet facilitates easy trade. “You see living rocks posted for sale online, and within minutes they sell,” Hunt adds.

Despite the rarity of living rock cacti, no law prohibits selling them in the U.S. The men were convicted for selling them internationally, a violation of the Convention on International Trade in Endangered Species of Wild Fauna and Flora. This agreement between governments aims to keep international trade in wild animals and plants from threatening their survival. Removing plants from public land in the U.S. is illegal under state and federal laws, Hunt says, but otherwise these plants are unprotected.

Hunt reports that people also dig up “trailer loads” of yucca and ocotillo in Big Bend Ranch State Park and on private land, and then take them to New Mexico, Arizona, and California. This demand is fueled, in part, by well-intentioned campaigns for drought-tolerant landscaping.

Skiles, too, has witnessed suspicious activity right outside Big Bend National Park, which greeted 450,000 visitors last year. Concerned citizens have also shown him photos of people digging up plants on the other side of the park’s fence and putting them on trailers toting large loads. But since Skiles hasn’t witnessed any activity on park land, he’s had little recourse. “These are iconic plants in this area,” Skiles says. “They don’t replace themselves fast enough to sustain that harvesting over the long term.”

Park visitors sometimes remove plants from public lands, too. And while taking a single plant may seem mild compared to the thousands smugglers purloin, it augments the problem.

“People think, ‘I’m only taking one and I’m a good steward of the land,’” says Karen Little, manager of the environmental lab at Sul Ross State University in Alpine. “But we need to get past that.” 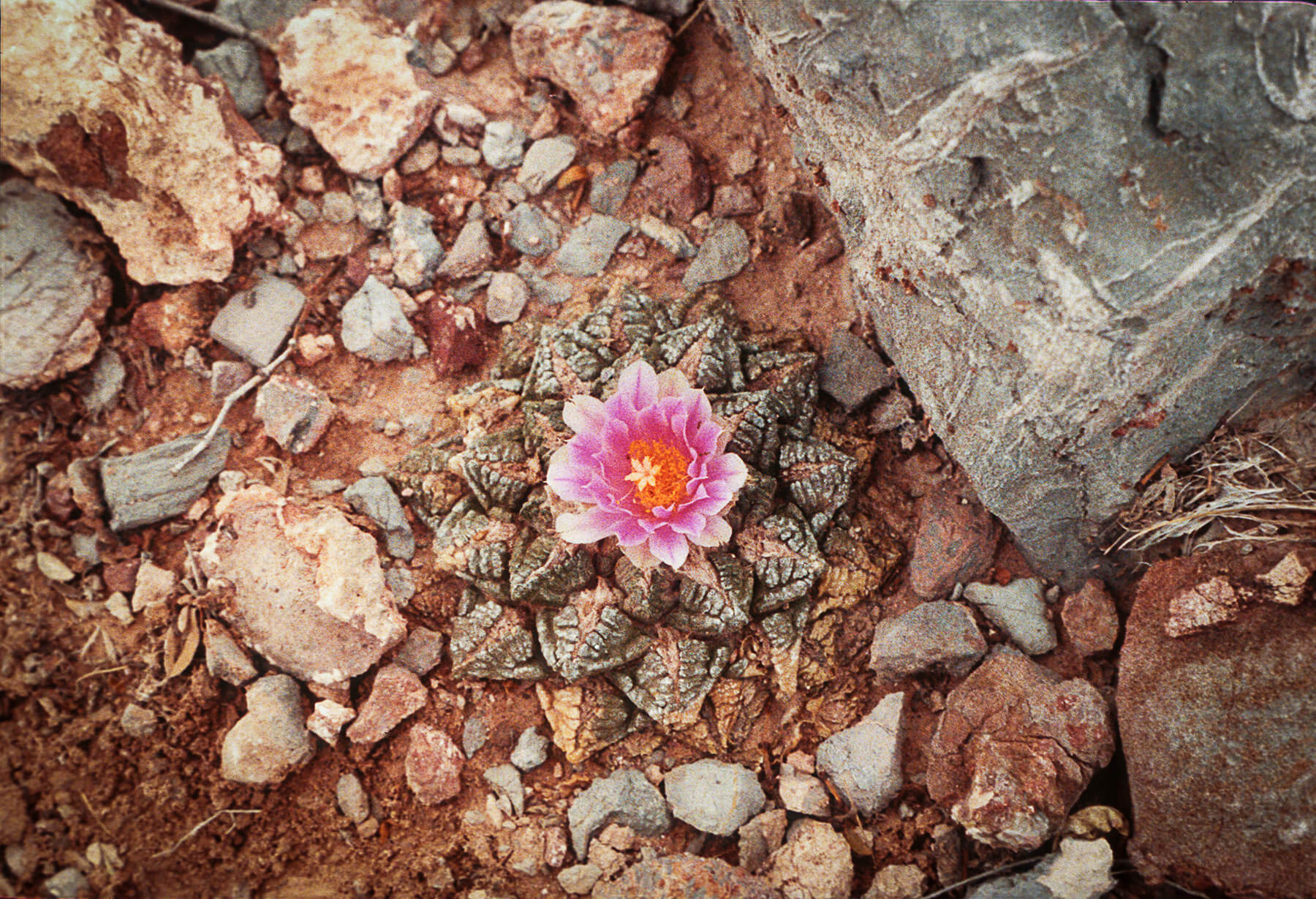 It takes 10 years for a living rock cactus to grow to the size of a half dollar.

While visitors tend to notice only aesthetic changes when plants go missing, the effects have larger consequences. Each plant helps shape its environment, says Texas Parks and Wildlife Department botanist Anna Strong. “Think of it like a Jenga game,” she says. “If each block represents an organism, the blocks around it are affected by its removal. Take out enough blocks and at some point, the tower falls.”

Many animals eat plants, so reducing the number of those plants, or changing where they grow, can leave hungry critters searching fruitlessly for their next meal. Living rock cactus flowers, for example, provide nectar for bees and other insects, Strong points out. Bees are eaten by bears (no kidding), hummingbirds, and dragonflies, and other insects are food for birds, coyotes, and snakes.

Removing a plant also eliminates its future offspring. Cacti in particular often grow for years before they reproduce; living rocks take eight to 10 years. Charlotte Reemts, research and monitoring ecologist for the Nature Conservancy in Texas, points out that some plants see only 1% of their seeds become an adult plant that makes its own seeds.

“In the harsh environment of the desert, by the time a plant has grown old enough to make seeds, it has run a gauntlet of drought and storms and rabbits and other animals that might eat it,” she says. “Just to get big enough to make seeds is an incredible achievement. You already have only a small fraction that make it, and removing a plant reduces the number of seeds in the population even more. It can get to a point where there aren’t enough plants to replace those that die.”

The Chihuahuan Desert, one of the world’s most biologically rich and diverse deserts, stretches from southeast Arizona across New Mexico and West Texas and southward over almost 25% of Mexico. Within its vast boundaries grow almost a quarter of the 1,500 known cactus species. Thirty-one percent of those species are threatened, mainly by illegal trade.

Many of these cacti are not commercially available because they grow so slowly. After 10 years, a living rock cactus only reaches about the size of a half dollar, according to Little. People would rather pull a sizeable one from the ground than wait decades for it to grow from a seed.

Reemts understands the desire to have something rare and beautiful, but likens taking a plant to having a private art collection. “You’re the only one who gets to enjoy this beautiful plant,” she says. “Leaving it in place is like having an art museum where it is seen by thousands
of people.” 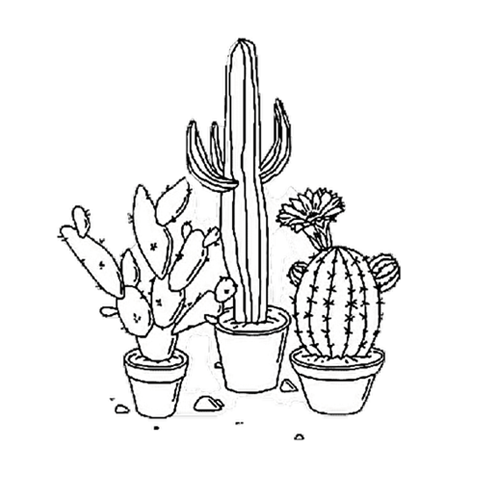 Be a Good Seed

To protect our natural environment, follow these tips to avoid buying illegally collected plants or seeds.

Don’t buy plants from sellers in other countries, especially if the plant is not native to that country.

Look for domestic sellers advertising cacti as grown from seed. Find out how long the seller has been in business, since many cacti take years to grow big enough to sell.

Avoid purchasing seeds or plants if the seller can’t tell you where they were grown or legally collected.

Nursery-grown plants typically look more symmetrical and have a more vibrant color than wild ones. Scruffy plants may have been illegally collected.