The Legend of the Guadalupe Bass, the State Fish of Texas 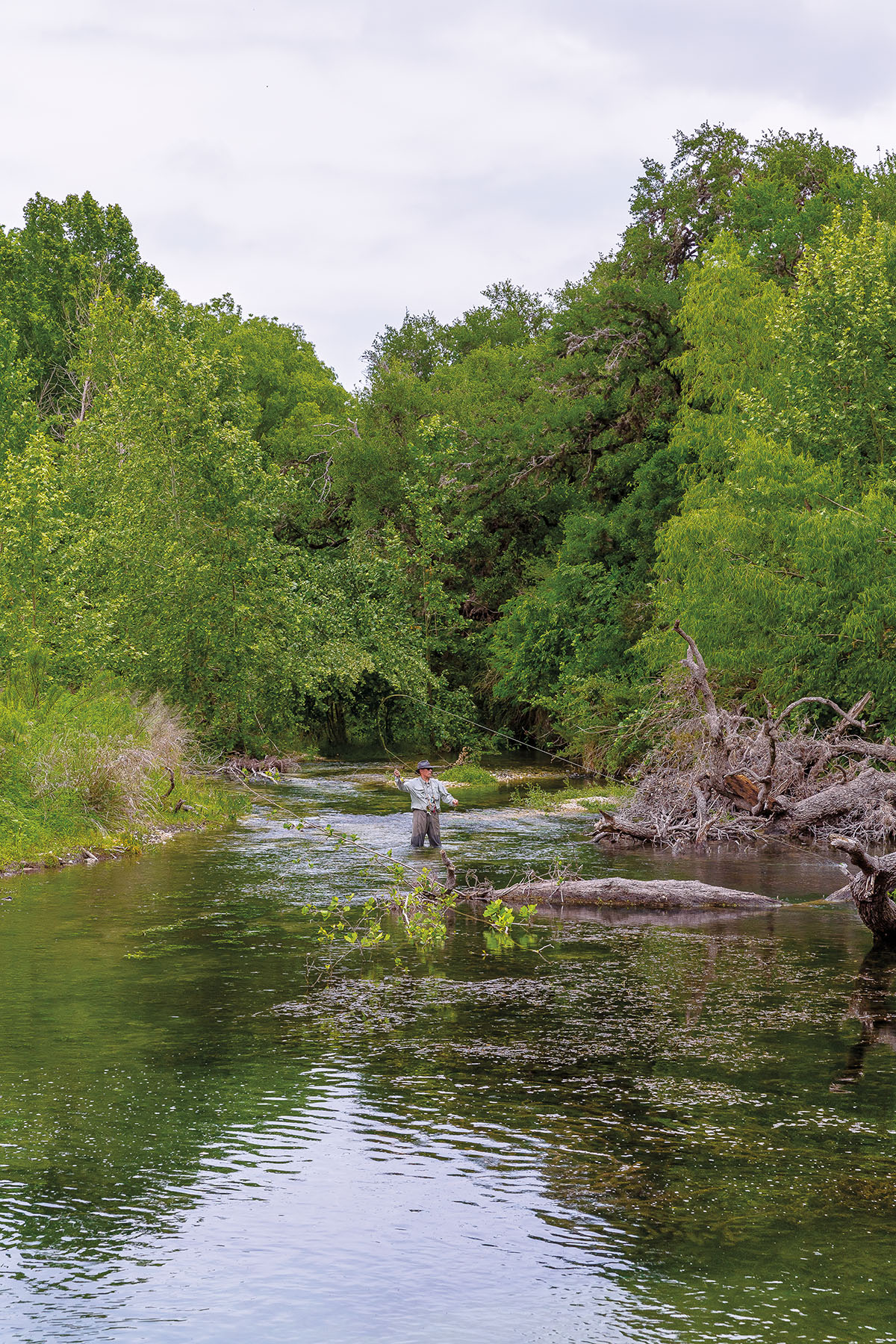 In 1849, pioneering French botanist Auguste Trécul followed the Guadalupe River inland from the Gulf Coast to New Braunfels, noting flora and fauna along the way. Trécul was primarily interested in edible plants of the American West, but Texans remember his trip for a different discovery: a feisty little fish, green with a golden belly, that darted about the clear waters of Hill Country streams. Today we know this fish as the Guadalupe bass, the state fish of Texas.

Trécul’s French colleagues recorded the find in the ensuing years, but the fish’s identity in Texas remained a slippery debate for decades. A handful of similar river bass confounded scientists. The sleek Texas native, which inhabits rivers across the Edwards Plateau, was lumped in with the likes of the spotted bass and the shoal bass found elsewhere in the American South. Then, in 1942, American scientists “rediscovered” the Guadalupe bass, leading to its reclassification as its own breed, Micropterus treculii.

These days, anglers revere the Guadalupe bass as a distinctly Texan emblem of clean water and swift currents. During the spring spawning season, the fish dig nests in the gravel bottoms of swift creeks and streams, and develop a voracious appetite for invertebrates and smaller fish. Their hunger makes them a prime target for anglers trying their luck in places like the upper Guadalupe—where Trécul most likely first caught the fish—and portions of the San Antonio, Nueces, Colorado, Brazos, Blanco, Llano, and Pedernales river watersheds.

“They’re really fun to catch,” says Tim Birdsong, a fisheries biologist with the Texas Parks and Wildlife Department and an avid fisherman who has led the state’s Guadalupe Bass Restoration Initiative for nearly a decade. “They dart out into the current, and you realize when you hook one they really know how to fight.”

The tenacious fish helps anchor a sport-fishing industry that brings nearly $70 million to Central Texas annually, according to a 2015 study by Texas Tech University and TPWD. The report found that 42% of freshwater anglers in the Hill Country specifically target Guadalupe bass, with hotels, gas stations, and tackle shops all benefiting from the anglers who pursue them.

Just as trout draw sportsmen to the Rocky Mountains, Guadalupe bass entice anglers from across the U.S. to Texas. The fish’s scenic home range in the Hill Country doesn’t hurt its appeal. Guadalupe bass lurk along shady, cypress-lined banks, behind boulders, and in swirling eddies, surging into fast-running currents to feed and leaping when caught. 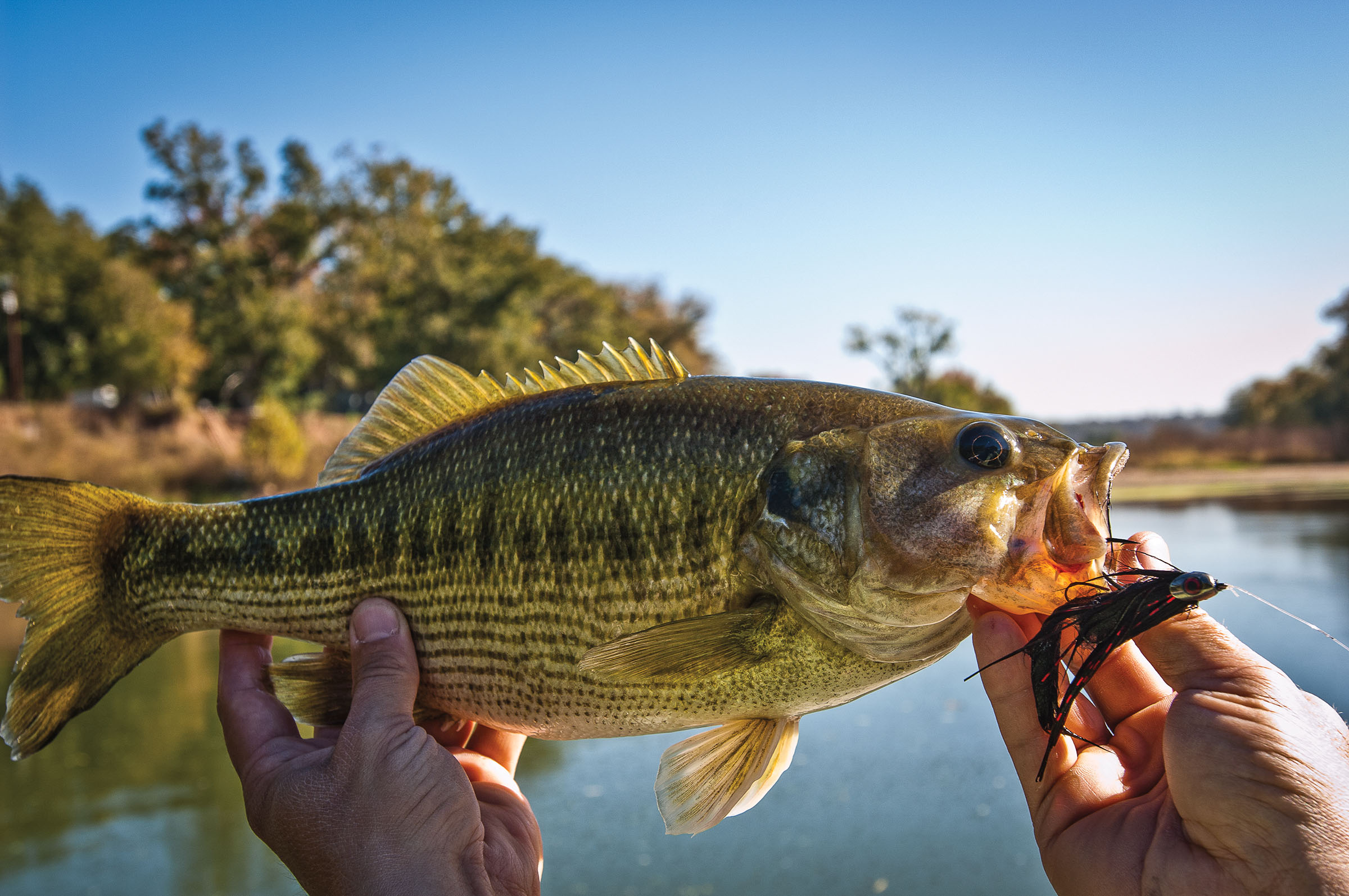 The Colorado River is one of the state’s best for Guadalupe bass. Photo by Tosh Brown.

Birdsong says the Guadalupe bass holds its own against more famous and charismatic sport fish such as the salmon of the Pacific Northwest and the brook trout of Appalachia—iconic species that have inspired ongoing conservation efforts. Even so, for close to a century after Trécul first identified the species, the Guadalupe bass remained overlooked in Texas. State biologists instead preferred the stocking of nonnative smallmouth bass, a distant cousin of the Guadalupe.

But things started to change for the Guadalupe bass in 1989, thanks in part to an industrious group of third
graders from Decatur Intermediate School in Wise County, 40 miles northwest of Fort Worth. The schoolchildren campaigned to make the species the official state fish of Texas after they learned it is the only bass found exclusively in the Lone Star State. And through the work of former TPWD biologist Gary Garrett, they also discovered the fish was imperiled by habitat loss and the introduction of nonnative species.

Research by Garrett and his colleagues established that crossbreeding with smallmouth bass in Texas could lead to the disappearance of Guadalupe bass. TPWD added its voice to the student campaign, and the Texas Legislature in turn adopted the species as the Texas state fish.

In 1991, TPWD wrote a conservation plan and started stocking Guadalupe bass in Texas rivers, especially portions of the Colorado and Brazos, to keep the rivers from being overwhelmed by the reproduction of hybridized nonnative fish. The state has gone on to stock millions of purebred “guads” across their historic range in the Blanco, San Antonio, and South Llano rivers and their tributaries, while also working with ranchers and other landowners to improve habitat quality.

Still, expert anglers who don’t know the state fish struggle to distinguish it from smallmouth and largemouth bass, both of which are larger than Guadalupe bass. The latter rarely top 3 pounds, and the markings on its green flanks resemble an EKG readout. Largemouth have a dark lateral stripe, and smallmouth have vertical markings.

Chris Johnson, the proprietor of Living Waters Fly Fishing, a shop and guide service in Round Rock, has been fishing for Guadalupe bass since he was a boy on his grandparents’ place near Cibolo Creek. These days, he often strings a rod and walks to Brushy Creek, a couple of blocks from his shop, where he can target the fish at a moment’s notice. When he’s got time for a longer outing, he heads to the San Gabriel or Llano rivers.

Fed by cool springs, these rivers run swift through riffled shallows and offer plentiful shade. “I’m really passionate about native bass,” Johnson says. “I’d rather catch a 3-pound Guadalupe bass than a 10-pound largemouth any day. They are such a tough and resilient fish, just made for Texas. 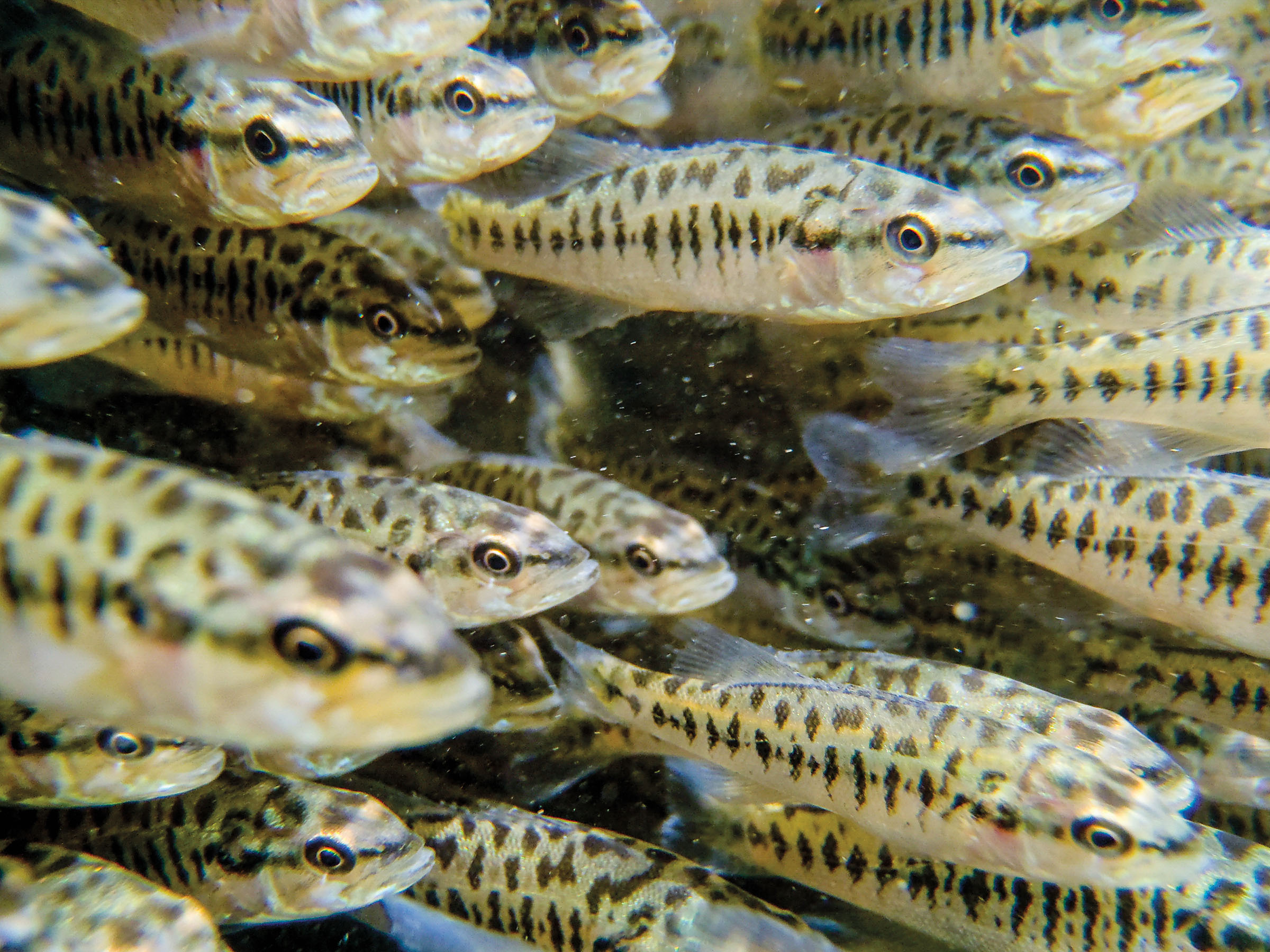 The Texas Parks and Wildlife Department stocked 700,000 genetically pure Guadalupe bass in the South Llano River between 2011 and 2017.

Angling for a Catch

As the chief architect of the state’s Guadalupe Bass Restoration Initiative, Tim Birdsong knows the ins and outs of catching the state fish. He says the fish are aggressive feeders and most active in the spring, summer, and fall, taking live bait as well as artificial lures and flies.

The state fish persists across rivers and tributaries in the northern and eastern sections of the Edwards Plateau, in the waters around towns such as Concan, Camp Wood, and Kerrville. Along the Llano River near Castell, TPWD maintains public access sites and day leases offering fishing from the bank or a kayak.

Birdsong also recommends fishing the South Llano River, upstream from Junction, where TPWD has stocked nearly a million purebred native Guadalupe bass over the past decade. In addition, South Llano River State Park serves as a launch for a 6.3-mile paddling trail to Junction City Park, offering access to some of the best waters in Texas for Guadalupe bass fishing.