10 Facts About the Texas State Flag 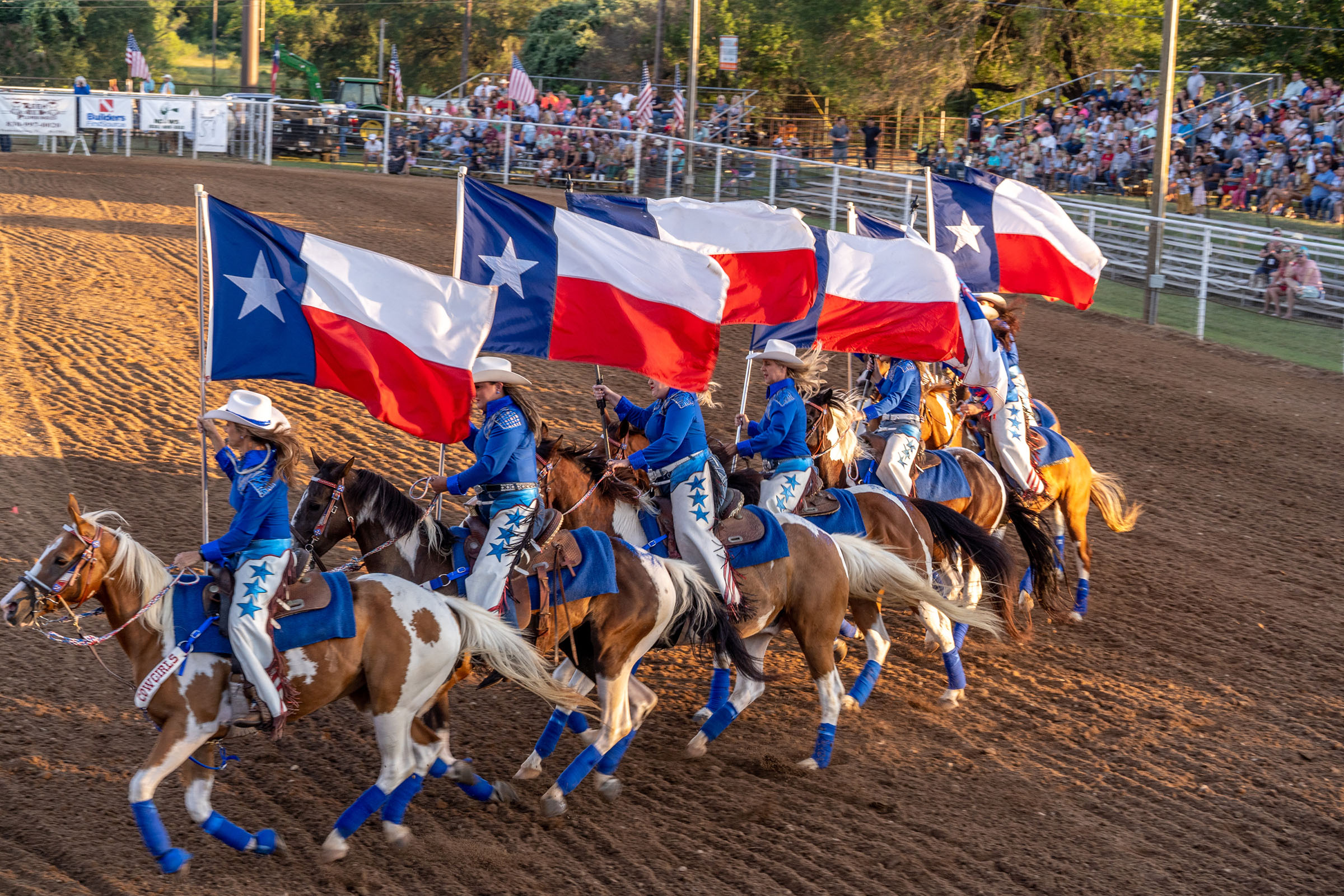 Texas flags at the 60th Annual Stonewall Peach JAMboree and Rodeo. Photo by Will van Overbeek

Today is National Flag Day, and it’s no secret that Texans have a special affection for their state flag. Found everywhere from stately buildings to individual homes and emblazoned on an unlimited selection of merchandise, including cowboy boots, it’s far more than a simple piece of fabric—it represents Texas’ complex history, the pride of its residents, and its unique identity as a state. On this Flag Day, we’ve compiled a list of facts about the Texas state flag that every Texan should know.

1. The Six Flags of Texas

If you’ve ever sat through a Texas history class, you know that the familiar Lone Star flag is only one of many flags that have flown over Texas at one time or another. There have been six flags corresponding to the six different countries that controlled Texas territory: Spain, France, Mexico, the Republic of Texas, the Confederate States of America, and the United States of America. The six flags tell the story of the deep history behind the state of Texas—and lend a popular Texas amusement park its name.

2. The Designer of the Lone Star Flag Is Unknown

Vexillologists (people who study flags) have not been able to identify the designer of the Texas state flag. In a 2016 interview with KUT, Houston Court of Appeals justice and vexillologist Charles A. Spain explained the difficulty involved in identifying the designer. The official flag design was proposed by an 1836 convention of 59 delegates along with the Texas constitution and declaration of independence. “The problem is, because the records of the convention are incomplete, we have a reference that there was a design on a certain date but the design isn’t described,” Spain said.  Until historians or vexillologists someday are able to trace the original designer, his or her identity will remain a mystery.

So close, yet… not that far, really. In 2001, the North American Vexillological Association asked its members and the public to rate 72 flag designs from across the United States and Canada on a scale of 0 to 10. Over 29,000 individual votes were cast from 20 countries, and half of U.S. state flags had average scores less than four. Texas came in second place just behind New Mexico, with Quebec in third. Maybe it’s time for a new survey.

4. A Seventh Flag over Texas

Some Texas cities such as Laredo have flown a seventh flag: the flag of the Republic of Rio Grande. The republic only lasted 10 months in 1840 and was never officially recognized, but it still established a legacy in that short time. The leaders of the republic set up a capital building, a president, a cabinet, and a flag, according to the Republic of the Rio Grande Museum. The flag has a similar layout to the Texas state flag, with white and black horizontal stripes on the right side of the flag and a red vertical stripe on the left containing three white stars.

In the Texas Capitol, the original Battle Flag of San Jacinto has hung in the House of Representatives since 1933. Visitors hoping to see it can book a tour at the Texas Capitol, but they may be disappointed—when the House is not in session, the flag is replaced by a reproduction while the original is kept behind the drapery in darkness. Keep an eye out for historic flags at the Bullock Museum, where flags are occasionally put on display, though none are currently on view.

Texas’ flag code provides a series of guidelines for the display and use of the Texas flag. Though it is officially Texas law, there are no penalties for violating the flag code, and it is generally used as formal etiquette rather than a binding requirement. For example, the flag should never be used for advertising or merchandising purposes according to the flag code, but you’ll still see the flag proudly featured on cowboy boots, license plates, and belt buckles. Additionally, the flag should never be flown in inclement weather or displayed outside overnight. When displayed horizontally, the white stripe should be on top, except in case of distress.

7. Fact Check: Flying the Stars and Stripes and the Lone Star Flag

There is a common misconception that Texas is the only state able to display its flag at the same height as the flag of the United States. The truth is all states are permitted to display their flags at the same height as Old Glory. However, U.S. flag code offers more information about displaying the state and national flag together. When the flags are displayed on the same flag pole, the state flag must fly below the U.S. flag, and when the two are carried in a procession or flown on separate flagpoles, the U.S. flag must fly on the state flag’s right (viewer’s left).

Measuring 100 feet wide by 150 feet long, the world’s largest Texas flag is handled by the University of Texas at Austin chapter of Alpha Phi Omega, a national coed service fraternity. The flag weighs 450 pounds and takes about 60 chapter members to manage it. The flag was originally a gift to Texas Gov. Price Daniel by Mississippi Gov. Ross Barnett at the 1962 Cotton Bowl between the Texas Longhorns and Ole Miss. Today, the massive flag can be seen at pre-game shows at Texas Longhorns games in Austin.

9. The Colors Have a Deeper Meaning

The red, white, and blue of the Texas flag carry greater significance than simple aesthetic appeal. According to the flag code, the colors represent bravery (red), purity (white), and loyalty (blue). Upon the flag’s adoption in 1839, it was proposed that the red stand for war, white for peace, and blue for friendship, but the suggestion was not adopted by the Texas Congress. The flag also shares the symbolism of its colors with the flag of the United States.

The Texas flag has a unique quality compared to other state flags: According to the Texas House of Representatives, it is the only American state flag to have served as the flag of a recognized independent country. Given the pride that Texans have in their independence, it’s only fitting that piece of the state’s history is displayed with a mighty flag.