As a longtime resident of New Mexico, I’ve often heard about the Pueblo Revolt of 1680, when the Pueblo Indians drove the Spanish, under whose yoke they had suffered greatly, out of New Mexico. The Spanish retreated to the El Paso area, where they regrouped to re-conquer New Mexico in 1692. 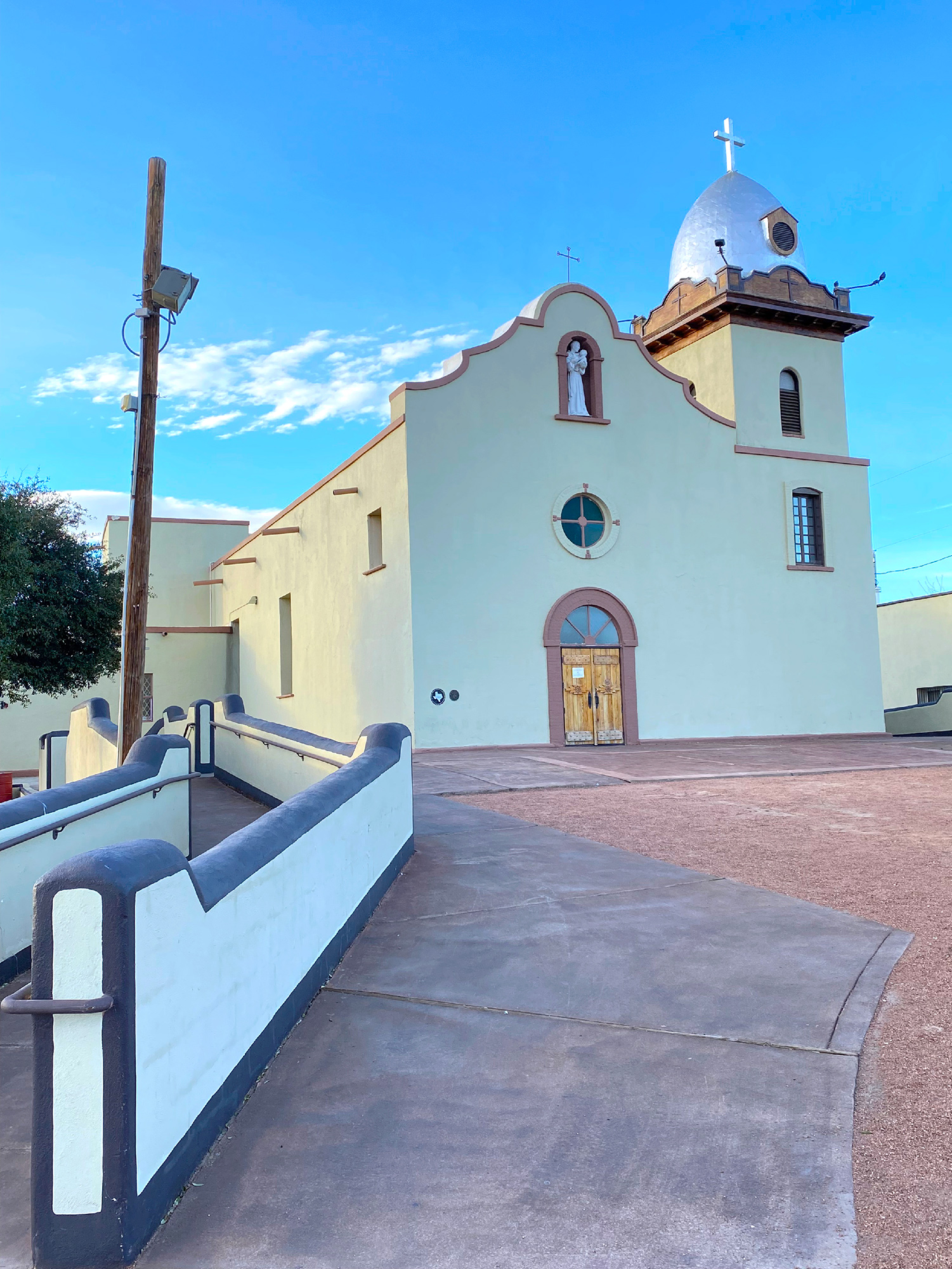 The Ysleta Del Sur Mission was built in 1682

I always wondered what happened to the Spanish during those 12 years in El Paso, but never looked into it until late last year, when my husband and I drove through El Paso, saw a sign pointing to the 9-mile “Mission Trail,” and decided to follow it. We discovered a deep dive into state history and the remarkable story of cultures that clashed, compromised, collaborated, and enriched the tapestry of Texas as we know it today.

The first of the three graceful adobe churches, Ysleta Del Sur Mission, was built in 1682 by members of the Tigua tribe who were forced to accompany the Spanish south from Isleta Pueblo near present-day Albuquerque. The white mission, with its silver bell-shaped tower, combined the religious fervor of the Franciscan priests who converted the native people, and the spiritual devotion of the Tigua. Over 400 years, after sustaining floods and fires, the mission has undergone several incarnations. Today, the Tigua attend mass and still dance to the beat of their own drums during traditional ceremonies on the plaza outside the church.

It’s a short drive to the magnificent Socorro Mission, with the gleaming white plaster surface of its stepped façade. The door is outlined in brick. The bell tower houses two bells, one above the other.

Socorro’s name derives from Socorro, New Mexico, which was the home of the Piro tribe. Some of them came south with the Spanish after the revolt. The mission was founded by Fray Antonio Guerra in October 1680, just two months after the revolt. His evangelization replaced native religion with the religion of Spain and the mission church is considered to combine the best elements of Native American and Spanish design in El Paso County.

Ysleta Mission is open daily 8 a.m. to 4 pm. No organized tours are scheduled due to COVID-19.

Like the other missions, Socorro was on El Camino Real de Tierra Adentro (“The Royal Road of the Interior”). The road spanned more than 1,500 miles from Mexico City to north of Santa Fe, New Mexico, and was the earliest European-American trade route in North America. It was preceded by ancient Indigenous travel and trade routes.
Subscribe to Texas Highways

The mission grounds are also home to La Purisima Cemetery—many graves are marked with weathered crosses that bear no names.

The writer ended her trip at the San Elizario presidio chapel

About 6 miles south of Socorro is the San Elizario presidio chapel. Its white façade features black architectural accents and a black double-bell tower.

The church was established as part of a Spanish military garrison, and most of the historic buildings preserved in the town date from more than a century after the Pueblo Revolt. They include a jail, mercantile, and gristmill. Behind them is a trail along the acequia (irrigation ditch) and cotton fields.

The Mission Trail is an invitation to explore many ingredients in the cultural soup that is Texas.