A New Visitor Center in Amarillo Explores the People, Places, and Legends of Historic Route 66

The I Am Route 66 Visitor Center and Gallery was born from Amarillo photographer Jim Livingston's project to photograph the mythic Mother Road. The center helps travelers, particularly foreign travelers, navigate the patchwork route of the highway through the state while also selling Route 66 souvenirs, photography, and artwork. 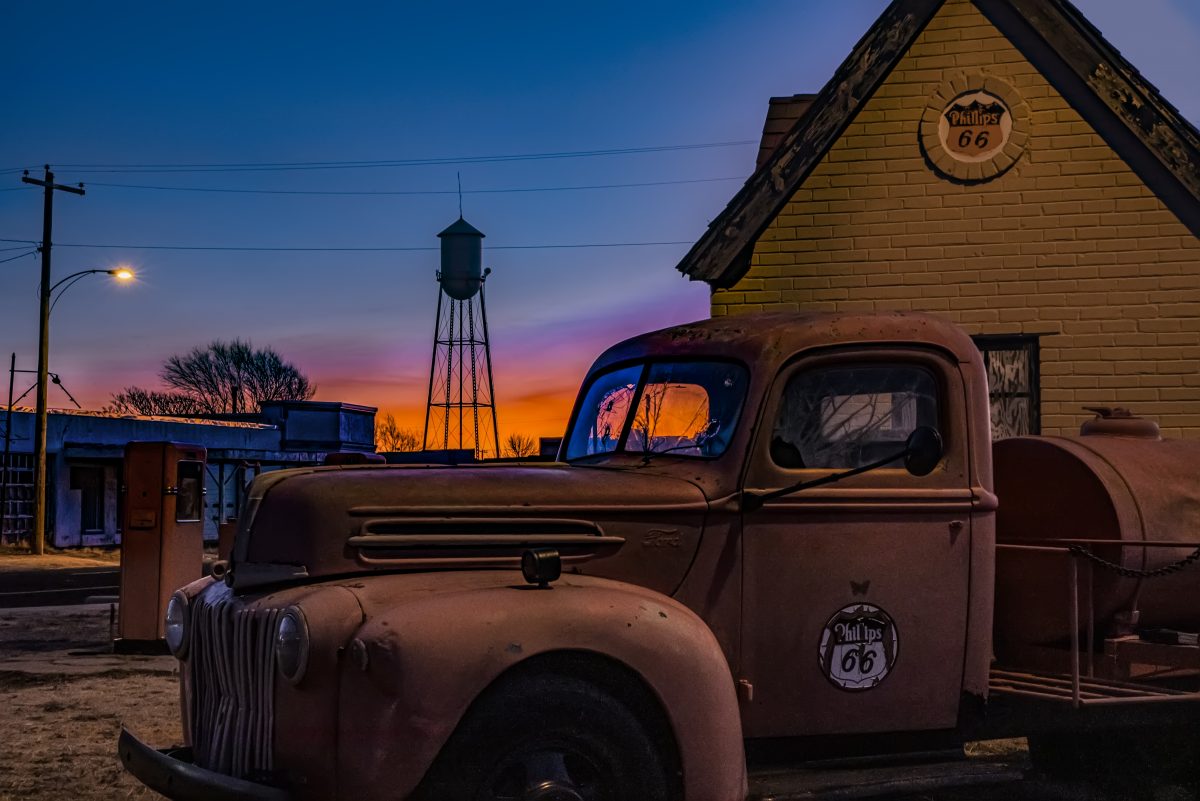 For Amarillo photographer Jim Livingston, the new I Am Route 66 Visitor Center and Gallery he opened in his hometown represents the thousands of personal connections he made while driving 25,000 miles up and down the highway known as the Mother Road.

The project started back in 2015 inside the 806 Coffee Shop along Route 66 in Amarillo. That first day, Livingston took 64 black-and-white portraits of the eclectic mix of customers for what was supposed to be a one-time art show. In their own handwriting, the customers filled in the blanks to three prompts: “I am ____, I regret ____ and Before I die ____.” Livingston called it the I Am Project. He packaged the photos into a coffee table book, which went nowhere with publishers.

“I got all these rejection letters,” Livingston says. “Probably half were very complimentary about the book, but coffee table books had declined in sales by 70% over the last few years. Unless you were a published, famous photographer/artist, they just weren’t interested. So I looked at the demographics of who does buy coffee table books, and it’s older Americans. I got to thinking about where the project started, and this light bulb went off in my head.”

Livingston dedicated huge chunks of the next 13 months to the original genesis of the project—Route 66. He drove its entire 2,400 miles from Chicago to Santa Monica, California. He revisited small town after small town. And he provided those same, blank prompts to the characters he met along the way. Livingston has now taken 1,600 portraits of people who live, work, and travel Route 66.

“Route 66, even though it’s no longer in existence as a state highway or a US highway, it’s still very much alive,” Livingston says. “It’s the history of the Dust Bowl, of people leaving the Midwest. And then you had the ’50s, when people came home from war and had money in their pocket. For the first time, Americans could take a vacation. And where did they want to go? They wanted to go to Hollywood. So, in many ways, it was a highway of dreams.” 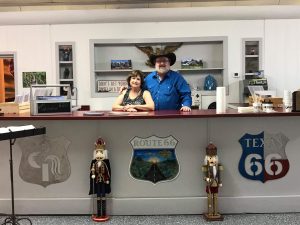 Now, Livingston’s dream of highlighting the 180-mile stretch of Route 66 in Texas is alive in the I Am Route 66 Visitors Center, which had its soft opening in December. The center helps travelers, particularly foreign travelers, navigate the patchwork route of the highway through the state while also selling Route 66 souvenirs, photography, and artwork. Livingston and business partner Penny Clark wanted to capitalize on the amount of Route 66 tourist traffic coming through downtown Amarillo. During the first few days of operation, the visitor center has already seen tourists from New Zealand, England, Japan, France, Spain, and the Czech Republic, where Livingston is headed in August to represent Amarillo at an international Route 66 festival.

“In Europe, there’s not a place where you can travel 2,400 miles and not see anybody for 200 of those miles,” Livingston says. “So Route 66 represents a freedom to travel. The freedom to go. The freedom of no borders. To just travel.”

With the visitor center’s official grand opening set for March, the start of peak Route 66 travel season, and a new book on the way, Livingston is hoping for a different reaction from publishers this time around, thanks to inspiration from the mix of people and tourists who still get their kicks on Route 66.