The author of I Can't Date Jesus: Love, Sex, Family, Race, and Other Reasons I've Put My Faith in Beyoncé on becoming BFFs with the Houston icon 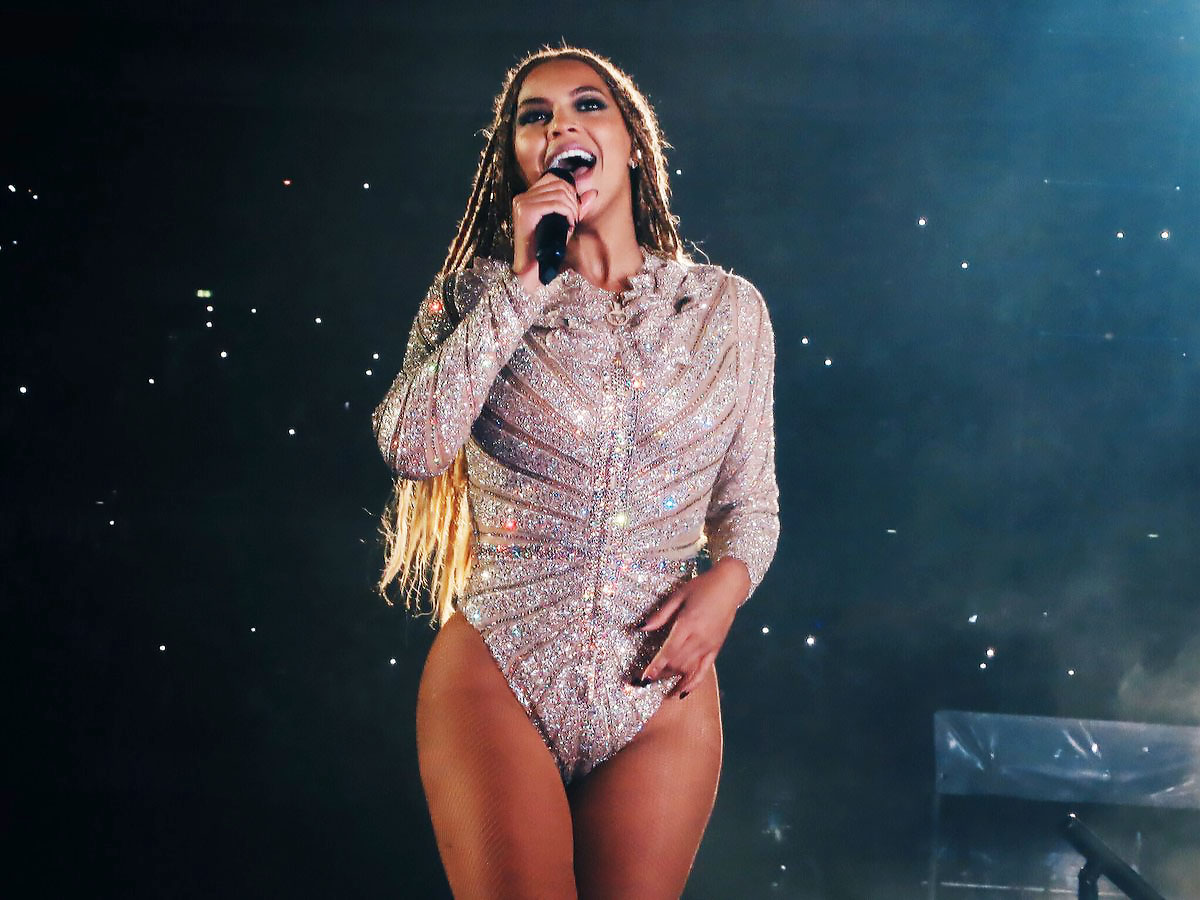 Only once in my life have I ever wanted to be older than I was: the time I realized I had missed the chance to meet and obviously become BFFs with Beyoncé in middle school by like a grade or so.

I was a sophomore at James Madison High School in Houston, and while Destiny’s Child’s 1998 self-titled debut album had already earned the Houston-based group platinum status and a hit single in “No, No, No Part 2,” it was the release of their 1999 sophomore effort, The Writing’s on the Wall, that made the group a household name and further energized an already emphatic hometown fanbase.

It didn’t take me as long as many of you did to realize Beyoncé was basically one of the best things to ever happen to us, but it was cute to watch many of you begin to catch up.

Not long after the video for “Bills, Bills, Bills,” the first single from the second album, hit the airwaves, a classmate informed me, “You know she went to Welch [middle school], too, right? Imagine y’all could have been best friends with the way you obsess over her.”

I’ve always objected to the descriptor “obsessed” when describing my decades-long love of Beyoncé, who turns 40 on Saturday.

Everything about her, from her accent to her choreography to her taste, reminds me of Houston. That’s why I prefer more favorable terms like “early adopter” or “visionary” or perhaps formal titles such as founding member of the BeyHive, the moniker coined for the online collective of fans of the woman I’ve long affectionately referred to as “my lord and gyrator.” I understand not everyone was as fortunate to have noticed very early on that Beyoncé was special, but I knew her solo stardom was inevitable. For the record, I loved “Work It Out,” the “Wishing on a Star” cover, and her remix of “In Da Club,” but it wasn’t until the release of “Crazy in Love” that the masses started to see what I had long seen.

I had the pleasure of briefly meeting Beyoncé way back in 2011 while leaving an NBA All-Star party in Los Angeles that I was a plus one for. On the way to approaching her, I came across a bunch of other famous people who were basically just in my way, but I eventually entered her sphere and managed to blurt some of this out to her directly. That was that, and in case I never make it to one of her group chats, I want to publicly declare that I am so very happy that as she turns 40, Houston’s brightest star seems to be at peace and ready to be loved even more in the coming years.

In a recent conversation with Harper’s Bazaar, Beyoncé said she’s looking forward to the next decade being full of “fun and freedom.”

“I want to feel the same freedom I feel on stage every day of my life,” she explained. “I want to explore aspects of myself I haven’t had time to discover and to enjoy my husband and my children. I want to travel without working. I want this next decade to be about celebration, joy, and giving and receiving love. I want to give all the love I have to the people who love me back.”

I’m not rich, I’m not married to someone rich, and I don’t have beautiful kids—but I have paid off most of my student loans and never have to fear making the choice between Beyoncé concert tickets and paying off debt. I’m also working out a lot more and, like Beyoncé, eating more plant-based meals. So, I get what she’s ultimately saying on a smaller scale and I’m only three years her junior.

What ultimately makes me smile so hard about Beyoncé’s recent comments about turning 40 is that arguably the hardest working entertainer of her generation is saying she plans to enjoy herself more. Even nicer about this is that Beyoncé spoke the place she’s at now into existence a decade ago.

In a recently surfaced interview with Access Hollywood shot in 2011, Beyoncé revealed what she wanted for her 40th birthday: “Before I hit the age of 40, I would love to have some children.”

She went on to add: “I would love to direct—continue to learn videos and maybe by then a film, a short film. [Or] a documentary; I love documentaries. I’d love for my company to grow and to develop younger artists and take the wisdom and all of my life experiences and be able to pass them and develop deserving young talent. I’d love to continue to grow as an entrepreneur. I just hope that I’m happy, into my children, and well-adjusted—and making … still making music if that makes me happy at that time.”

Two years later, Beyoncé released the documentary Life Is but a Dream on HBO. But she took her aspirations further in the coming years with the release of the Beyoncé and Lemonade albums and their accompanying visuals, as well as the release of the Homecoming and Black Is King films. Beyoncé not only produced groundbreaking releases, but she also chronicled her journey to motherhood for all her fans to see (as she sees fit).

While we know being a pop star lends itself to a life of privilege, many of us have come to understand how fast stars can fall. Beyoncé’s Lemonade album highlighted her life is no stranger to problems, but really, we lose so many of our stars so young. Is it not nice to see one as bright as Bey not only be happy at 40, but excited to keep going?

It’s good to be in a place in your life where you feel like you can be happy and loved.

I have written about my struggles growing up and feeling happy and loved due to what took place around me and how people like Beyoncé break me out of that. Her music helped me not only figure myself out, but also how to find happiness, joy, and love amid whatever is going on. Beyoncé also taught me to hold onto my H-Tine accent for as long as humanly possible, but that might be something only Texans can appreciate.

And while she may be taking more time to chill and enjoy life, Beyoncé did promise that new music is on the way. “I’ve been in the studio for a year and a half,” she said in her conversation with Harper’s Bazaar. I won’t dare ask about a release date—her new song “Be Alive” is part of the soundtrack to the new Serena and Venus Williams movie, King Richard, starring Will Smith—but I do want Beyoncé to know that like her, many of us millennials still have knees that work. Please give us music to twerk to. It is, after all, still a plague. We need this joy, my lord and gyrator.

May Beyoncé have the happiest 40th birthday ever and, ideally, become my new best friend forever by next birthday.