The pandemic curtailed public releases of sea turtle hatchlings, and the future of the program is under review. 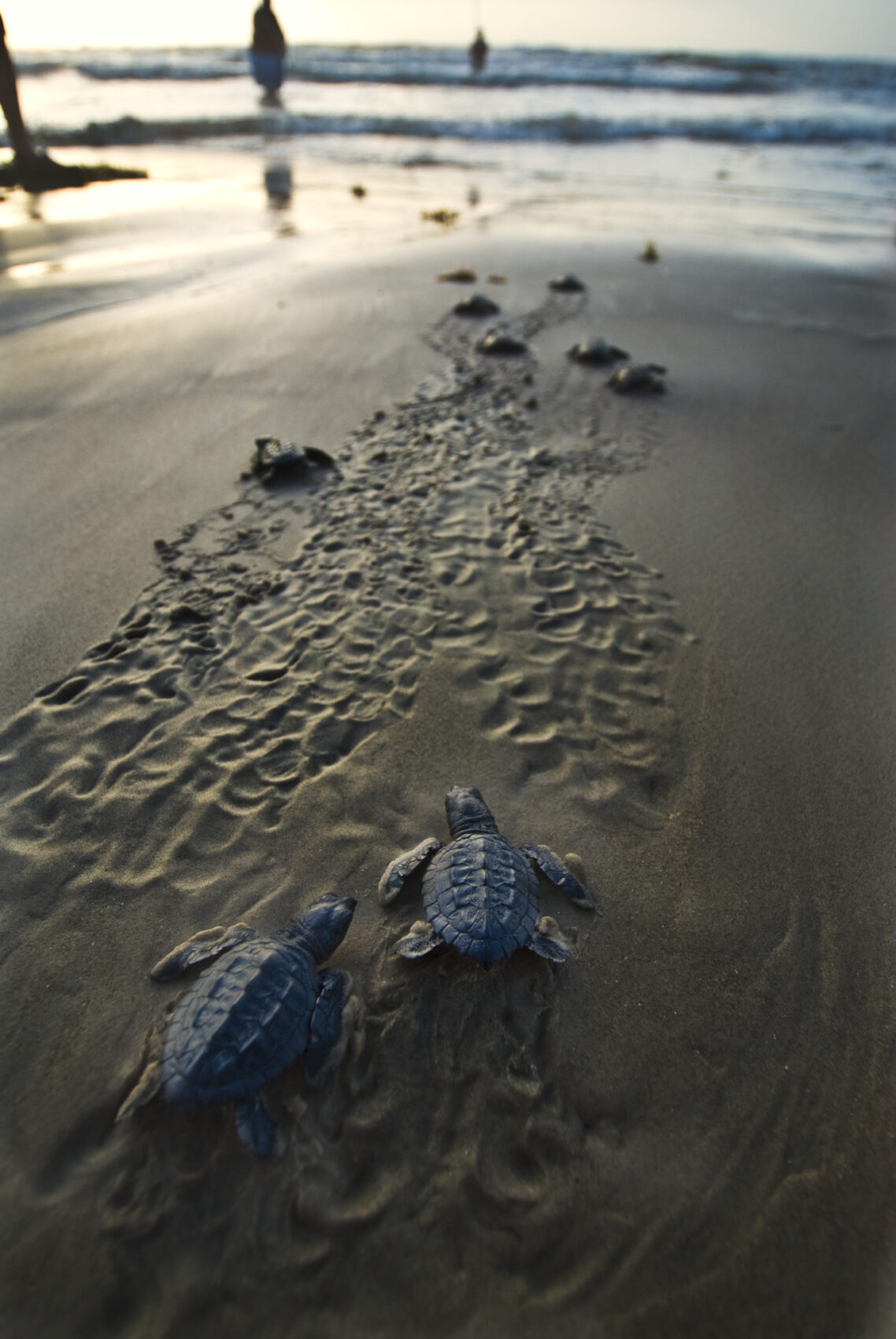 The last chances of the year to watch sea turtle hatchling releases at Padre Island National Seashore are coming up this Wednesday and Thursday, Aug. 4-5. Not only are they the final releases of the season, they take place as the park considers reducing the number of public releases in future years.

Many Texans have vivid memories of standing on the beach at dawn, watching dozens of palm-sized sea turtle hatchlings scurry across the sand and into the gentle surf. The park has hosted public hatchling releases for decades as part of its renowned Sea Turtle Science and Recovery program.

That program grew out of a decades-long team effort to establish nesting by endangered Kemp’s ridley sea turtles on the Texas coast. From the first nest, documented in 1996, numbers rose steadily over time, reaching 262 in 2020. Each year, volunteers and park staff patrol miles of beaches to find nests and move eggs to protected areas. Some 25 public hatchling releases held each summer attracted a collective 15,000 people.

COVID-19 forced the cancellation of public releases in 2020, and enthusiasts eagerly anticipated their return this summer. This summer, two scheduled releases took place in July.

Kelly Taylor, public information officer for the national seashore, says COVID was to blame for the cancellation of some scheduled releases earlier this summer, due to high infection rates in surrounding counties. Then the Department of the Interior sent out a memo giving individual parks discretion on whether to hold events under certain conditions.

“As soon as we got that memo, we got cracking on the risk assessment, and got approval,” Taylor says. “However, some changes had to be made. Because of the guidelines, we will encourage mask wearing, and people cannot stand shoulder to shoulder but will have to keep moving.”

The early morning releases—held at 6:45 a.m.— require visitors to pay the $10 park admission fee, except on Aug. 4, when entrance is free to all national parks. Taylor encourages paying in advance online after checking the Hatchling Hotline (361-949-7163) or the Facebook page.  Those with a day pass or annual national park pass go through a separate line at the park entry.

Rumors have swirled around whether park management wants to completely eliminate the events or even the program, following a review of the sea turtle program last summer. Taylor says that the park is obligated by law to protect endangered species. Several parts of the review point out how successful and influential the program has been, she adds, but its funding level is not aligned with overall park priorities. The report also recommends reducing the number of public releases, but Taylor insists they are not going away.

“We’re excited to have the releases,” Taylor says. “They might look different than what they have in the past, but they’re something people can count on happening at Padre Island National Seashore.”