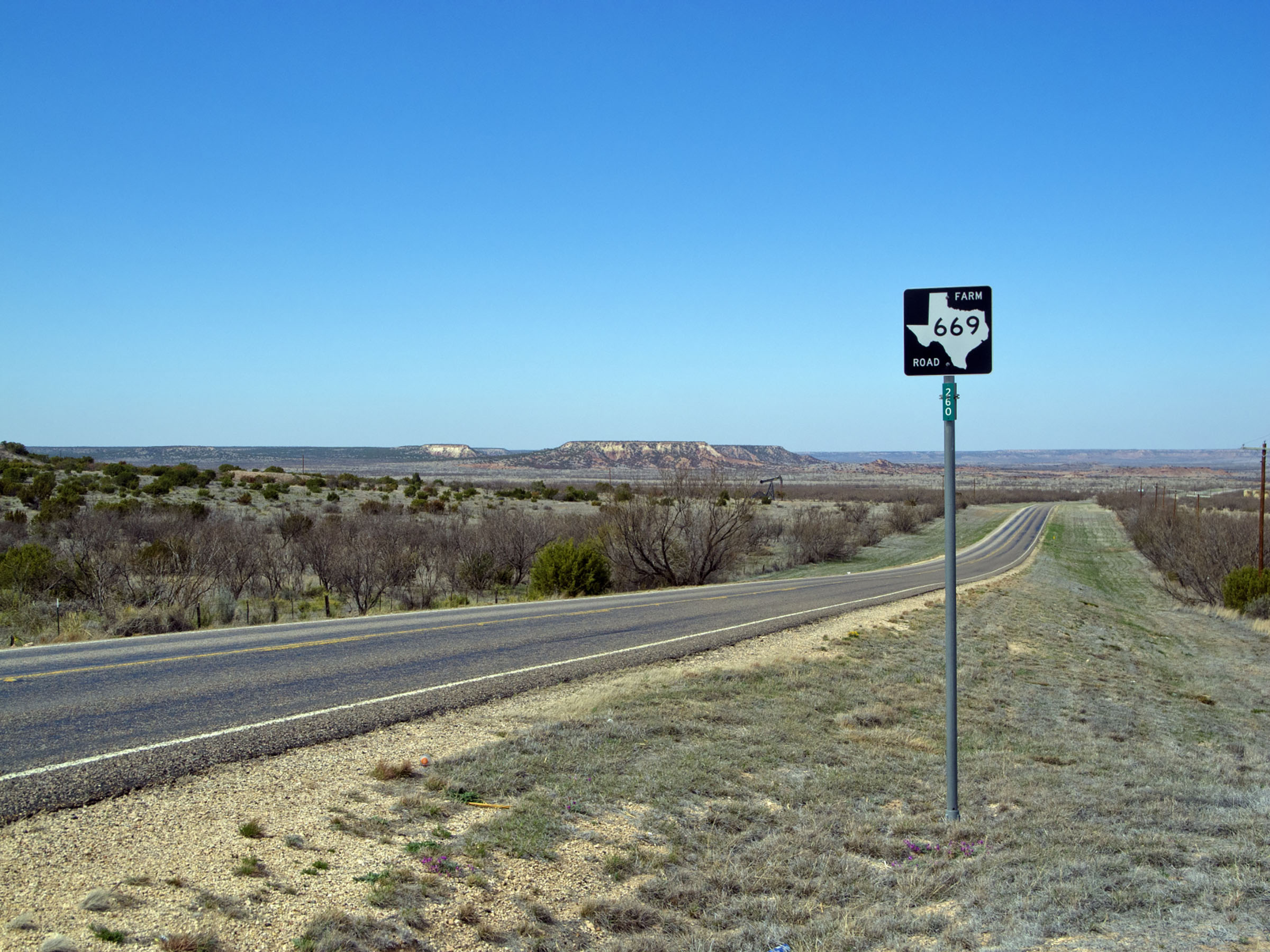 Farm to Market 669 in “dry” Borden County is just south of the Garza County line, where alcohol sales are allowed. Photo by Kevin B. Stillman.

When January rolls around, many people participate in the monthlong sabbatical from alcohol known as Dry or Sober January. But in some parts of Texas, forbiding spirits has been the law of the land since Prohibition or longer—and it remains that way today.

Twenty-five years ago, the list of Texas counties that were “wholly dry,” prohibiting the sale of all alcohol, was very, very long. So long, you could barely fit all 52 county names—including Collingsworth, Freestone, Yoakum, and Swisher—on a pint of Jack Daniels.

But times and social mores do change and as of today, only four counties remain on the list of places it’s illegal to get served an alcoholic drink in a bar or pop over to a convenience store for a discounted bottle of white zinfandel. Those counties are Roberts, up in the Texas Panhandle near Oklahoma; Borden and Kent counties, both southeast of Lubbock; and Throckmorton County, which lies about halfway between Lubbock and Fort Worth.

When a county is dry, it’s dry throughout: Towns in those counties may not elect to go against the grain and allow alcohol sales.

Hemphill County, which had been among those other dry counties for decades, recently went wet, when voters in the county seat of Canadian went to the polls last November. It was one of several places in Texas weighing whether an alcohol sales law change was warranted, especially given the tax revenue those sales can generate.

That there are still dry counties in Texas in 2023, even if it’s only four out of 254 Texas counties, might be less surprising than the fact that some of the state’s most-populated counties, including Harris, Travis, and Dallas, are only “partially wet,” according to the Texas Alcoholic Beverage Commission. That means some areas of a county, say a specific town or precinct, may ban certain types of sales of alcohol in its jurisdiction, while others may allow it. In fact, as recently as 2017, voters in Houston’s trendy Heights neighborhood decided by an overwhelming 60 percent to change a limited alcohol sales’ provision that dates back to 1912. The commission has a 2,459-row Excel spreadsheet detailing all of it county by county, and you might need a drink to calm your nerves after viewing.

“Partially wet” counties might also be referred to as “moist,” but don’t blame the TABC for that. It doesn’t use the term on its website; the term appears in places such as a list of “Wet-Dry-Moist territories” from the Kentucky Office of Alcoholic Beverage Control.

What is someone in a dry county to do if they want alcohol? The easiest answer is to drive to a neighboring county (or even across state lines) to fetch a fifth. You can’t have alcohol delivered directly to your residence from anywhere else if your county is dry; the same goes for alcohol-to-go services, which have been allowed in parts of Texas, but, again, not in the four dry counties remaining in the state.

Dry counties typically have laws unchanged from the Prohibition Era, which lasted from 1920 to 1933, a United States ban that was enacted with the 18th Amendment and repealed by the 21st. Even with the end of that law, it wasn’t until 1970 that Texas began allowing the sale of alcohol by the drink after a 50-year ban.