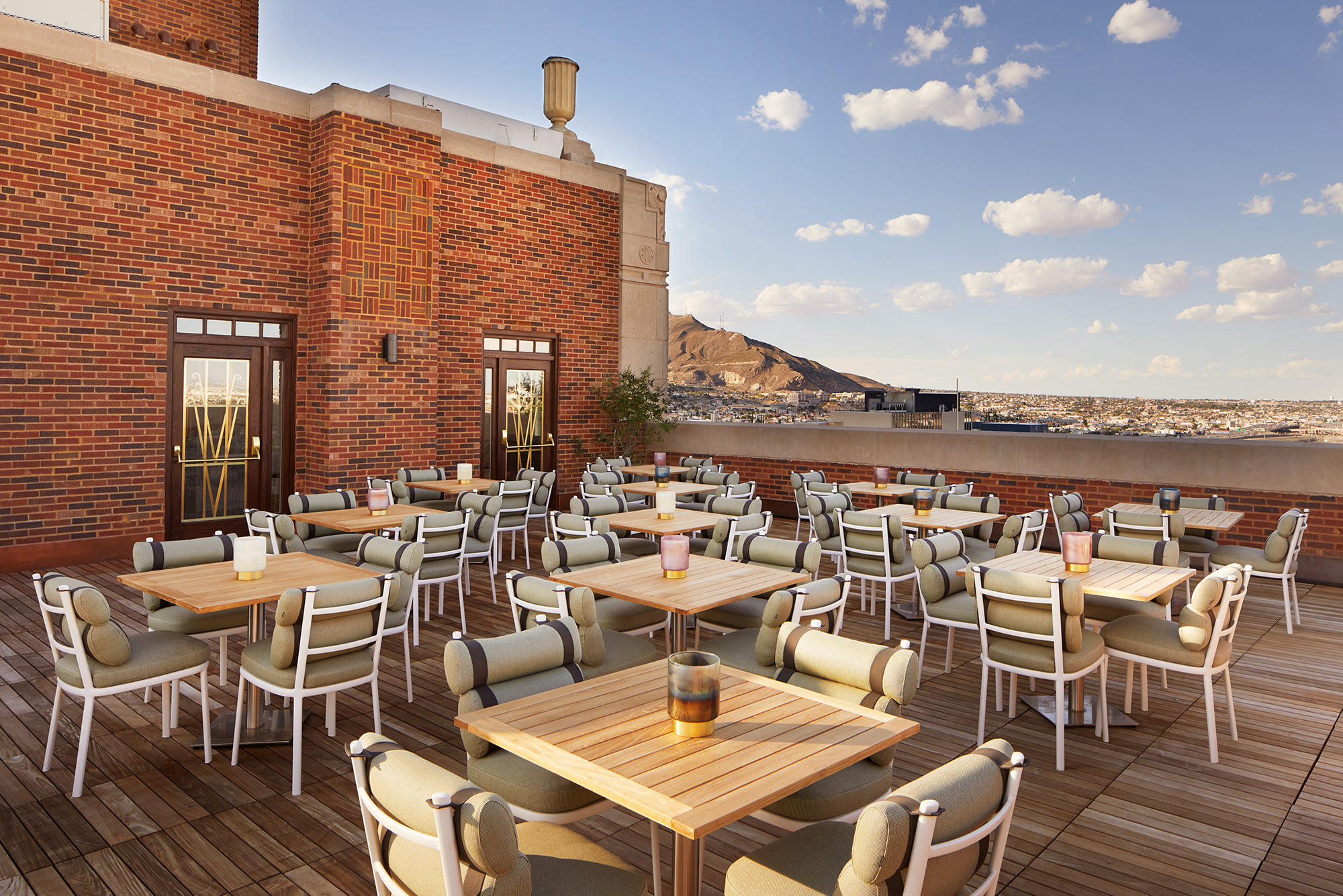 The newest luxury property in El Paso is a 19-story hotel haunted by the ghosts of Hollywood gossip: The Plaza Hotel Pioneer Park, formerly The Hilton, was the home of Conrad “Nicky” Hilton and actress Elizabeth Taylor from May to October of 1950 during their brief marriage. “She divorced him,” the hotel’s events manager Shanon Woodruff says. “He was a little bit of an alcoholic and a little bit rough.”

The original hotel opened in 1930, boasting 300 rooms and a serious case of bad timing—the Great Depression had just begun. Against all odds, The Hilton thrived. 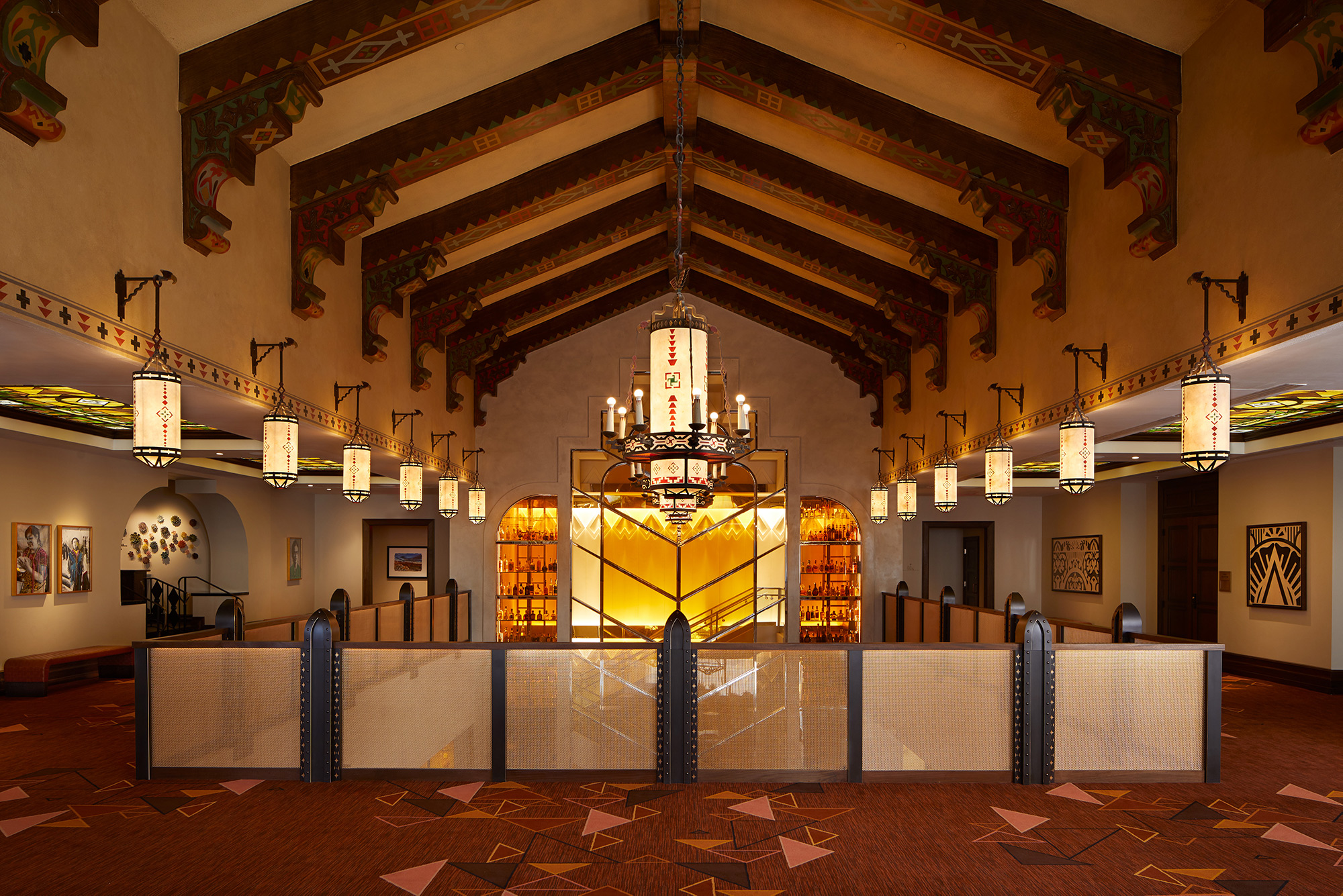 Because history often repeats itself, this year’s reopening after a 29-year closure coincided with the arrival of COVID-19. Following El Paso businessman Paul Foster’s $78 million renovation, Plaza Hotel Pioneer Park reopened its doors in June. Ranging from $259 to $509 a night, the 130 rooms and suites offer gorgeous views of the city, the Franklin Mountains, and Mexico just past the border, as well as charming amenities, including Le Labo products in the marble bathrooms and Matouk robes and slippers. Because Nicky Hilton’s first advertisement for the hotel promised a radio in every room, that amenity remains as an historical homage.

The hotel retains traces of 1930, like stained-glass chandeliers, tile flooring, the letter box guests once used to send postcards, and elevator doors engraved with the original Hilton crest. Juxtaposed with those old-timey touches, the property’s “Pueblo Revival Art Deco” designs blend Mexican, Indigenous, and cowboy cultures with an art-deco twist—intricate glasswork, hand-woven throw rugs, rich leather. “We have a lot of leather,” Woodruff says, showing me a stylish cowhide rug in the lobby. “It’s a nod to El Paso’s cattle industry. Leather is what kept the hotel going during the Great Depression and saved the Hilton empire.” 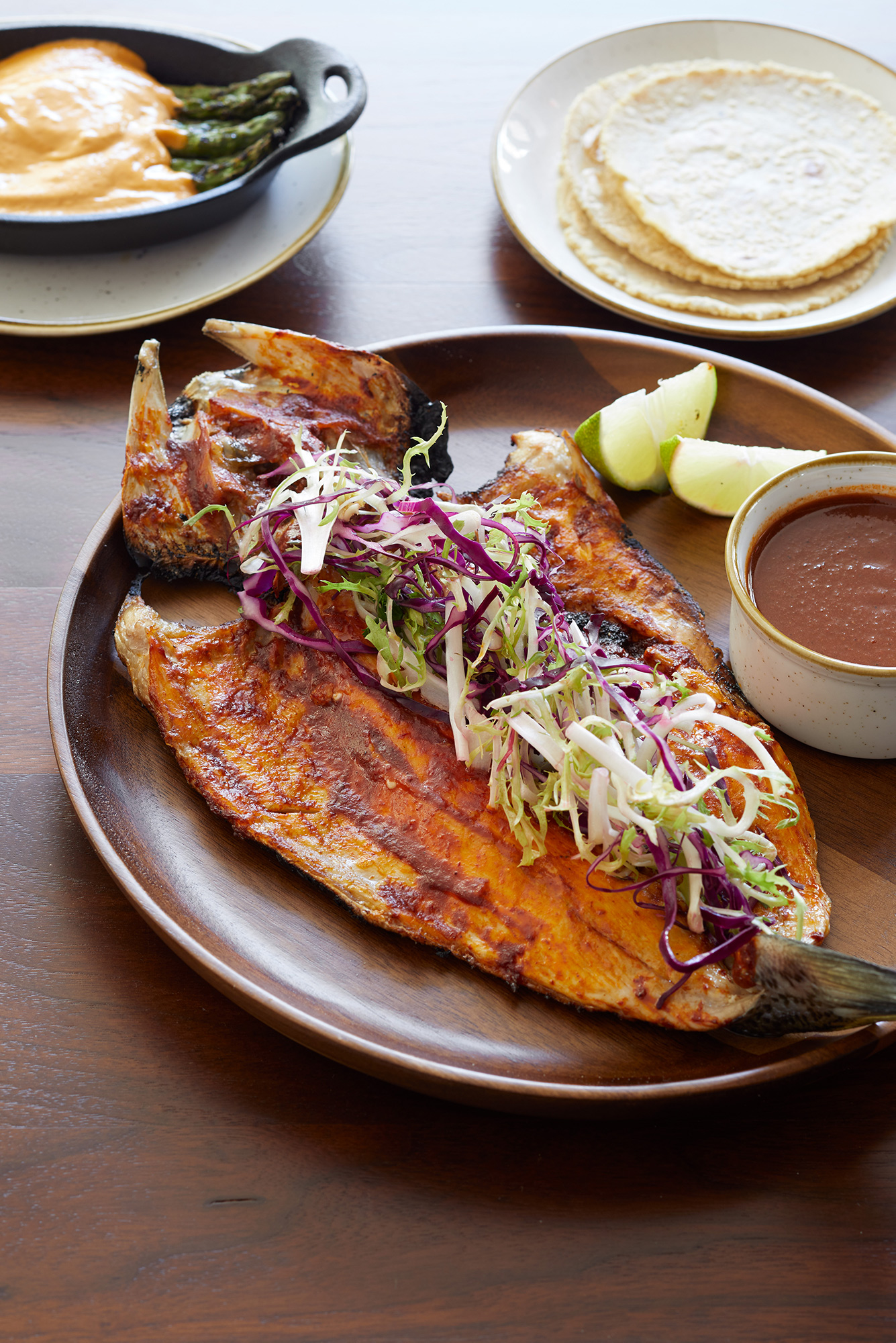 But hotel guests need not leave the property to have an incredible dining experience: The on-site restaurant Ámbar dazzles with its 700-bottle collection of agave spirits, including Patron en Lalique, a tequila in a crystal bottle that goes for $1,750 a shot. One stand-out on the contemporary Mexican menu is tuna marinated in coconut milk, habanero, lemongrass, and citrus.

After dinner, the 17th-floor bar La Perla, named after La Peregrina, one of the world’s most famous pearls, is the perfect spot for a nightcap. (La Peregrina once belonged to Elizabeth Taylor, and when she died, it sold at auction for 11 million dollars.) Sip a mezcal cocktail on one of three terraces and enjoy twinkling views of Mexico, New Mexico, and El Paso, including the 459-lightbulb star that glows after dark on the Franklin Mountains. While enjoying the warm night air, you can pretend to be young Elizabeth Taylor. After all, La Perla was once her penthouse.