Changing water flows, invasive plant life, and water contamination are all thought to be contributors to the fish's demise 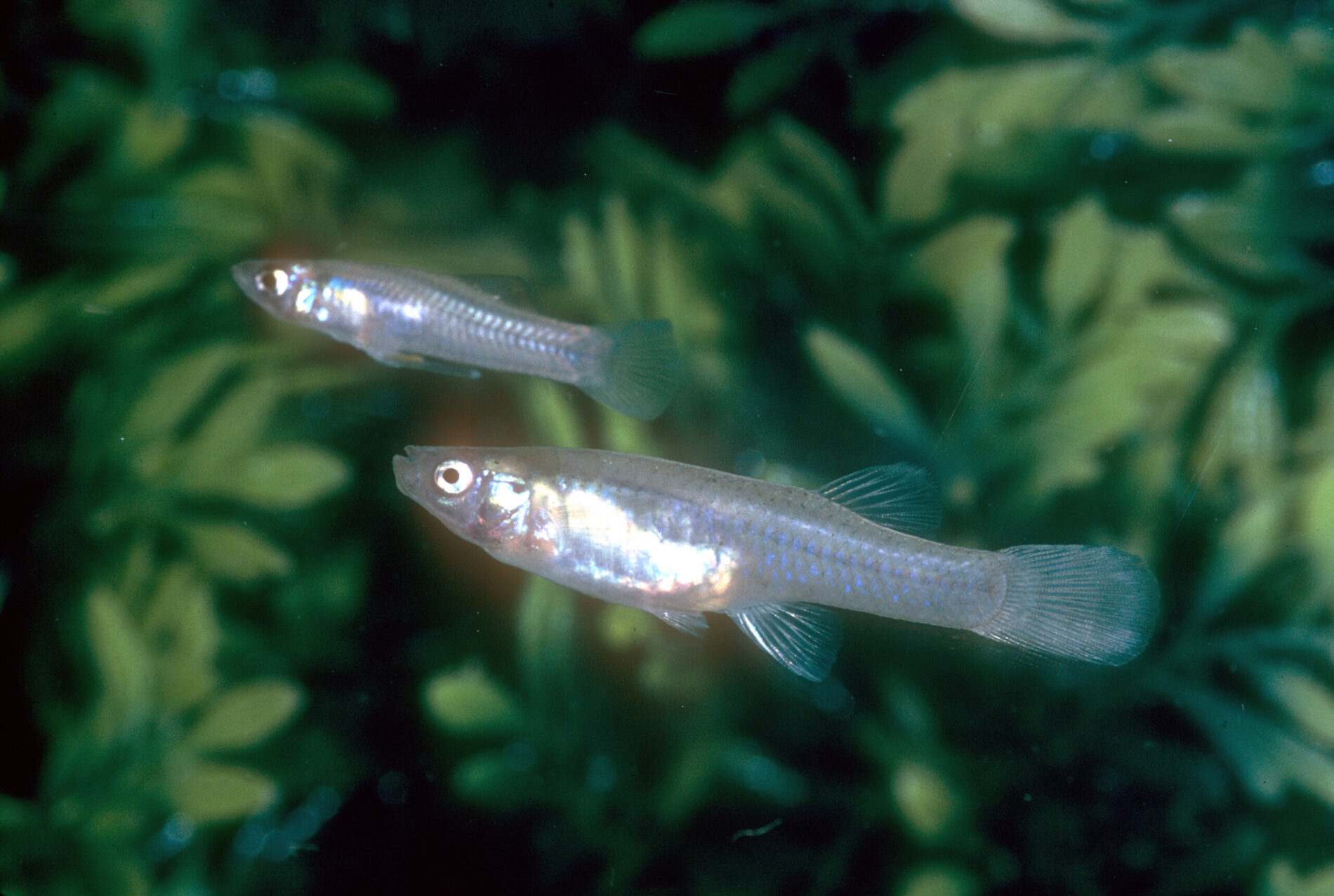 Biologist Bob Edwards, who took this photo, was the last person to see a San Marcos gambusia in the wild. Photo courtesy Bob Edwards.

The last time someone saw a San Marcos gambusia was in 1983. Over the years since, biologists working to recover the tiny silver fish in the Edwards Aquifer kept searching—with no luck.

Now, the U.S. Fish & Wildlife Service proposes making the disappearance official, removing the fish from the endangered list not because the species has recovered, but because it is extinct.

There are some 30 species of Gambusia or mosquitofish in North and Central America. The San Marcos gambusia lived only in the upper portion of the river from which it gets its name. It was small—no more than 1.5 inches long—and not much to look at. Similar in appearance to the much more common Western mosquitofish, it was only recognized as a separate species in the 1960s. By 1980, it had landed on the endangered list.

According to the Fish & Wildlife Service, a changing San Marcos River is the primary reason for the fish’s demise—mainly reduced water flowing from the springs that feed it and loss of aquatic vegetation. Cross-breeding with other species of gambusia, or hybridization, is also a factor.

Kevin Mayes, native fish conservation coordinator for the Texas Parks and Wildlife Department, agrees with those reasons, but he points out that hybridization is more an effect of a shrinking population than a cause. When male and female San Marcos gambusia couldn’t find each other, sometimes they found other types of gambusia.

Other problems included non-native plants introduced in the San Marcos River and urban growth that sent more contaminants into the river and sucked more water out of the aquifer.

Why does loss of a tiny fish in a short stretch of one river matter?

“Philosophically, the gambusia has a right to exist,” says Thom Hardy, a professor at the Meadows Center for Water and the Environment at Texas State University in San Marcos. “Who are we to make value judgements, to say it isn’t important because we can’t eat it?”

The fish’s extinction also highlights potentially harmful changes in the river system. On a more practical level, San Marcos gambusia ate the larvae of mosquitoes and other insects and, as part of a larger food web, were food for birds and other fish.

“Food webs are like giant spider webs,” says Dante Fenolio, vice president of conservation and research at the San Antonio Zoo. “If you take scissors and start cutting threads, how many do you need to cut before the entire web collapses? Every time we lose a species, it’s cutting a thread of the web, and when it collapses, the ripple effects reach us.”

“There are plenty of examples that the Endangered Species Act can work, if we put in the funding and the effort,” Mayes says. “Hopefully, we delist species not because they go extinct, but because we have saved them.”