From ‘Shark Tank’ to ‘Schitt’s Creek’: Mark Cuban Buys a Town in Texas

By purchasing Mustang, the Dallas Mavericks owner becomes one of many wealthy town owners in the Lone Star State 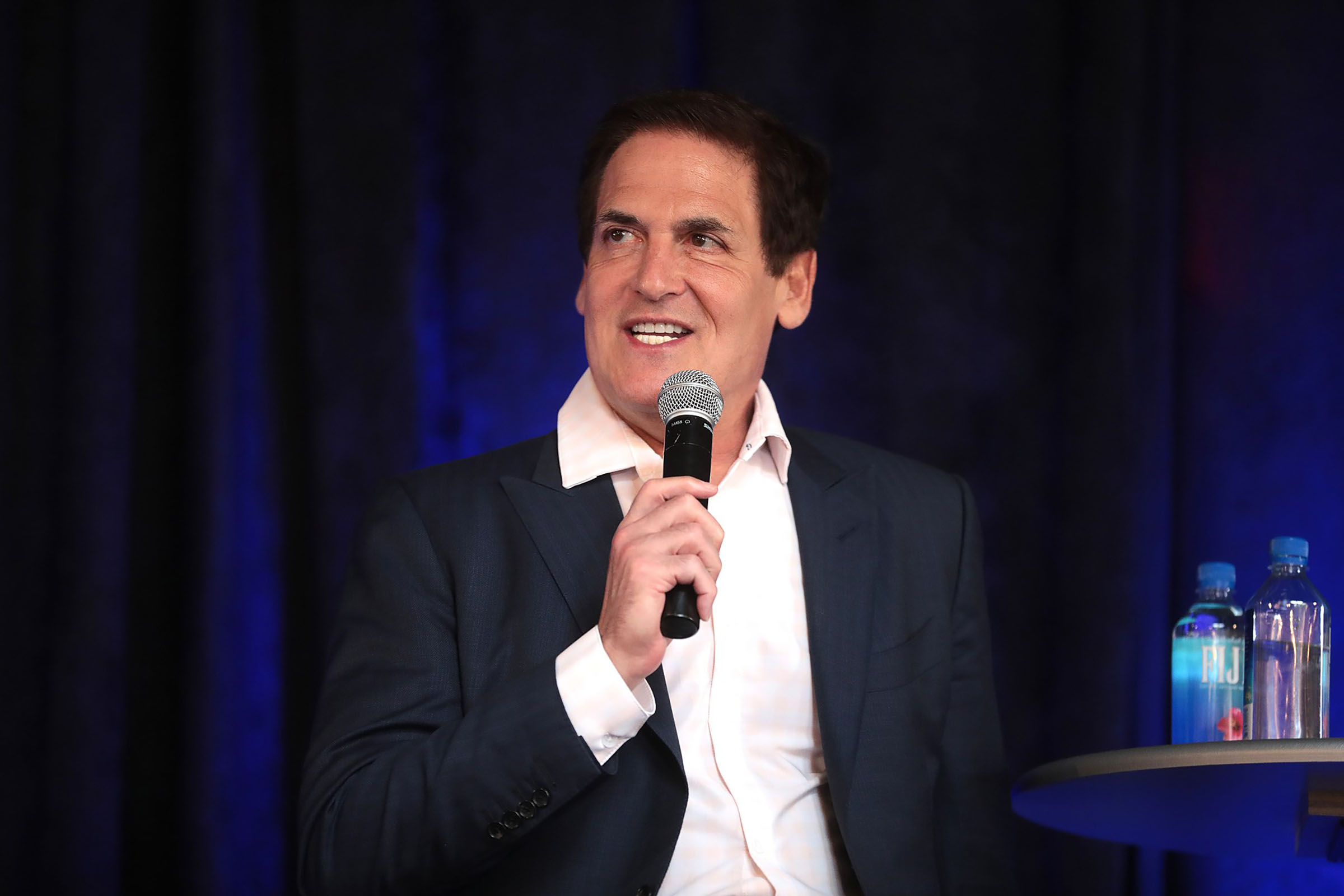 It’s hard to be a billionaire. At a certain point, there’s just nothing left to buy. After the jets, the yachts, and the 10-minute flights into space, what’s left? Apparently, an entire town.

In a move that confuses just about everyone, Dallas Mavericks owner Mark Cuban recently purchased the blink-and-you’ll-miss-it North Texas town of Mustang, located about 55 miles from Big D on Interstate 45. This acquisition didn’t happen on his TV show Shark Tank. Two random Texans didn’t strut into the room and announce, “Sharks, have y’all ever dreamed of owning 77 acres of scrub brush that’s home to a strip club and a trailer park and not much else unless you include the pond where an alligator lives? Well, today is your lucky day!”

No, this particular business deal, Cuban explained to The Dallas Morning News, is to help out a friend in need of some cash, making it a little less Shark Tank and a little more Gator Pond.

Buying up Texas towns is nothing new, however. The West Texas ghost towns of Lobo and Villa de la Mina have both been put on the market. The former, near Van Horn, was once bought by a man named Bill Christ, who ended up trying to sell the town—including a diner, motel, and gas station—for $60,000 in 1988. Eventually, three Germans bought it in 2001. They had big plans to spruce up the place but didn’t make much progress, despite hosting the Desert Dust Cinema festival there for a few years.

Meanwhile, Villa de la Mina, located in Terlingua and first bought in 1969, had a price tag of $1.75 million when it was put up for sale in 2018. The seller, actor Herman Everett, said he thought it would make a great place for rich people who want to get away from the city. That explains why the town’s now-defunct website once mentioned that there’s room for a helipad.

Possessing a piece of the Lone Star State can be irresistible to some, like a few years ago when Doug Guller, the proprietor of Austin-based “breastaurant” chain Bikinis bought a ghost town in Gillespie County and renamed it Bikinis. After a few years, with nearby residents not appreciating having the town tied to the chain, Guller brought back the original name of Bankersmith, revamping it into a dance hall and events venue. I guess bikinis are now optional.

As for what Cuban will do with his new town, he hasn’t said. Some of the 23 residents want the Dallas Mavericks to be relocated there, but I’m guessing Mustang doesn’t quite have the infrastructure. And by “infrastructure,” I mean bathrooms. It’s probably an HR violation to make your employees use the facilities in a strip club and/or alligator pond.

Schitt’s Creek, a show that’s entire premise is about what happens when rich people buy a town, gave me some ideas on what Cuban could do, including fumigating the strip club and stocking it with artisanal soaps and lotions, then renaming it The Cuban Apothecary. But what can he actually do?

According to my research, he’s basically a landowner and may not even own the buildings on his land. (Meaning, the owner of the building that houses the strip club may be mailing the rent check to him now. No word if the alligator owns his pond.) Cuban can most likely change the name of the town, like Clark did when the Dish Network paid the North Texas town to rename itself, um, Dish. Cuban, Texas, actually has a nice ring to it. The high school mascot could be the Cigars.

One thing Cuban can’t do to Cuban, Texas, is make it a sovereign town like Vatican City. As landowner, Cuban still must follow the laws of the state. It’s not like Mustang has any paintings by Michelangelo to protect, anyway.

Time will tell if Cuban actually makes anything of his new town, or if he ends up filing for bankruptcy like Kim Basinger did after she bought Braselton, Georgia. I’m guessing he’ll be OK. If not, there’s always space.