The Texas Masquerade Party is campaigning for the return of live music under safe guidelines. A new painting by Jack Terry supports the effort. 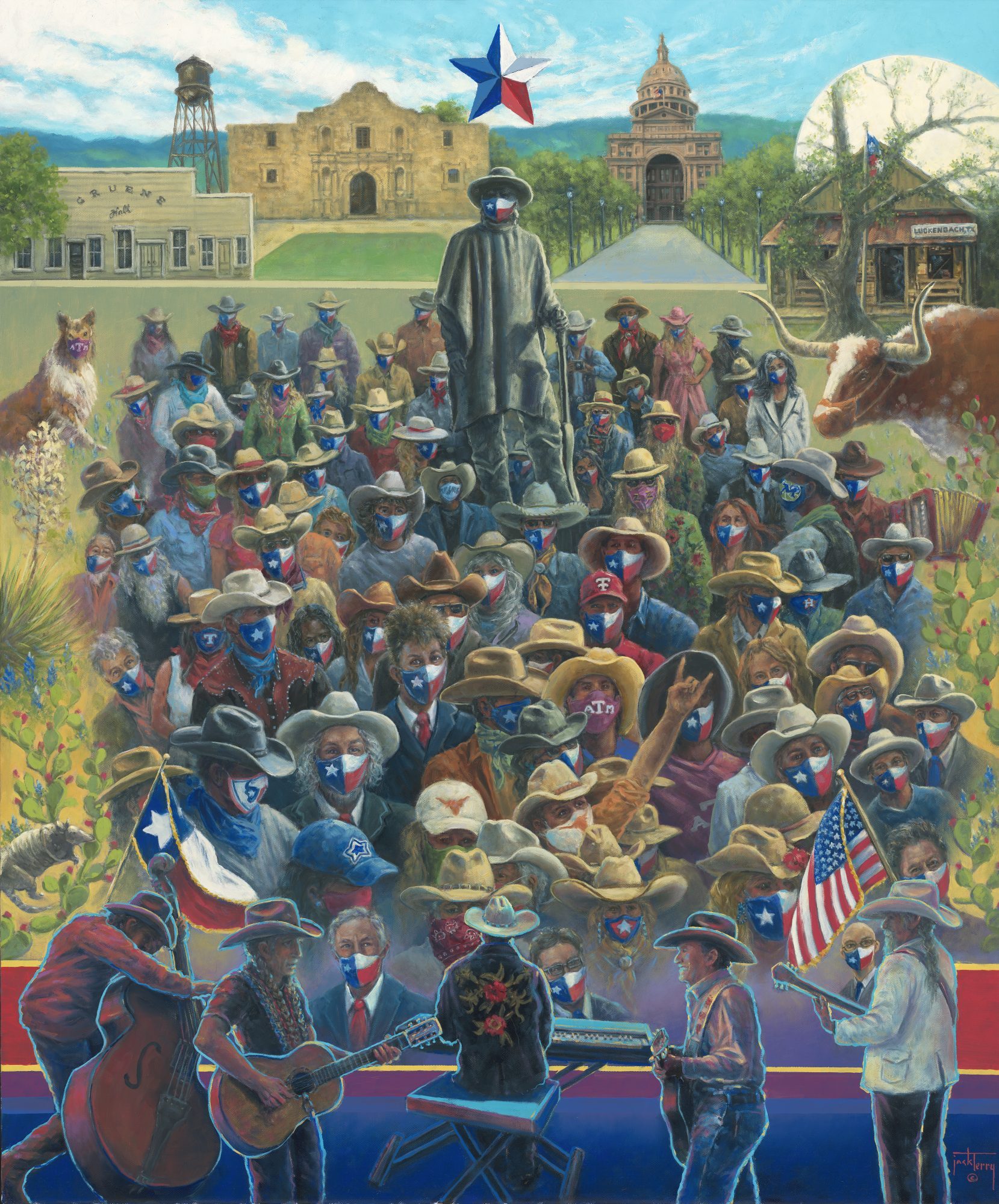 Texas singer and songwriter Gary P. Nunn played his last live gig four months ago in New Braunfels, back in March before clubs and bars closed due to the COVID-19 pandemic.

Eager to get back to work, he’s now spearheading a campaign to get music venues back open—in a safe way. The Texas Maskuerade Party, a nonpartisan advocacy group that encourages Texans to socialize responsibly, wants authorities to allow musicians to perform publicly, as long as everyone wears a face mask, practices social distancing, and follows guidelines from local, state, and federal governments.

“It’s just a matter of our survival really, and the survival of these precious venues that are so important to our livelihoods and history and culture,” Nunn says. “A lot of them are teetering on the brink of bankruptcy and being lost forever. We’re trying to keep Texas music alive and these venues alive and actually have a way to make a living.”

Nunn, who performs regularly at revered honky-tonks including Gruene Hall in New Braunfels, Luckenbach Dance Hall in Luckenbach, and the Broken Spoke in Austin, wants to help resurrect the economy. But the 74-year-old also realizes that performing in an enclosed space—especially for musicians and fans of a certain age—can mean an increased risk of infection. That’s where the masks come in.

“The painting was conceived early on as a way to bring awareness and bring the music community together behind this idea, so we can go back to work,” Terry says.

Proceeds from sales of giclées—fine digital prints of the painting made on canvas—will be used to fund public awareness campaigns across the state. The limited edition prints, signed and numbered by the artist, are available for sale at the Texas Mask Party website. Framed prints cost $1,500 and unframed prints cost $1,300. The original oil painting will be auctioned at a later date.

“I’ve been a big fan of Texas music for a long, long time, and we would love to get the live music venues back up and running,” Terry says. “All these old Texas venues and dance halls—they just can’t survive (staying closed.) They’re right on the edge of being able to hang on.”