Starting in late 2019, visitors will get to pose with and post bold works of art 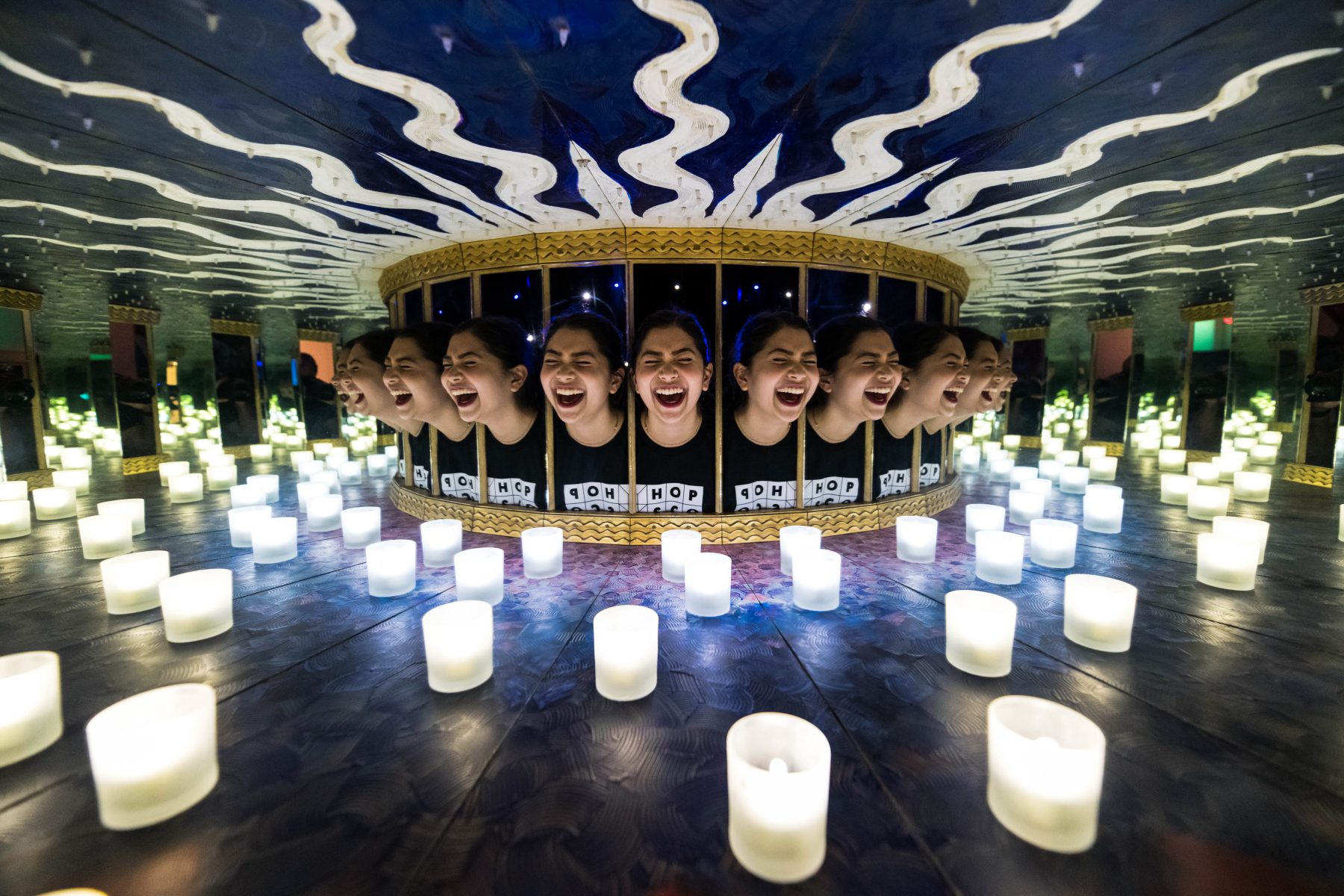 When Hopscotch debuted in Austin earlier this year, it was seemingly just another in a long line of trendy large-scale, interactive pop-up art exhibits that have been trending nationally since 2016. In Texas alone, similar projects like Sweet Tooth Hotel in Dallas, FOMO Factory in Austin, The Whimsy World in Houston have invited viewers to engage and interact with art—and, of course, post the perfect shot on Instagram.

But the once-ephemeral experience has decided to make its permanent home in San Antonio. Taking over 18,000-square-feet and two stories of Travis Park Plaza in the downtown area, Hopscotch features rooms that will house anything from light installations and adult playscapes to experimental architecture and gamified environments. It’s set to open late 2019/early 2020.

In the Austin debut of Hopscotch: Light and Sound, owners Nicole Jensen and Hunter Iman gathered experienced artists from Los Angeles, Brooklyn, Austin, and Ukraine to create installations that invited visitors to swim through the LED-lit “Deep Eddy Ball Pit” in one room and interact with the “Matrix” of seemingly floating, color-changing lights in another room.

While the Austin exhibit debuted first, Inman and Jensen had always planned to open a permanent space in San Antonio, a la Meow Wolf in Santa Fe, New Mexico.

“We are thrilled to start curation of our premier exhibition for our new gallery, and we are excited to play a part in showcasing the diverse and talented artists found in San Antonio and across Central Texas,” Inman said in a press release.

The gallery is currently seeking proposals from artists for interactive work that expresses themes of inclusivity, social commentary or “art that leaves a lasting impression on a visitor beyond their Instagram feed.”