Since debuting a metal water cooler in 1947, the Katy-based company has expanded to more than 500 products 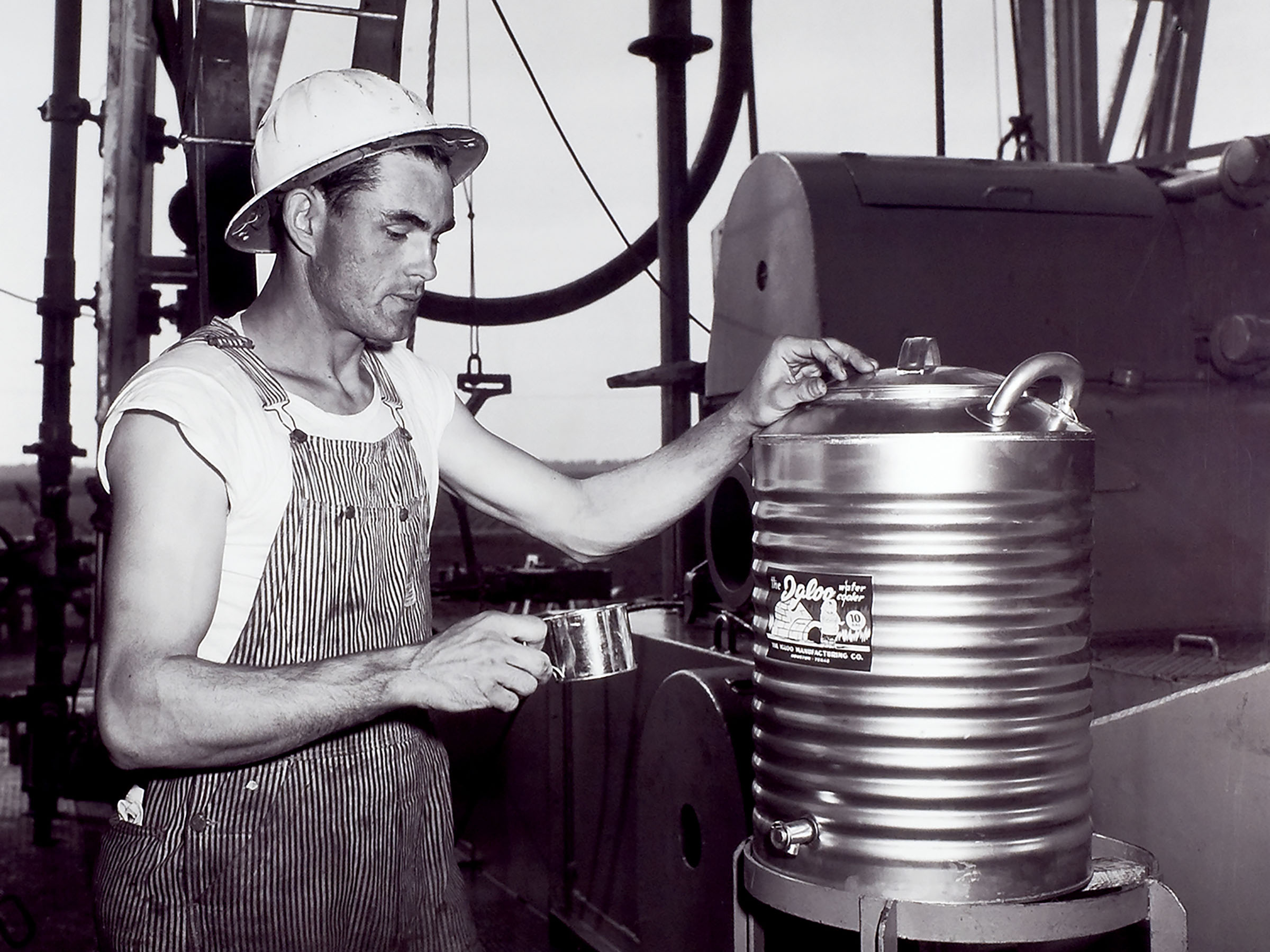 When it comes to keeping our cool while out and about this summer, Texans have it pretty darn good. In fact, with so many different kinds of Texas-made coolers at our disposal, oftentimes we can get a bit jaded. From Yeti in Austin and Frio in Sealy to RTIC in Houston and H-E-B’s own Kodi line of coolers–along with dozens of other brands not headquartered here–our cooler options in the Lone Star State are an embarrassment of riches.

Here in Texas, we take our coolers very seriously. Don’t even think of messing with them or we’ll come after you, like H-E-B did when it filed a lawsuit against multiple cooler companies that the grocery store chain claimed infringed on its patents (the suit was settled in November). However, with all the different coolers now on the market, some people forget what (and who) got us here: Igloo Coolers out of Katy.

There was a time, not long ago, when enduring the swelter of a Texas summer was a whole different story.

Imagine the scene: It’s 1946, and you and your friends have spent over five hours in the Buick on the way to Galveston, fighting over Glen Miller and Artie Shaw on the AM dial and identifying roadkill on State Highway 87. But this trip is not so much a race toward summer vacation as it is a race against time. The ice block in the trunk has melted, your egg salad sandwiches are going bad, and the Lone Star beers have turned from warm to infernal.

Luckily for all of us, the following year, a metalworking outfit just west of Houston perfected a way to bring clean, cool water to worksites in a self-contained metal ice chest. Eventually, that metal shop became a company and started making its coolers out of plastic—a first for the insulated container market. Since then, our radius of recreation has increased exponentially, with more advanced, compact, and effective coolers coming out every year.

“Celebrating 75 years as an American brand is a huge achievement,” said Dave Allen, president and CEO at Igloo, in a recent press release. ”Without the great minds and hard workers on the Igloo team, fantastic retail partners, and our spirited consumers throughout the last seven-plus decades, we wouldn’t be America’s most recognizable brand of ice chests.”

It’s true. For 75 years now, Igloo, the granddaddy of all coolers, has raised the bar on how we live, work, eat, and play. It remains a stalwart of the traveling Texan and the largest cooler company in the world.

And they’re certainly not feeling the heat, nor are they resting on their laurels. In addition to the classic Playmate brand cooler (flagship of the Igloo armada), Igloo introduced an earth-friendly line last year with coolers made from post-consumer recycled plastic. They recently released the Wu-Tang Clan Playmate Collection, which pays tribute to the iconic rap group and is available in Shaolin kung fu-inspired designs and colors for added street cred. And this season they’ve brought back the KoolTunes boombox Playmate cooler, originally released in 1989 but now with improved technology. The company says it makes more than 500 different products, which are carried in more than 110,000 stores globally.

Sometimes I feel that Igloo doesn’t quite get the respect it deserves, which is a shame. Since 1947, Igloo has been making sure Texans who enjoy picnics and outdoor outings don’t suffer from the elements. And while they’re no longer the only game in town, if it weren’t for the good folks at Igloo, I’d never be where I am today: outside.