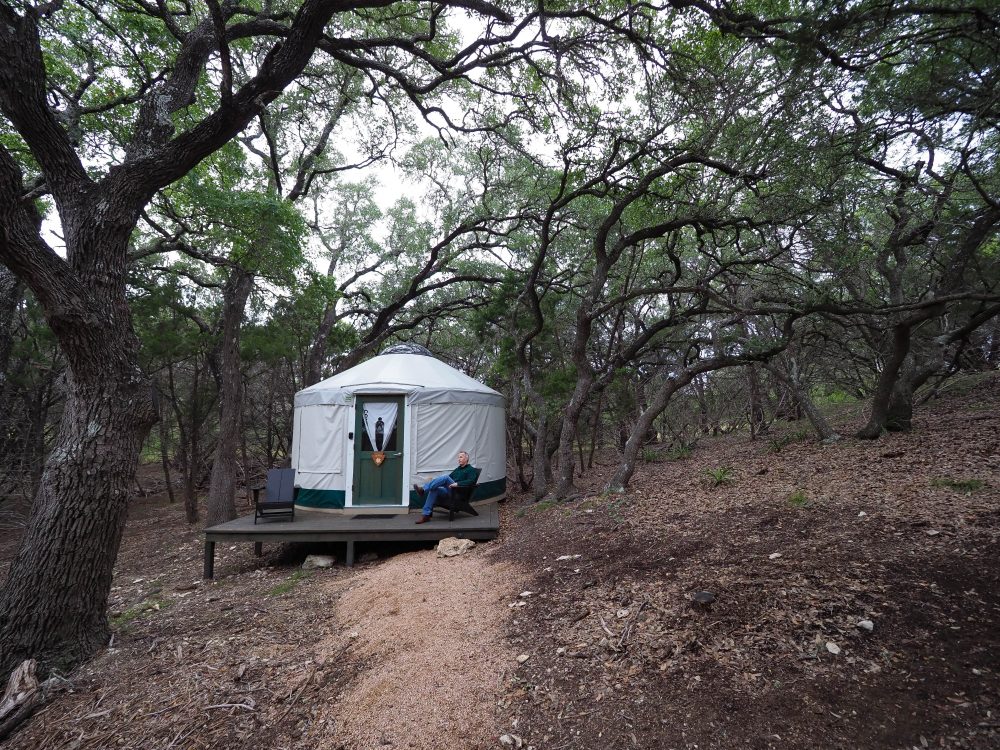 A village of Texas-themed yurts has sprouted in the Hill Country near Dripping Springs.

Ten round tents are tucked in a thicket of cedar and oak trees at Lucky Arrow Retreat, which also rents three types of cabins and a ranch house. But it’s the yurts, each named for a Texas musician and decked out in Western décor, that make us want to tip our 10-gallon hat to the designer.

Traditional Mongolian yurts are fashioned of animal skins or felt, draped over a portable latticework frame. At Lucky Arrow, the yurts are furnished with electric lights, bright woven rugs, an ice-filled Yeti cooler, a big soft bed, and, best of all, a modern version of an old-fashioned record player. Pull Bob Wills or Willie Nelson from the stack of vinyl records, and enjoy that delicious retro crackling sound that modern sound systems just don’t make.

Austin developer Mike Paclik built the retreat after visiting the area in 2016 and struggling to find a place to stay. The 14-acre grounds opened in April, including a small events center, a covered pavilion, hot tubs, and a swimming pool.

“I wanted it to be unique, something that feels a little like the stuff you see in West Texas, like El Cosmico,” Paclik says. “We came up with yurts because you don’t see a lot of yurts in Texas.” 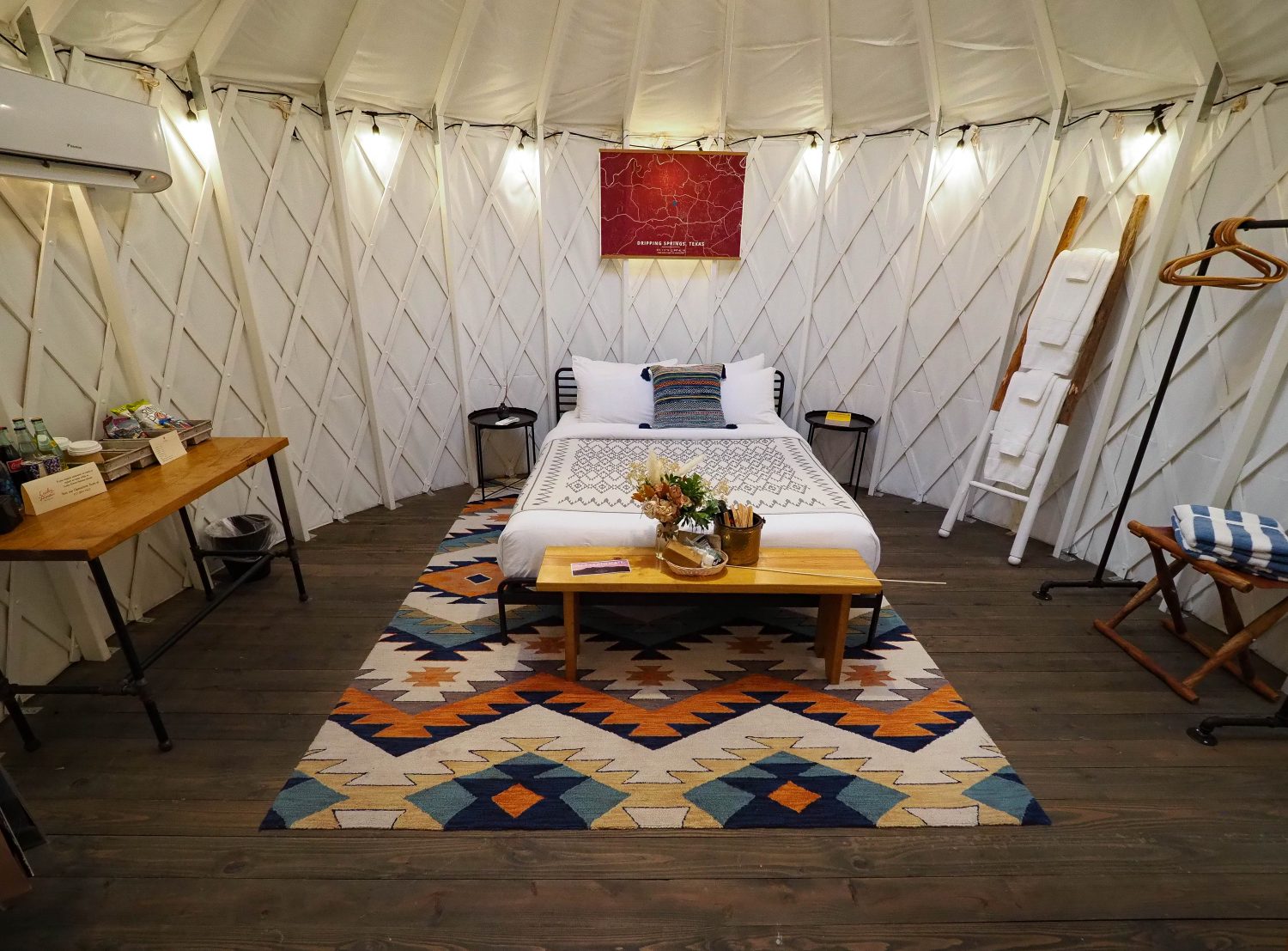 Lucky Arrow isn’t the only place in Texas to rent a yurt, but it does have more of them than any other destination in the state.

“It’s a little bit closer to being outside and in nature than being in a cabin,” Paclik says of the yurts at Lucky Arrow. (A bathhouse is a short stroll down the trail.) “It’s camping, but you can still hang outside and listen to the bugs, the frogs, and the coyotes.”

A gravel pathway leads from Lucky Arrow to Bell Springs Winery next door. Pedernales Falls State Park, Hamilton Pool Preserve, Jacob’s Well, and Blue Hole Regional Park all are located within easy driving distance. If you want to tour area wineries and breweries but don’t want to drive yourself, you can arrange a private tour in a refurbished 1983 Toyota Land Cruiser Troopy.