Let the Transformation of Bartlett Begin 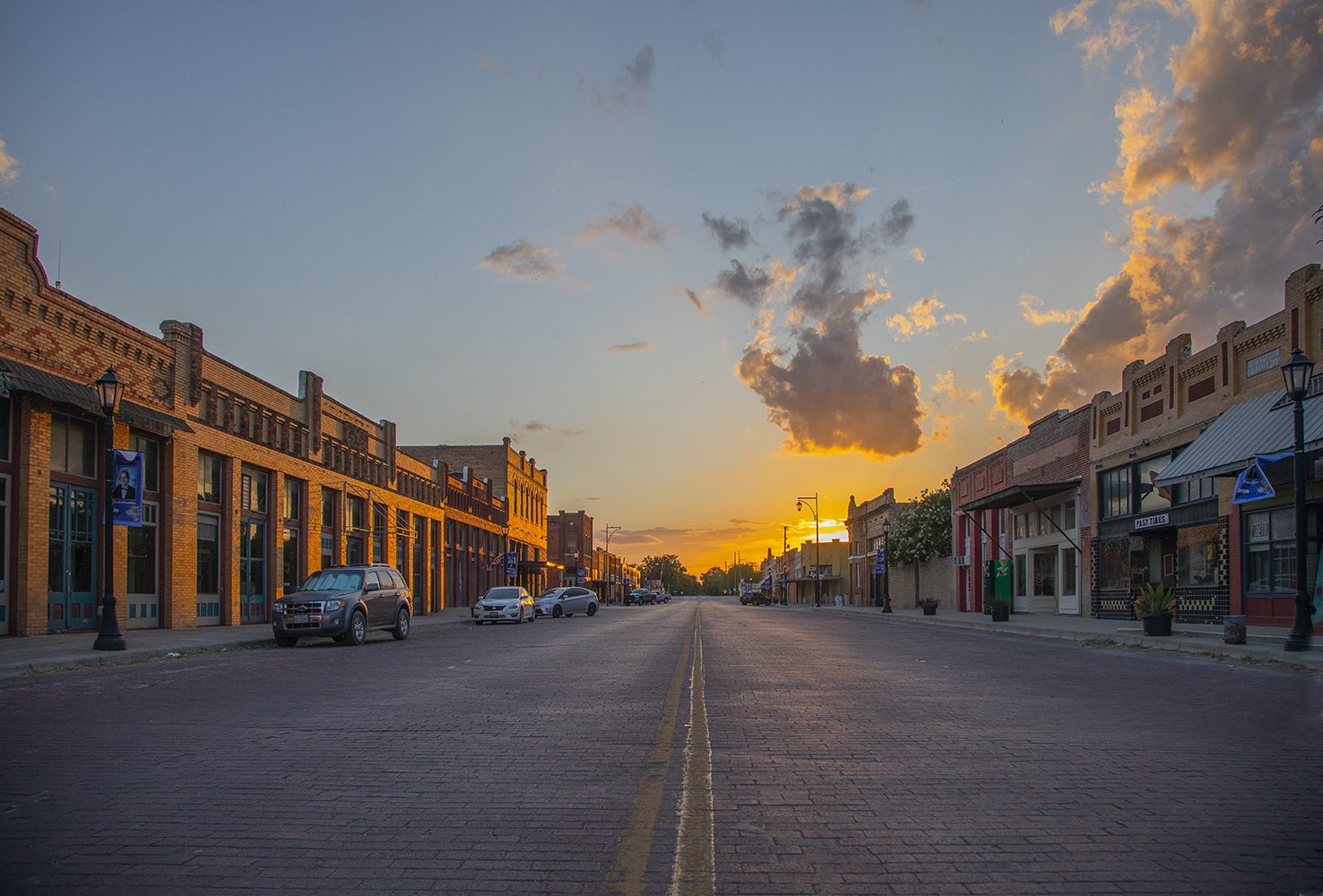 The magic hour in Bartlett.

It’s a thought that has probably occurred to almost every Texan at one point or another. You’ll be out there driving along, going from nowhere to someplace, when you pass through a foundering small town with a tragic downtown area, and you see the abandoned gas stations and empty stores and think …

Surely somebody could do something with this. If I had the money, I’d rebuild and restore this old downtown. That store over there would make a great restaurant. That one over there would be a really cool art gallery …

So much of our state’s collected cultural mythology is bound up in these Last Picture Show towns. Built with grand visions, a town manages to survive or even briefly flourish for a while. Then comes a calamitous event usually from out of nowhere—the collapse of oil, cotton, or beef prices; a hurricane; a massive dust storm—and the town goes away. Driving through Texas and seeing a boarded-up and desolate downtown is downright sad and a tangible reminder of mortality. Where do these lives and gold-dust dreams go?

Robert Zalkin, an entrepreneur from the small town of Liberty, New York, saw Liberty’s demise and wondered if it might be possible to save such a town if it were located in a more favorable business climate. Robert came to Texas in search of such a place and was immediately struck by the friendliness of the people here. He visited several Texas towns, trying to picture himself in one of them, and when he arrived in Bartlett, it felt magical to him. “I know it sounds crazy but I almost shivered,” Zalkin says. “Sometimes in life you just know, and I just knew.” 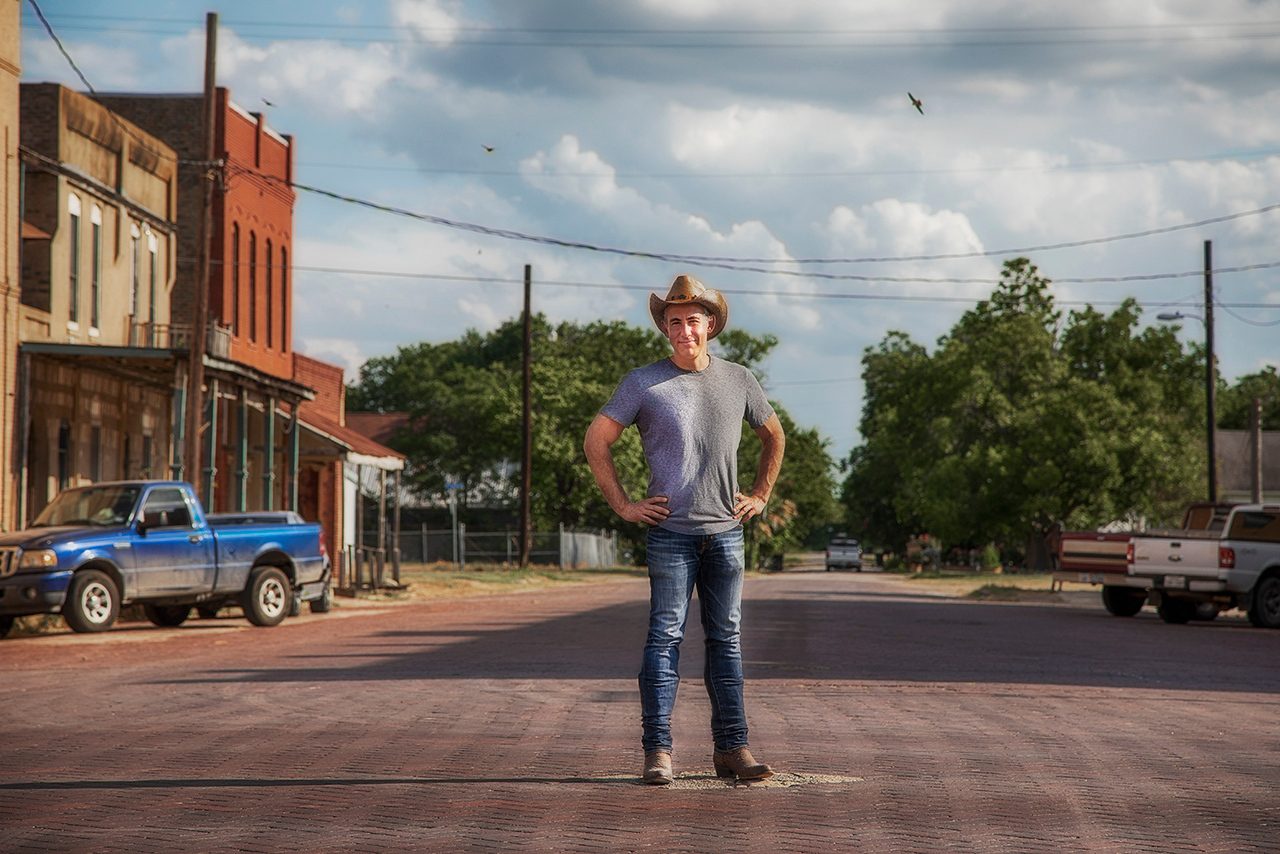 Robert Zalkin wonders what he got himself into in downtown Bartlett.

Zalkin set about acquiring various empty buildings in Bartlett, eventually buying more than a dozen. “My idea is to shore up downtown Bartlett’s buildings,” he says, “and offer them to artists and craftsmen—people who work with their hands—in a way that both preserves the buildings and helps build a vibrant, sustainable, long-term Bartlett.” He’s thinking about a coffee shop, a bakery, maybe even a brewpub. He says a destination barbecue place is a big focus, too. A bed-and-breakfast in Bartlett National Bank and a small grocery store, Gary’s Local Grocery, have already opened shop. This is just the beginning.

Bartlett is a town of roughly 1,600 folks about 50 miles north of Austin and 22 miles south of Temple. It lies on fertile Texas Blackland Prairie that straddles the Bell and Williamson county lines. Bartlett was built on corn and cotton, and it thrived as a shipping point for area crops. In some ways, Bartlett is emblematic of many small towns in Texas that withered away in the 1930s, unable to withstand the collapse in the price of farm commodities.

Bartlett’s physical infrastructure, built primarily in the early 1900s by German and Czech merchants, had sustained a healthy community for more than 50 years. There were pharmacies, newspapers, butcher shops, grocery stores, and shoe stores. But they eventually went away and Bartlett, save for winning some state championships in high school football, mostly fell asleep for 80 years.

Gloriously, Bartlett’s downtown buildings remained mostly upright and in decent repair. The Bartlett Historic District consists of a multi-block area of early 20th-century commercial row buildings. Of the district’s 34 buildings, 30 are regarded as contributing to the historical and architectural integrity of the area. The town is so visual, Hollywood movies like True Grit and The Newton Boys were filmed there, and NBC used Bartlett as the set for the post-apocalyptic series Revolution a few years ago. 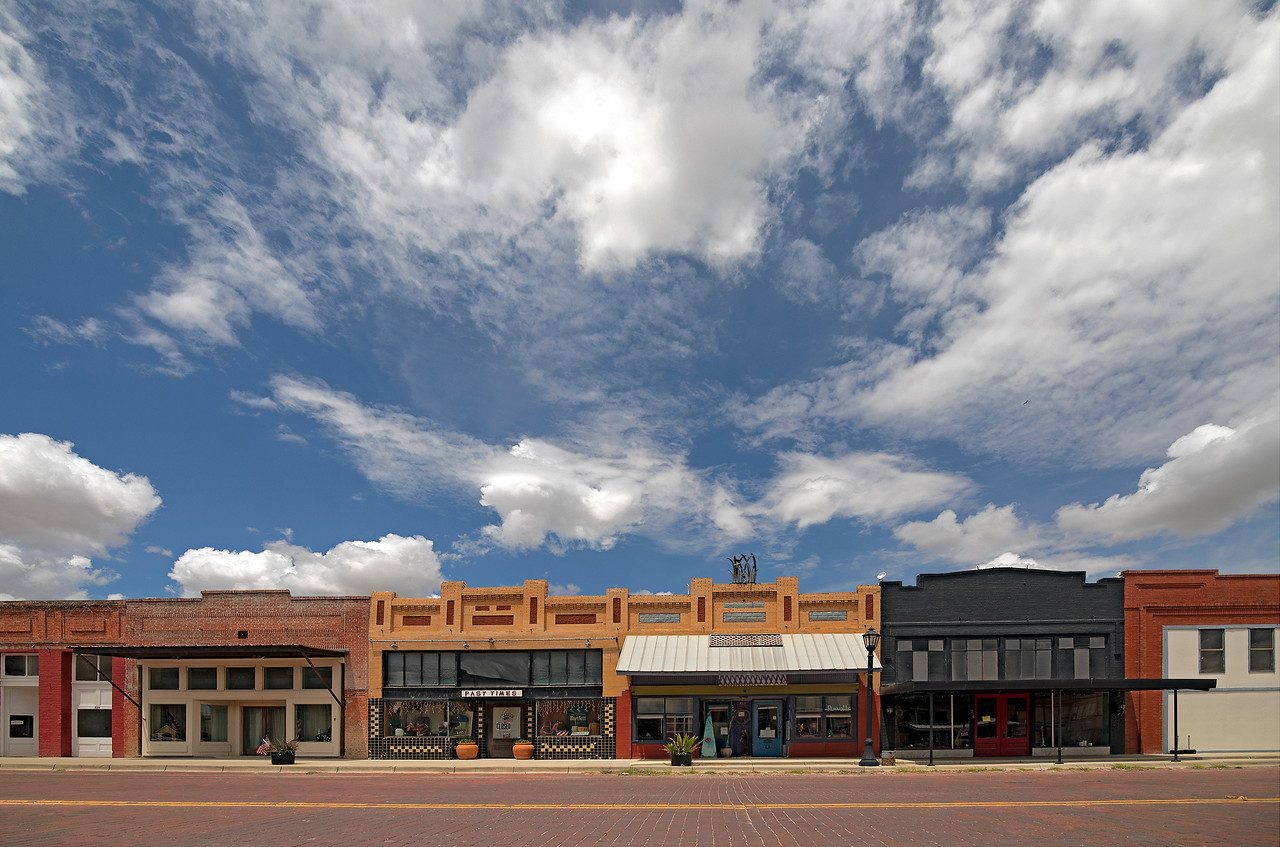 Bartlett has long captivated me. I come from Little River-Academy, about 12 miles down State Highway 95. Over the last 40 years, I’ve driven through Bartlett going to, or coming from, Austin hundreds of times. A photographer my whole life, I have been moved by Bartlett’s visual canvas, and I’ve photographed the town on many occasions. I’ve watched as Bartlett has evolved, unfolded … and struggled. As longtime readers of Traces of Texas are no doubt aware, Traces of Texas exists to preserve Texas history and culture. Robert Zalkin’s dream perfectly complements this, and I’m supremely happy to see Bartlett get a chance at renewal.

Over the next year, I’ll chronicle the transformation of Bartlett for texashighways.com. Each month, I’ll feature my photos and interviews with citizens of Bartlett new and old. Up next: a deep dive into the history of Bartlett.