My Favorite Texas Trip: The Time I Got Pulled Over at Gunpoint on I-10 Outside of Sealy

After a relaxing week on the Frio River, writer John Nova Lomax recounts, a little joke spiraled wildly out of control. 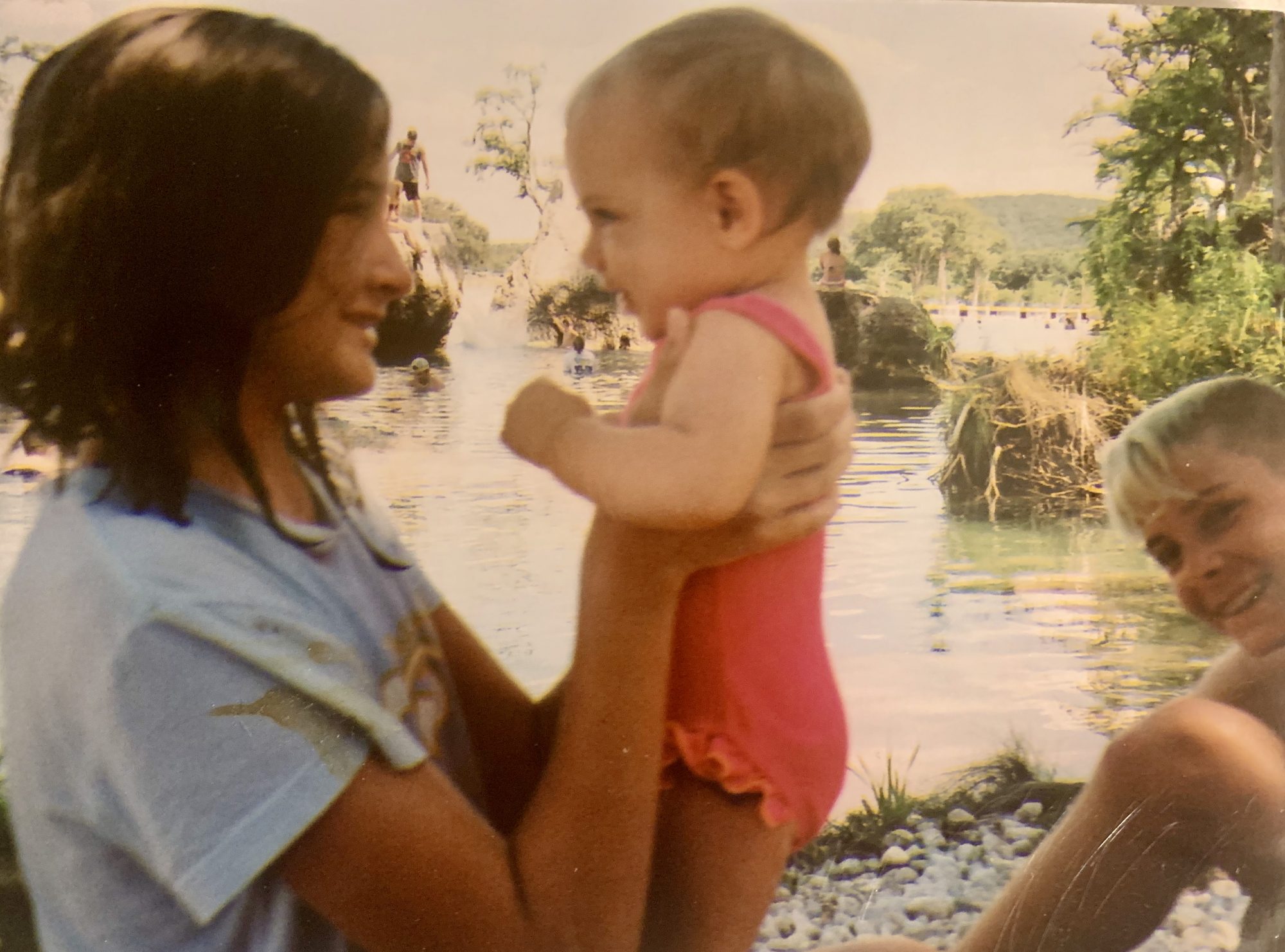 These were the thoughts flashing through my mind as I found myself on the shoulder of Interstate 10 outside of Sealy one summer day in 2005, on my knees, hands clasped behind my head, staring up at the barrels of not one but two guns. The DPS officer who’d just ordered me out of the car had a pistol trained on me, while his partner, the one who rode shotgun, did too.

Mere minutes before, life had been a breeze. My then-wife, Jacqueline Wallace, and I had successfully overseen the health and safety of two of our own children—9-year-old John Henry and infant Harriet—and that of two of John Henry’s friends — siblings Malcolm Zehr, then 13, and Ingrid Smith, 11 — through several days of adventures on the Frio River at Neal’s Lodges in Concan. Four kids, five days, and nobody snakebit, swept away in the Frio, singed by a campfire, or injured from falling from a cliff? A win in any parental authority’s book.

Here we were, bellies full of San Antonio Tex-Mex, blasting Queen’s “Don’t Stop Me Now” on the rental van’s high-performance stereo. We were almost to the outskirts of Houston, where a small homecoming party hosted by Ingrid and Malc’s dad awaited us at the quadplex we shared. … And then all hell broke loose.

A quick glance in my side-view mirror revealed a DPS car in hot pursuit, lights blazing. Since I was driving at or barely above the speed limit, I thought little of it at first and eased into the slow lane to let the troopers get at whomever they were chasing. To my dismay, it was me they were after. I pulled over.

It became readily apparent this was no ordinary traffic stop. For one thing, their guns were already out by the time I stopped. And then came those red alert screamed orders I’d only ever seen on COPS, the TV show. “Driver! Put your right hand on the dashboard. Take the keys out of the ignition with your left hand—your left hand!—and place them on the hood of the car! Exit the car and lock your hands behind your head! Get on your knees! Back up on your knees to the sound of my partner’s voice!”

And still I knew not what I had done. This had to be a case of mistaken identity, I thought, looking up at the barrels of those weapons.

The officer with the pistol sprinted to the van and was talking to Jacqueline.

“Keep your hands behind your head and look at me,” his partner commanded, his shotgun still trained on my midsection. After a thorough frisking and about two tense minutes that dragged by like as many hours, his partner returned, asked me a few basic questions about where I’d been and for me to hand over my driver’s license (alas, it was expired). Meanwhile, my son was crying his eyes out, terrified that his father might get shot right in front of him on I-10.

And at last, I was told how all this had come to pass.

“Do you know what your daughter”—meaning 11-year-old Ingrid—”wrote on the side of your car?” asked the pistol-toting officer.

No, I didn’t. I had noted on boarding the van back in San Antonio that it had a pretty thick coating of Real County dust thanks to its travels down Frio River backroads, but I had no idea anything was written in the dust on the windows.

“I’ll tell you what she wrote,” he said. “She wrote, ‘Help. Please God. Call 911—I’ve been kidnapped!’ For a while there, you were the most wanted man in Texas.”

“She wrote what?” I gasped.

The cop told me that several concerned citizens had obeyed the scrawled instructions. “Don’t you know that writing something like that is illegal?” he demanded.

“Yeah, I know it is, and I want her prosecuted!” I said. Chivalry had departed in the face of terror, I am ashamed to report. I could almost see a smile tugging at the trooper’s face. And Ingrid wasn’t prosecuted, of course. She got off with a stern talking-to.

I soon enough found out it wasn’t all Ingrid’s fault. That scrawled message had been the work of several. As we clambered aboard the van in San Antonio, Jacqueline, exasperated with the kids, had simply traced “Help” on the back window. Malcolm added “Please God,” and then Ingrid came along and completed this little masterpiece of collaborative fiction with the kidnapping angle. Why she did so has yet to be explained, even now, 15 years since.

I was ticketed for the expired license and an hour later, we were home and basking in the sun on our quadplex’s deck. Sam Smith, Malcolm and Ingrid’s dad, rode up on his motorcycle shortly after we returned. Grinning sheepishly, he shook his head and said nothing as he reached into his shoulder bag and pulled out a bottle of tequila, and the party got underway.

All was well that ended well, I suppose. I wrote up the story for the Houston Press, and eventually the tale was picked up by the radio show This American Life, and I was interviewed by the host, Ira Glass, himself. The episode’s theme was “A House Divided.”

Rented travel vans, much like houses and countries, divided against themselves cannot stand. And here I am retelling this story again, certain that somewhere out there those DPS officers have shared this tale as often as I have.