How Nachos Became an International Hit

Through the quick thinking of a maitre d', nachos became a dish loved by all 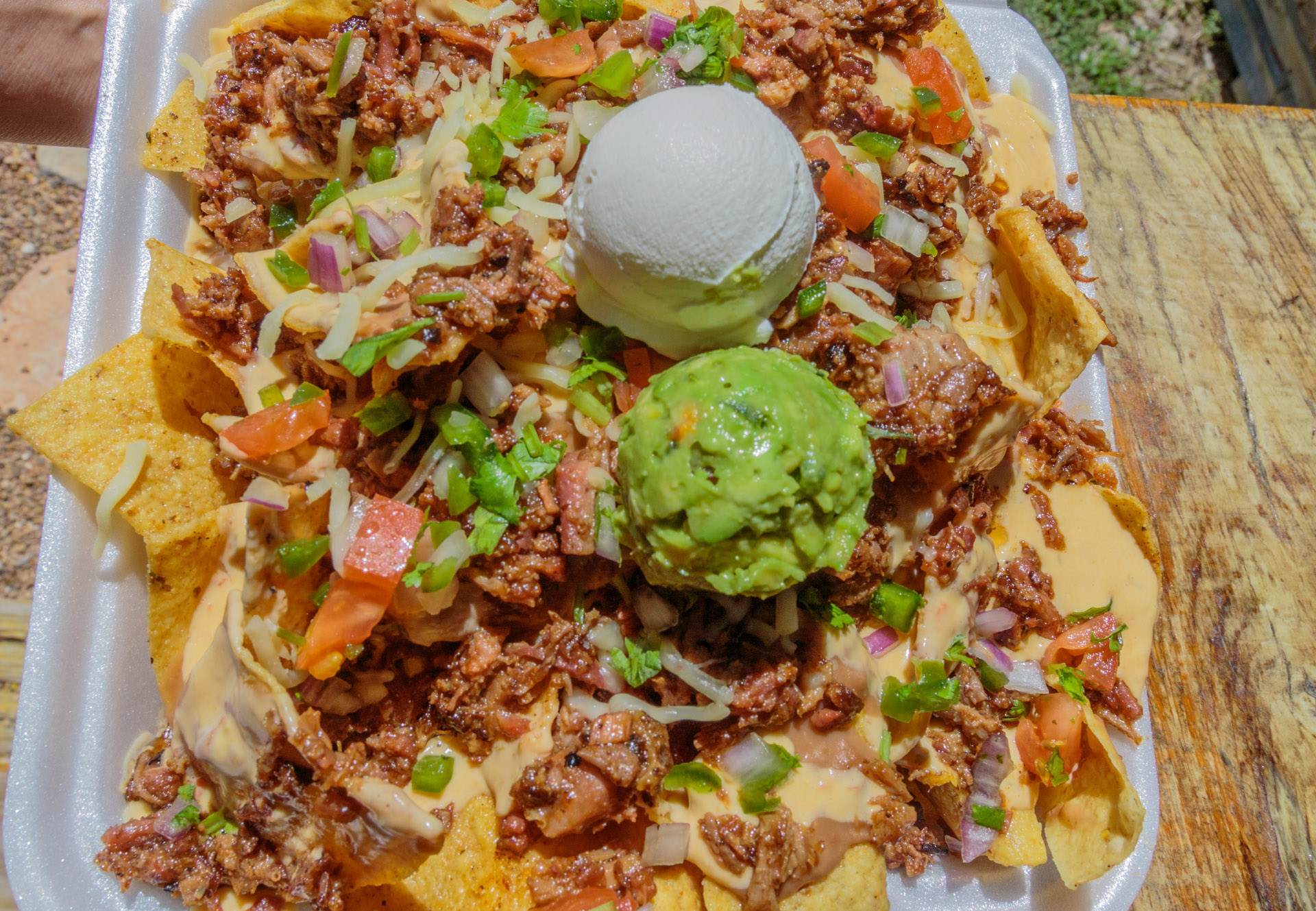 Photo by Will van Overbeek.

If you need proof that nachos have gone from a Texas-Mexico border creation to a worldwide phenomenon, look no further than Google. The search engine devoted one of its Doodles last year to the inventor of the dish, Ignacio Anaya, with an animated GIF of him making a batch.

In an interview with Google, Alfonso de Anda, the Mexico City-based artist who made the Doodle, said, “I hope people get an instant crave for a snack after they see the Doodle. I also hope that they instantly drop whatever it is they’re doing and satisfy that craving.”

Today, on National Nachos Day, we celebrate the dish that’s become known for its versatility: It can be a quick snack, a fun meal, or an upscale nosh, depending on what you add to it. For Texans, nachos are a taste of home.

According to culinary legend, nachos were invented in 1943 when a group of Army Air Corps officers’ wives in Eagle Pass crossed the border to stop at the Victory Club restaurant in neighboring Piedras Negras. The maitre d’, Anaya (full Latin American name being Ignacio Anaya García, with his mother’s maiden name), was unable to find the cook, so he promised to fix his guests something to eat. He grabbed some tortilla chips, grated yellow cheese on top, and placed the dish under a broiler. After a few moments, he topped everything with slices of pickled jalapeños. The ladies loved the creation, and the dish became known as Nacho’s Special, after a nickname for Ignacio.

As is the case with good origin stories, there’s a twist: In 2004’s The Tex-Mex Cookbook, food writer Robb Walsh quotes from a 1961 interview with Anaya, who says his dish’s birth was actually at El Moderno restaurant in Piedras Negras. Later, Anaya moved to Eagle Pass and opened Nacho’s Restaurant. Although both Nacho’s and El Moderno have long since closed, nachos live on.

The truth is, nachos were likely already a snack that had been prepared many times before Anaya popularized the dish and lent his name to it. Adán Medrano, chef and author of Truly Texas Mexican: A Native Culinary Heritage In Recipes, describes nachos as comida casera (translated as “homemade food”), or the simple and dignified home cooking of South Texas and Northern Mexico.

So, are nachos Texan or Mexican? Both, says Medrano, who explains that the border region spans both countries equally and so the food that grew out of this region is “Texas Mexican.”

The original, classic nachos feature three flavors: crisp, fried corn from the chip (or totopo, as it’s called in Mexico), savory melted cheese, and brininess from the jalapeño. Medrano notes the importance of combining those traditional ingredients, “so when you bite it, you have an explosion of flavors.”

As for nachos going from a neighborhood restaurant appetizer to worldwide sensation, credit goes to San Antonio businessman Frank Liberto. He introduced Ricos nachos and the cheese sauce to Arlington Stadium in 1976, and they became a concessions phenomenon.

Today, restaurants throughout Texas use the concept of nachos as a canvas for culinary creativity. In San Antonio, celebrity chef Bruce Auden offers a dollop of créme fraiche and a slice of house-cured salmon atop a thin tortilla chip at his Biga on the Banks. Just around the bend of the River Walk, Ácenar restaurant presents fried oysters atop yuca chips with diced charred pineapple and jalapeño-honey mayo, while Viva Vegeria offers a vegan version with shredded carrots and cabbage, spicy guacamole, and vegan queso.

In Houston, Chef Alex Padilla at the Original Ninfa’s on Navigation creates decadent lobster nachos with hollandaise sauce. And it wouldn’t be Texas without brisket, and Slab BBQ in Austin serves up a satisfying plate of it on nachos.

On this National Nachos Day, may we all satisfy our cravings and raise a toast to Anaya and the anonymous border cooks who shared their gifts with us.