Ripe from the Vine: Slate Theory Winery Shakes Up the Texas Wine Scene 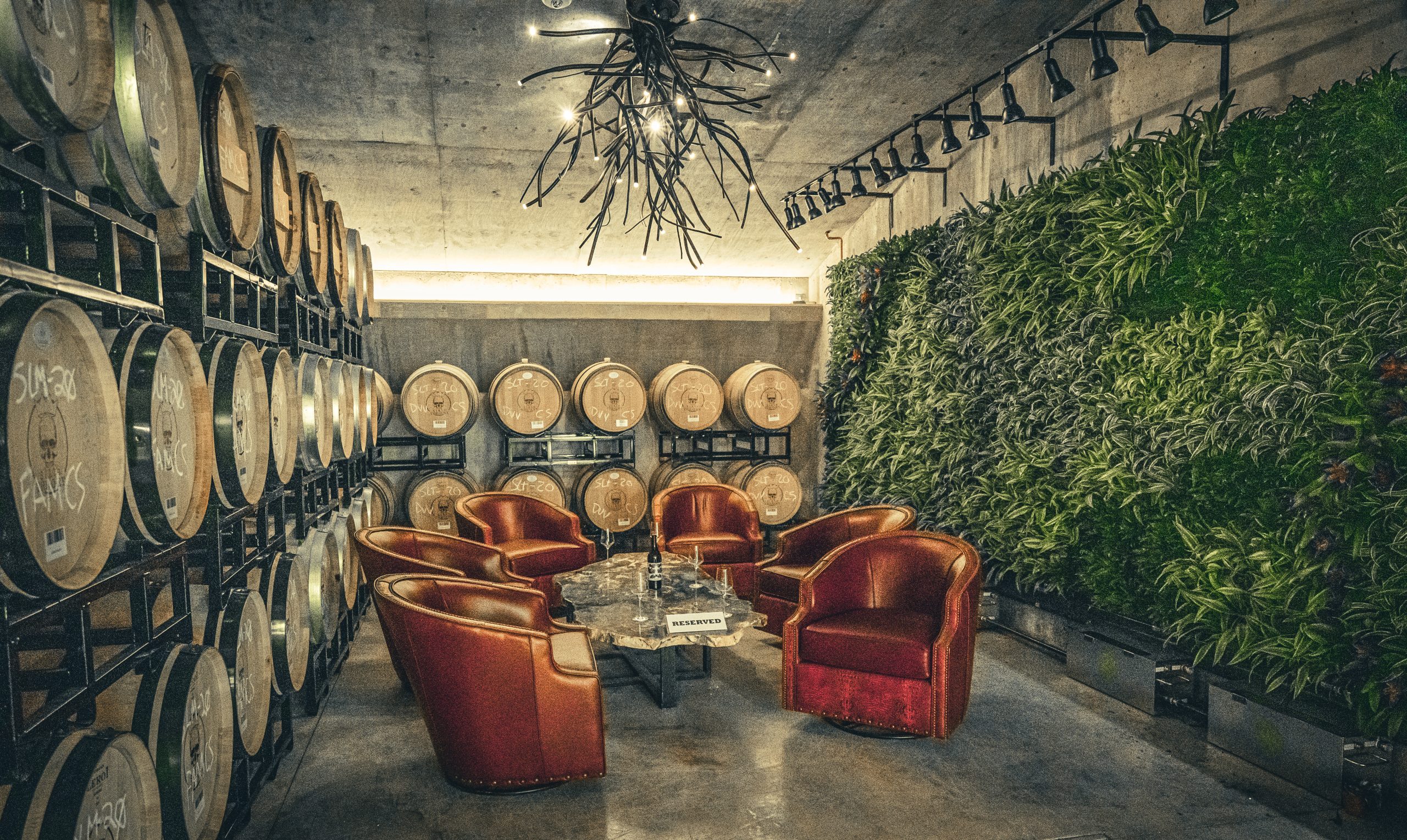 Inside one of Slate Theory’s ten lounges included in its 9,000-square-foot underground wine cellar

Located along US 290 in Fredericksburg, Slate Theory Winery’s modern black exterior offers a sharp contrast against the green surroundings. Owners Randy Jones and family took over the winery from Torre di Pietra a few years ago and transformed the space before opening in November 2021.

Jones was previously in the oil business in Midland. He was looking for a change and wanted a business his children and one day grandchildren could own. In 2017, with no previous wine experience, Jones purchased La Bonne Vie Ranch in Fredericksburg, a wedding venue where he planned on planting about 100 acres of vines to grow grapes on to sell to local wineries. Around the same time, Torre di Pietra also came up for sale, so Jones purchased it as well.

As luck would have it, the owners of another local vineyard, 1851 Vineyards, were looking to retire, so Jones partnered with them for about 18 months before buying the winery and transforming it into Slate Mill Wine Collective in 2019. The Jones family built a state-of-the-art wine facility at Slate Mill, planted additional vineyards at Slate Theory and Slate Mill, and to date have 140 acres under vine across La Bonne Vie Ranch, Slate Theory Winery, and Slate Mill Wine Collective.

“The goal is to become 100% self-sustainable and 100% estate grown and bottled,” says Charlie Burt, Slate Theory Winery’s cellar events and tour manager. “That’s something nobody here has been able to accomplish yet.” 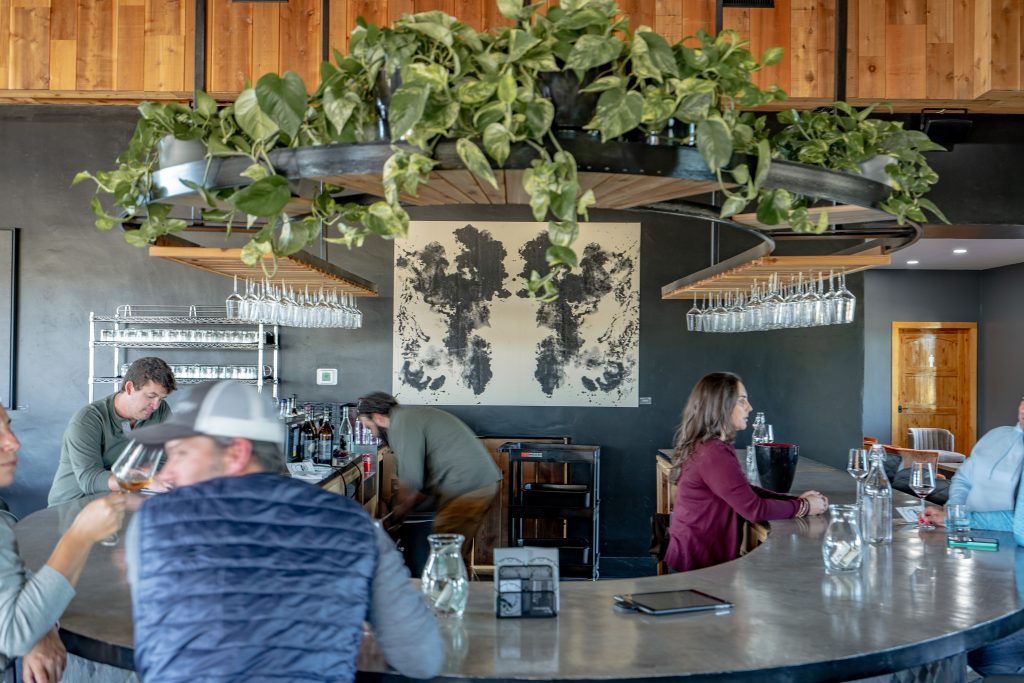 The business houses some of the region’s most exceptional wine experts and viticulturists, with plans to hire an expert sommelier. Currently, if grapes are not coming from their own estate, Slate Theory is sourcing grapes from High Plains and Hill Country growers.

As more of the vines at Slate Theory and the other properties mature, they’ll be able to use those. “In about two and a half years, all of the newer vines will be at maturity, so at that point, we’ll be almost complete self-sustaining,” Burt says. For now, Slate Theory is growing 30 varieties of grapes.

In Fredericksburg, there are numerous shuttle services and tour operators that will transport you to and from local wineries.

In downtown Fredericksburg, Wine Country Cottages offers access to nearby wineries, plus twelve cottages on Main Street available for a stay.

Burt says the “Slate Theory” name is derived from English philosopher John Locke’s blank slate theory, which states that at birth, the mind is a “blank slate” that we shape with ideas as we experience the world. “Starting out in this industry, we were like infants coming out of the womb,” Burt says. “We’re starting with a blank slate, no baggage, no pretense, no preconceived notions, no former history of the industry. And we’re starting with our own vision, of course using the great advice from the people around us.”

It took Slate Theory almost four years to build its 9,000-square-foot underground wine cellar, which is used for aging and storing wine. A faux skull along the staircase—designed by eldest son Cody Jones—gives the cellar a bit of a Parisian Catacombs feel at first, but after entering at the bottom of the stairs, the room opens up to show barrel upon barrel of wine, plus 10 lounges complete with tables, chairs, and couches, all with different moods for daytime private tastings and evening events. Visitors can take a full walking production tour, which includes the cellar plus a barrel room stocked with 20-plus French oak aging barrels waiting for wine.