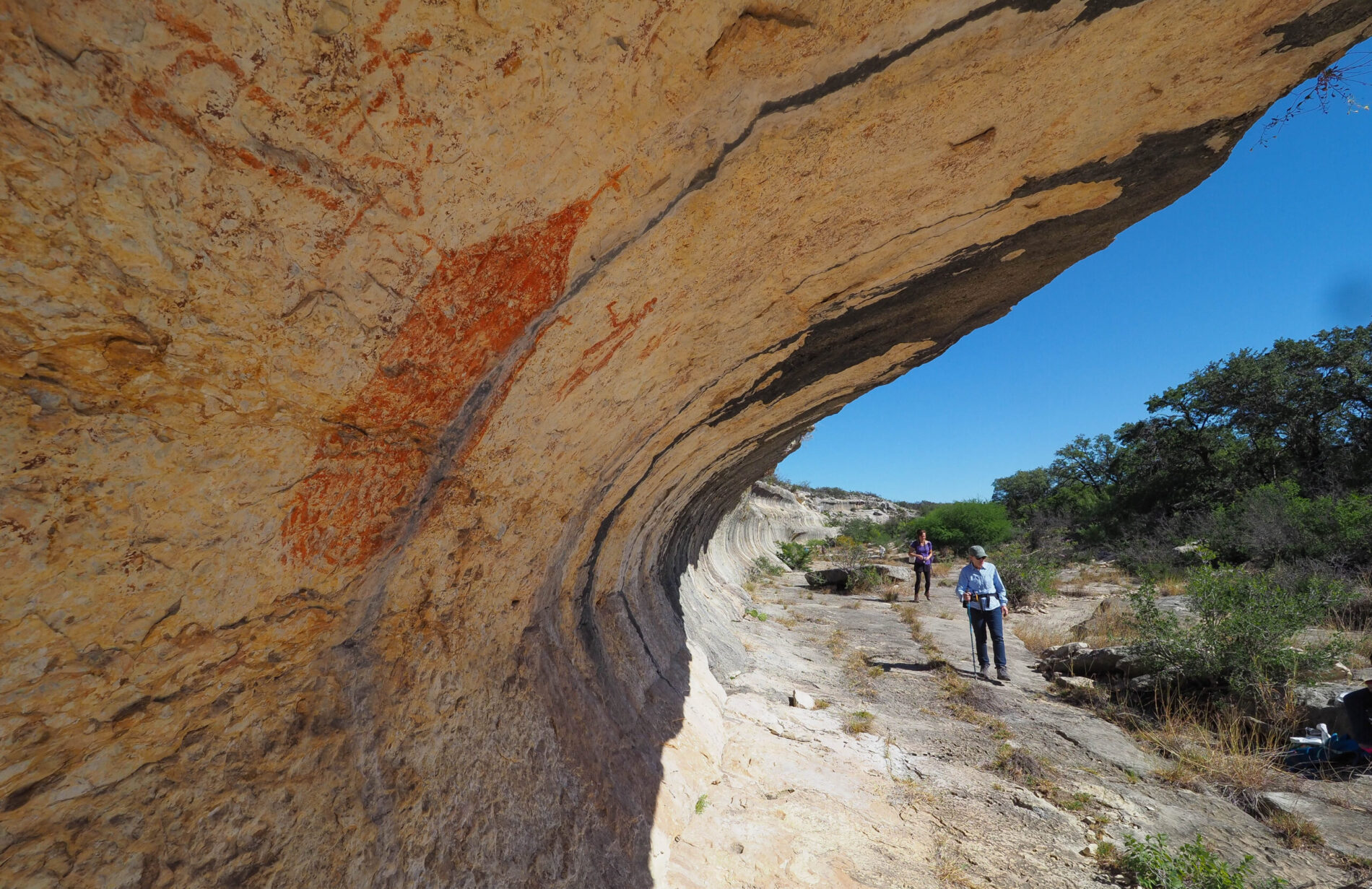 On a warm morning in early November, a dozen curious hikers followed a trail through spiky cactus and Volkswagen-size boulders into Upper Presa Canyon inside Seminole Canyon State Park and Historic Site near Del Rio.

As they caught their breath, the hikers gazed up at the ceiling of Black Cave, a rock shelter that opens like a wide stone mouth into the dry ravine. At one side of the opening, a series of human-like figures, squiggly lines, dots, and other shapes stood out in rich hues of black, red, and yellow.

“The longer you stare, you see more and more things,” said Vicky Roberts, an archaeologist from the Shumla Archeological Research and Education Center in nearby Comstock.

Shumla, a nonprofit that studies the more than 350 known rock art murals in Val Verde County, began guiding Shumla Treks to both public and private sites in May. The tours are a way to educate the public about some of the most important windows into North America’s pre-history, and a way to raise money to preserve the art. 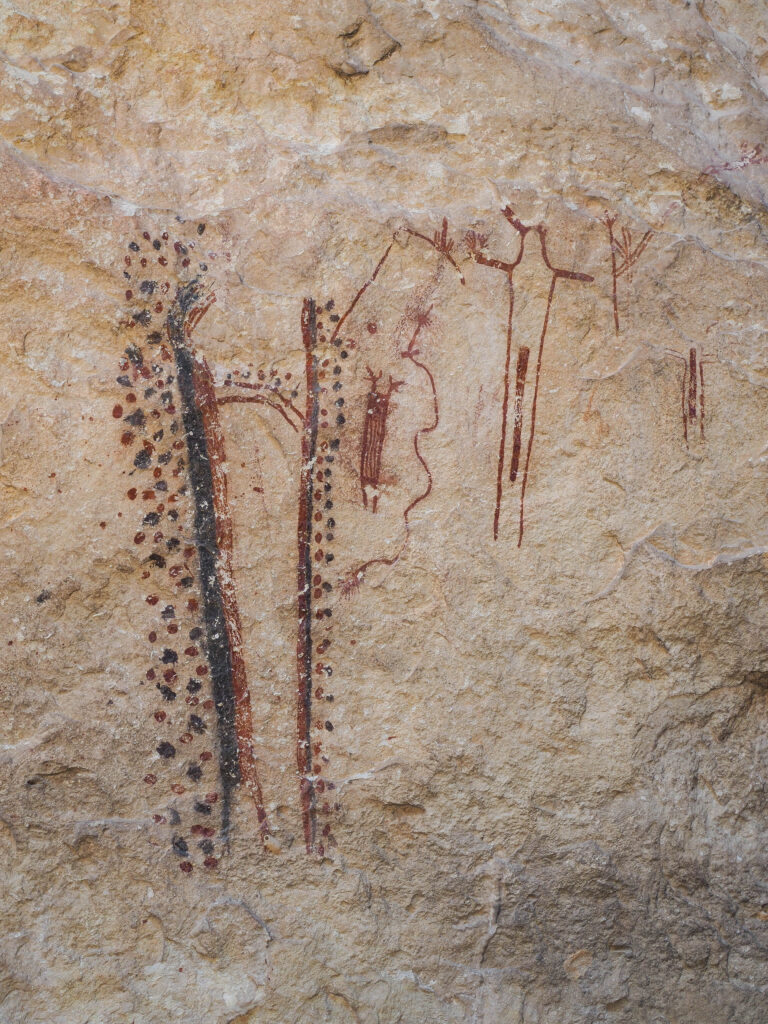 After viewing Black Cave, Roberts led the group to another cluster of paintings on a curved rock wall farther up the canyon. There, at Vaquero Shelter, the group inspected paintings depicting riders on horseback, a Longhorn cow, a mission, and a soldier in a Spanish uniform. Those paintings likely were made in the late 1700s, but some of them overlapped much older artwork that dates back several thousand years.

Ancient artists used crushed minerals mixed with animal fat to make the paintings, Roberts said. In some cases, they built scaffolding so they could apply paint to the highest reaches of the shelter.

Shumla plans to offer two more guided treks before the end of the year. On Dec. 4, participants will explore Halo Shelter, located on a private ranch near the Devils River. The murals there depict human-like figures with rayed lines that extend from the top of their heads. A trek to the Fate Bell and Running Horse shelters in Seminole Canyon State Park is planned for Dec. 5.

On the hikes, Roberts helps interpret the sites and explain what researchers know about the people who made the paintings. “It gets people to care about the area,” she said. “It gets the younger generation interested. And it’s just public outreach to get people to enjoy the outdoors and see incredible masterpieces.”

If you miss this year’s treks, stay tuned for future opportunities. Additional hikes are planned in the spring and fall of 2022. Each trek costs $160 per person, and a portion of the proceeds is used to fund Shumla’s preservation efforts.

Treks are limited to 25 people. Participants should bring their own lunch, pack water, and be prepared to hike over rough terrain. Each hike is rated on a difficulty scale of one to five, and some are strenuous.

Most of the hikes start and finish at Shumla Headquarters, 28 Langtry St. in Comstock. After the hikes, participants can tour Shumla’s plasma oxidation laboratory, where scientists prepare rock art samples for radiocarbon dating.

For more information about the treks, visit shumla.org.