George Davis, a 50-year veteran of the world’s largest public flea market, is now resigned to peddling his wares online 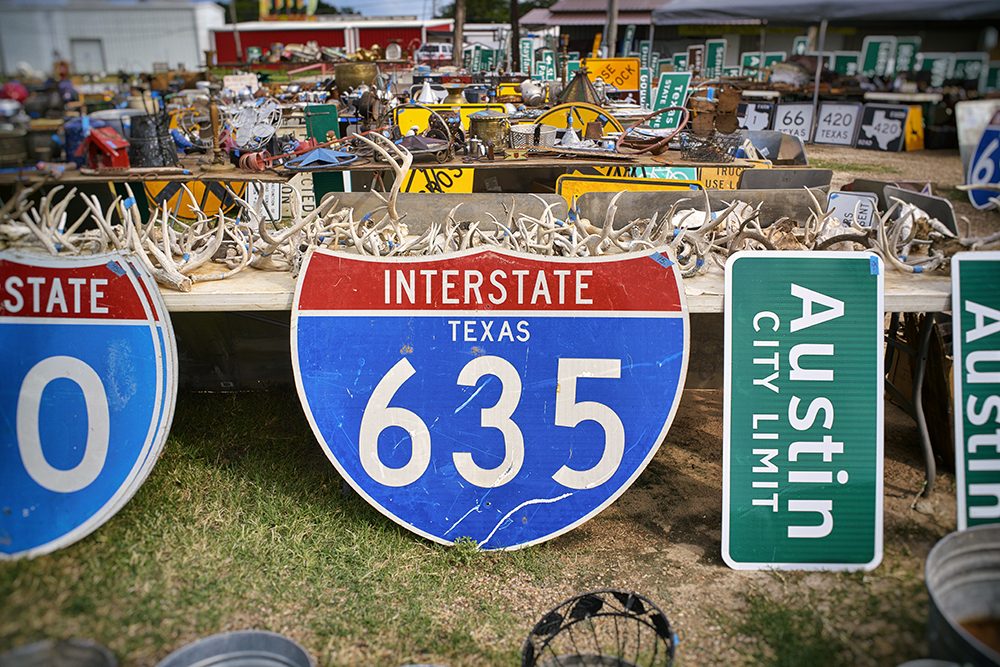 George Davis had spent his day loading a trailer for Canton or Round Top; he wasn’t sure which yet. Fears of COVID-19 had halted both flea markets, and I asked the 67-year-old antiques dealer when he thought business might crank up again. He wasn’t sure, but he wanted to be prepared. “It’s gonna come back,” he said. We were talking on the phone in late April, and I heard the flinty scratch of a lighter. His brand was Seneca Menthols.

I met Davis last fall while reporting a story about Canton’s First Monday Trade Days, the world’s largest public flea market. In a 400-acre field of characters, Davis still stood out, with his gray mutton chops, voice of gravel, and a way of conversation that was gruff and endearing at once. He was a forager of a mechanical age: He tore apart cattle bridges and abandoned homes and rusty machinery, much of it from the area around his home in Lawrence, Kansas, and sold the parts to furniture makers and arts dealers and everyday DIYers—something new from something broken.

Davis is one of hundreds of vendors, if not more, whose livelihood depends on Texas’ massive flea markets, and I’d been thinking about how the qualities that made those events charming—the residue of other lives, the garage-sale clutter, the crowds that could number in the hundreds of thousands—rendered them threatening in a pandemic age. Davis wasn’t worried.

“Friends are still selling strong on eBay,” he told me. Davis had success on Facebook Marketplace, hawking to the locals in Lawrence, but most of his items were too bulky to ship. A shelter-in-place mandate had been placed on Lawrence (which had around 40 cases and zero deaths when we spoke), but Davis had a lead on a Kansas farm, and whenever he could get over there, he hoped to find a cream separator base. With its wooden platform and curved metal legs, it could make a good end table.

“I’ve made a living in hard times,” Davis told me. He’s been selling at Canton for 50 years, and he’s seen some things during that half-century of driving the 486 miles of asphalt 12 times a year out to the grassy plot 60 miles east of Dallas. “The ’80s were terrible,” he said, chuckling. “Everything slowed down tremendously.” But then the business came back. Boom-bust, the cycle of life.

Round Top was another market where he regularly sold, but Davis wasn’t too surprised in mid-March when a dealer friend called as Davis was packing up the trailer for the spring show to tell him it was canceled. Round Top is a biannual two-week antiques fair in a tiny town between Houston and Austin, and Davis understood why they didn’t want outsiders descending on their 90-person hamlet. COVID-19 was dismantling life as we knew it, but Davis stared down another tragedy. Three days after Round Top was canceled, his wife, Deb Davis, died of COPD (chronic obstructive pulmonary disease), unrelated to COVID-19. 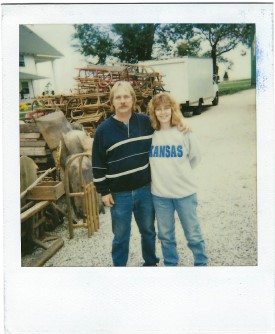 George Davis and Deb Davis, veterans of Canton and Round Top, back in the day. Courtesy George Davis

“Oh George,” I said, taken off guard because I’d been asking him about a global catastrophe and had not expected a personal one. I asked him for the date of her death, but he wasn’t sure. “I’m trying not to remember the day, ever. I canceled the date out in my head.” His voice got a bit choked up, though it never broke. Suddenly the image of him in his warehouse cleaning, sorting, and packing boxes for whatever flea market came next made perfect sense. It’s all he’d ever known.

“She was disappointed she couldn’t go to Round Top this year,” he said, speaking of his wife, who often accompanied him on the road. “She liked the food and the people.”

The food and the people: qualities of a world once charming, rendered threatening. Another threat: Davis knew he had to quit smoking, and he promised me he was down to only seven a day. As he worked in the warehouse, he chewed on a straw he had snipped to the length of a cigarette, a fix that didn’t work until he found that if he sucked on a mint at the same time, he could create the cooling menthol sensation. “Anyway, I’m doing pretty good,” he said.

“I’m glad you’re optimistic,” I said. “I worried about you.”

“I’m worried about the restaurants,” he told me.

But the life of an antiques dealers is one of adaptation and reinvention.

“There are a lot of places I wanna see in the world,” he said. Back in his younger years, he packed crates in Berlin and Bangkok. He was eager for Canton or Round Top, whichever came first. “I don’t really like selling at home,” he said. “My whole career I’ve been selling on the road.”

There was just one problem.

“Now I don’t have anyone to watch the house,” he said. “Do you wanna come to Lawrence?”