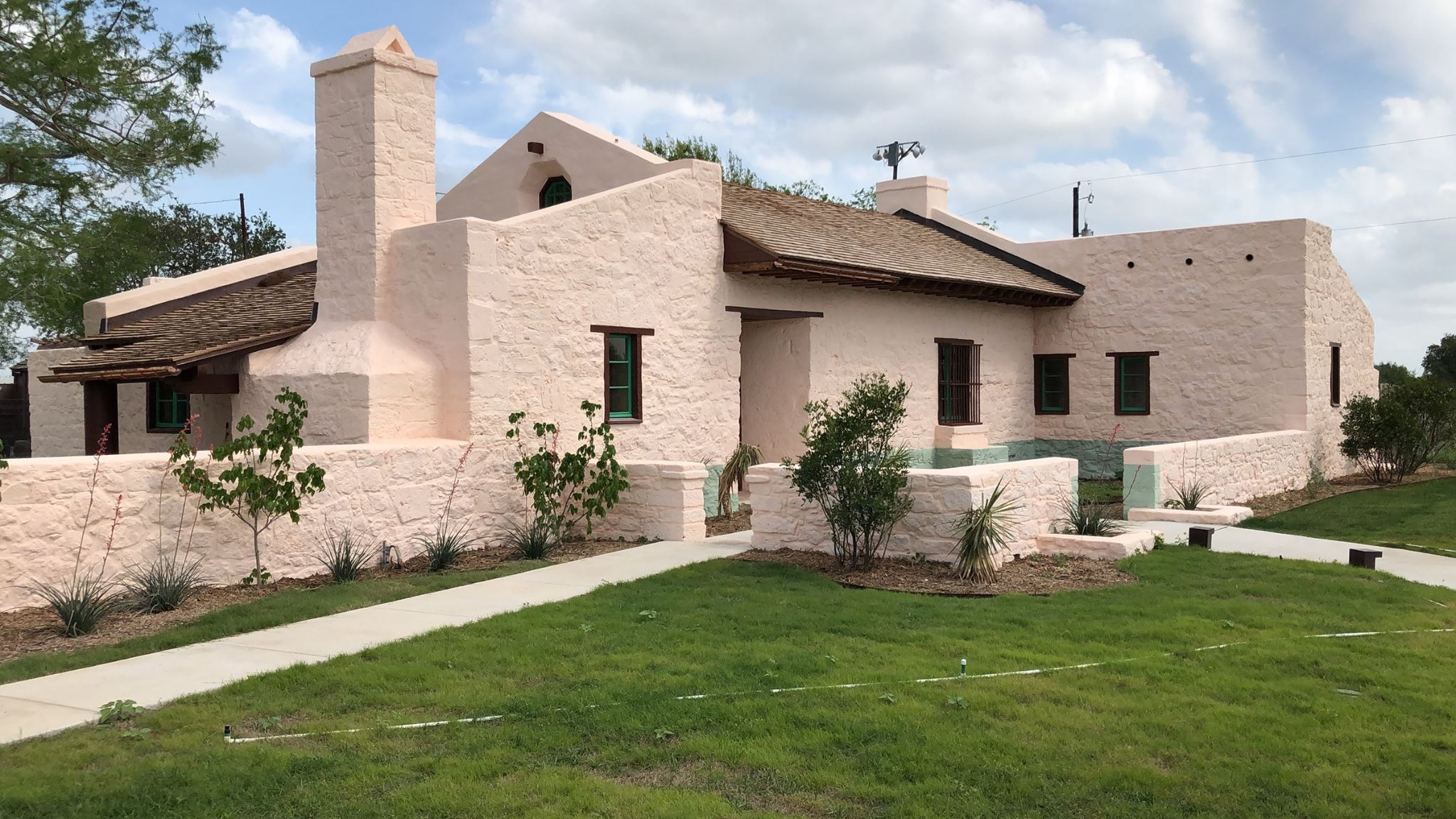 When Spaniards first blazed a trail from the Rio Grande to the Sabine in the late 1600s, they often followed long-established Native American pathways and trade routes. Over time, a network of those trails took shape as the Camino Real, or King’s Highway, a important transportation artery during all phases of Texas’ settlement. Today, El Camino Real de los Tejas National Historic Trail guides travelers to many of the state’s most important sites.

Among those is the five-room former Custodian’s Cottage at Goliad State Park, designed in the vernacular style of area ranching homes. Recently restored, the cottage now welcomes the public as the El Camino Real de los Tejas Visitors Center. The Civilian Conservation Corps workers originally constructed the limestone building in 1936-37 as the home of the local caretaker. It served as an experimental prototype for Samuel Vosper and Raiford Stripling, the architects who designed the reconstruction of the park’s Mission Nuestra Señora del Espíritu Santo de Zúñiga, and for the CCC workers who rebuilt the mission, incorporating original wall fragments on its foundation ruins. 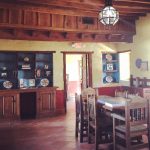 Before Vosper, an expert on mission architecture, and Stripling, sometimes called the “Dean of Texas’ Historic Preservation,” began reconstruction of the 1749 mission, the architects and their team took a research road trip to other Spanish Colonial sites in Texas, Mexico, and throughout the Southwest. Photographs and other material from the trip may be viewed in a scrapbook in the Visitors Center.

The architects gleaned architectural and decorative details from the research trip and applied them to the construction of the Custodian’s Cottage. And, once they were refined, the CCC workers included them in the mission reconstruction. Details include the center’s latilla ceilings. Drawn from the Spanish word for stick, lata, latilla refers to “a peeled branch or piece of wood laid between beams of a ceiling or above the vigas for decoration.” 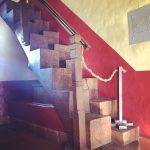 Other restored features include plastered clamshell window frames, blue and red dadoes (lower parts of walls painted different colors), hand-carved doors and cabinets, and a one-of-a-kind staircase that led to an attic workroom. The offset steps of the stairway were carved from two full logs of red elm and hackberry. Park Ranger Emily Byrd jokes that the unusual stairs were sometimes used to test workers’ sobriety.

Open daily from 9 to 4, the El Camino Real de los Tejas Visitors Center restoration was funded by the Federal Highway Administration and the Texas Department of Transportation. “Once a diamond-in-the-rough,” says Jennifer Carpenter of the Texas State Parks’ Historic Sites and Structures Program, “it now shines bright again as an architectural jewel.”