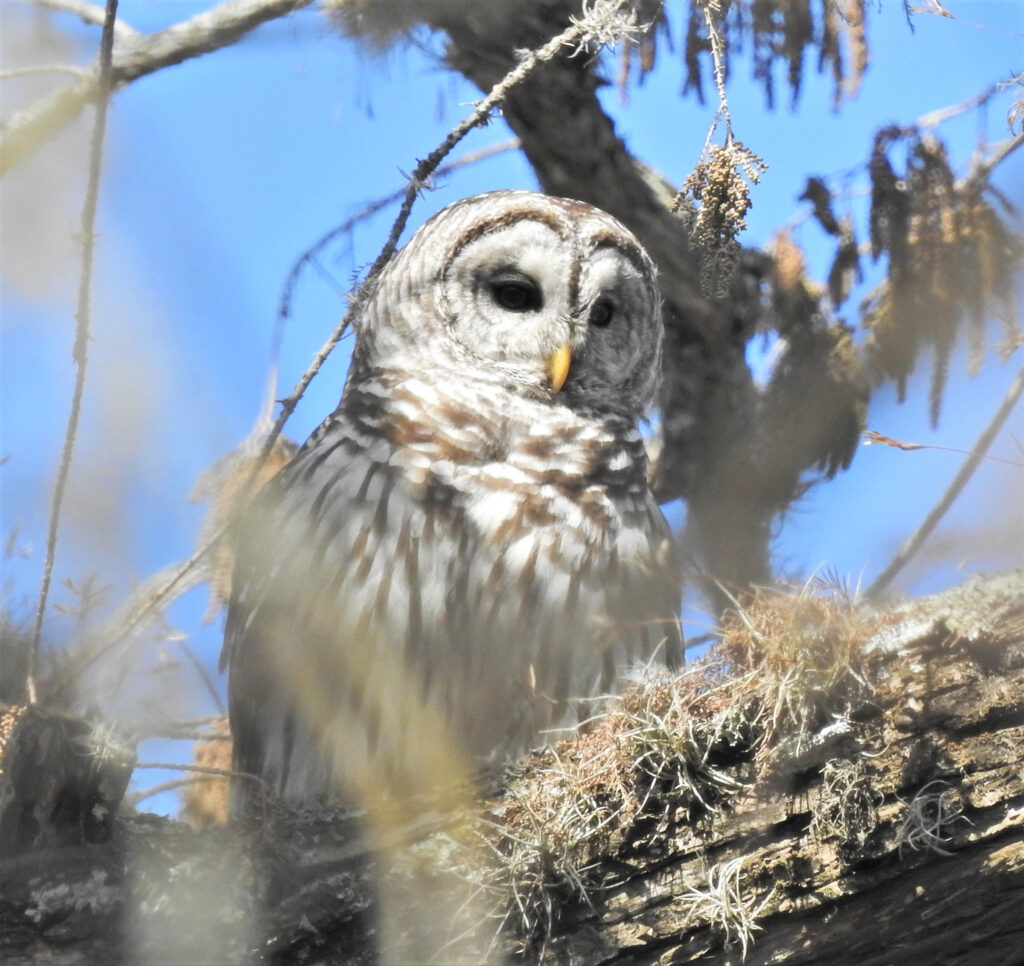 The barred owl in daylight. Photo courtesy of Craig Hensley.

With its brown feathers and black eyes, the barred owl can be difficult to see among tree branches on the darkest of nights—even if it’s perched right over your head.

“At night, they are basically invisible,” says Craig Hensley, a biologist with the Texas Parks and Wildlife Department’s Texas Nature Trackers, a community of scientists that track the status of wild populations of plants and animals throughout the state. Since childhood, Hensley has been fascinated with owls, so much so he can do spot-on impersonations of them.

Hensley’s favorite owl is the barred owl, and because it’s hard to see at night, he began hosting “owl prowls” at Guadalupe State Park in 2006. He would take groups of birders and nature lovers out at night and call out to the owls until they came close enough for people to see them. The event became so popular that last year during the pandemic he thought it would be a good idea to revive the prowl on Facebook Live for people staying at home.

The first Halloween Hootenanny took place on Halloween night, with Hensley hosting and viewers able to post messages during the event. This year, he’ll do the same at 7:30 p.m  Oct. 31. You can tune in as he heads out to the trails overlooking Cibolo Creek in Boerne to call in the owls. He sets up a spotlight, and his wife, Terry Lashley, a Texas Master Naturalist, holds the phone so viewers can watch on Facebook as the creatures fly out of the cypress trees.

“Most of the time they cooperate, but every once in a while, they get me humbled,” Hensley says. “When they come out, they will stare at me as we call back and forth. It’s an interesting dynamic.”

Owls are a secretive bird, according to Hensley, and they don’t want to be seen. In addition to being pitch black at night, they also have a special type of feather on their wings that deadens sound so you can’t hear them fly. That, coupled with their night vision and superior hearing, gives them the ability to sneak up on their prey in the dark.

“One of the things that fascinates people about owls is that they are nocturnal and hard to see and find,” Hensley says. “To see a cardinal is pretty special but to see an owl is a thrill. Their world is opening up when ours is shutting down.” 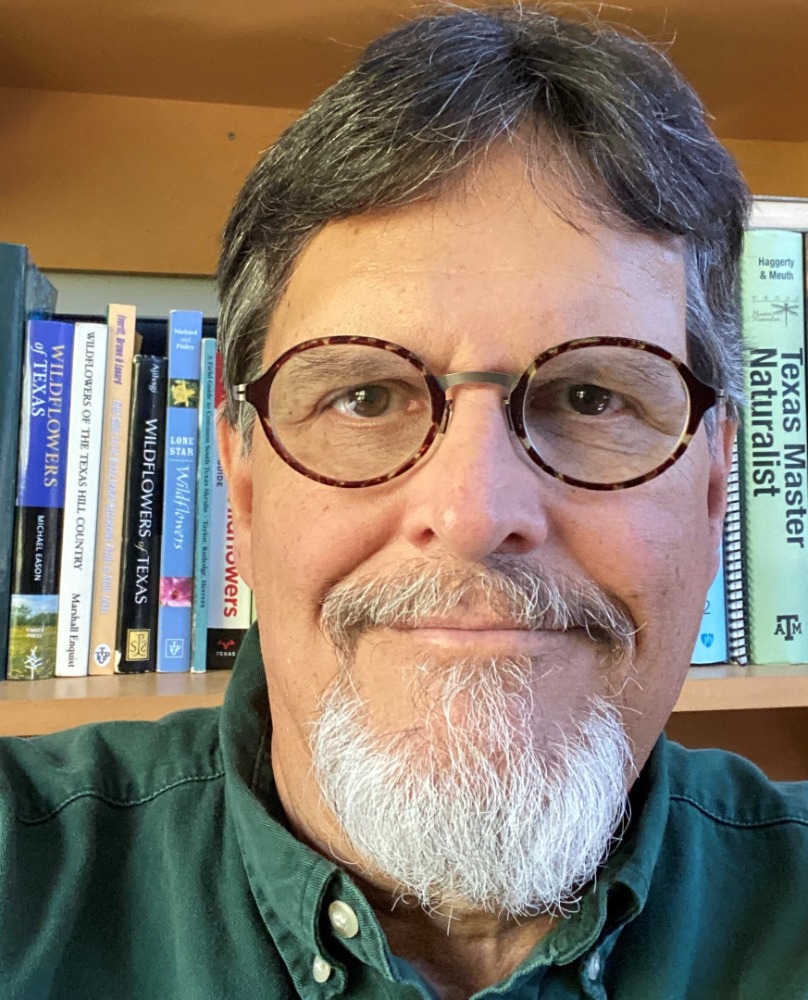 Texas has 17 documented species of owls, the most common being the great horned owl, which can be found throughout the state. A good place to spot them is perched on top of telephone poles at night. The other common owl is the eastern screech-owl, which can be found east of San Antonio. Hensley says screech-owls are “neighborhood owls.” If you put an owl box in your yard, the screech-owl will come nest in it. In West Texas and the Lubbock area you can find burrowing owls, which nest underground in the tunnels dug by prairie dogs. Their populations have been dwindling, however, as prairie dog populations have declined.

“The times you can spot the owls depends on their species,” Hensley says. For example, Texas’ “resident owls” (the great-horned, eastern and western screech, barn, and barred owls) can be seen year-round, but burrowing owls migrate from the north to Texas for the winter, and the ones in Texas migrate south to Mexico. “So, they can be seen during the winter.”

“There are probably more owls out there than people know or realize,” Hensley says. “They do live among us.”

People believe a lot of myths about owls, the most well-known one being that they can turn their heads all the way around. But that one is not true. “If they did that, they would literally pass out because they could cut off their blood supply,” Hensley says. But they can turn their heads about 270 degrees, which would be like if you laid your chin on the back of your shoulder.

“They do it so quickly it looks like they are turning their heads all the way around,” he says.

Another common belief is that owls are really intelligent. Again, that’s not particularly true. According to Hensley, they’re just very well adapted and good at surviving the wild.

“There is a lot of folklore around owls and stories and legends about owls in different cultures,” Hensley says. “One of the things I heard as a young naturalist was that if you hear an owl call three nights in a row, someone you know is going to die. So, if I hear them call two nights in a row, I don’t try to listen for a third.”

Since barred owls are not migratory, you can find them here in Texas all the time. But good luck catching them out during the day.

“Trying to find a brown bird sitting on a brown tree in a dense forest is hard,” Hensley says. “It requires a great deal of patience and some luck.”

But if you tune in Halloween night on Facebook Live, you may just see many of them. It’ll be a hoot if you do.

For more information about the Halloween Hootenanny, visit the event Facebook page. And if you miss this year’s Halloween event, Hensley will be hosting a couple more virtual owl prowls, one in the winter and then one in April-May. For updates, visit the Texas Nature Trackers’ Facebook page here.