String Theories Prevail at the Festival of Texas Fiddling

Bow down to the array of musical styles bridging cultures and ethnicities at this 5th annual musical celebration. 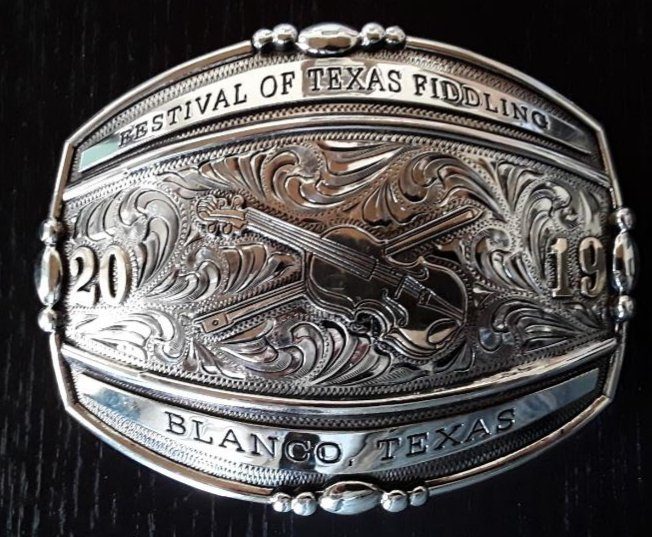 There is the fiddle, the common name applied to the violin, and there is Texas fiddle, a description that covers a wide range of jigs, hornpipes, reels, and other traditional musical styles immigrants brought over from Europe in the 19th and early 20th century. Texas fiddle goes back to 1922 and the very first country music recordings, “Arkansas Traveler” and “Sallie Gooden,” duets by Texans “Eck” Robertson and Henry C. Gilliland.

Texas fiddling—upbeat, excitable, danceable, and a unifier of cultures and ethnicities—has long been recognized as the preferred technique at fiddle contests throughout the United States. Experience it and all its iterations this Friday and Saturday at the historic Twin Sisters Dance Hall south of Blanco at the 5th annual Festival of Texas Fiddling, presented in partnership with the nonprofit Texas Folklife. A symposium and workshops will demonstrate the instrument’s versatility across the state through displays of “old time” fiddling, Cajun, Creole, and Tejano, as well as new, increasingly popular Mexican styles such as son huasteco and huapango arribeño.

“Texas has the best and most diverse fiddle traditions of any state,” says Dan Margolies, festival co-founder and artistic director. “The key reasons to focus on the fiddle start with its historical significance and the way it cut across genres for dancing. The fiddle relays emotion like no other instrument, and fiddle tunes travel and make their way through cultures. It’s a fascinating process that’s fairly unique.”

On Saturday, there are 15 acts spread out over two stages. Some highlights include Kevin Anthony & G-Town, from Galveston, who will play from their newly released tribute album to the great fiddler Harry Choates, the “godfather of Cajun music”; Jack Phillips, a 13-year-old Western swing upstart from East Texas, who will demonstrate how he won last year’s Bob Wills fiddle contest; and Belen Escobedo y Panfilo’s Güera, featuring San Antonio native Escobedo, who will showcase an endangered style of fiddling from the borderlands.

Rounding out the day is Texas Tune Travels, a presentation that will trace different interpretations of tunes across styles and over time and space in Texas. All of Saturday’s fiddlers will take part by playing a tune and talking about its origins and how it fits into their style. According to Margolies, “Brian Marshall’s father used to say, ‘We are all just playing a different part of the same tune.’”