Allen's Boots, Big Top Candy Shop, and others persist despite rising rents and a culture shift that pushed out many SoCo gems 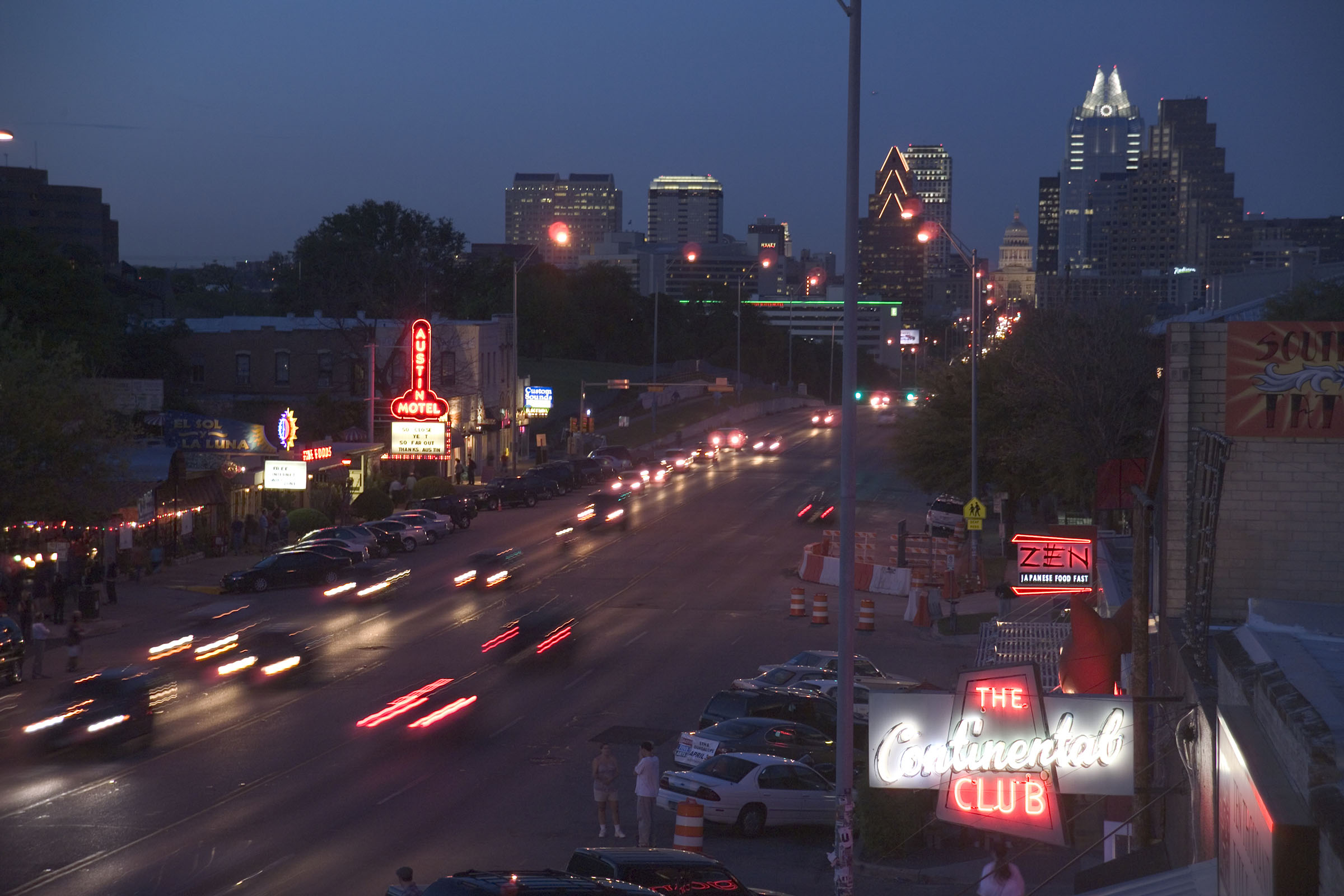 Once upon a time, Austin’s South Congress Avenue was a scrappy, motley assortment of shops, low-cost eateries, and one infamous adult theater that lasted all the way till the end of the 1990s.

Over the next two decades, it went through a revitalization effort that made it arguably the hippest enclave in Austin, with trendy boutiques, farm-to-table restaurants, and increasingly luxe hotels that drew more and more tourists and new residents.

Now, the formerly funky neighborhood has undergone still more change. The avenue is lined with familiar global brands, from Hermès to Nike to Lululemon, while long-time local businesses such as Tesoros Trading Company and oddities and antique shop Uncommon Objects have shut down or relocated due to rising rent costs. The latest beloved storefront to announce its impending closure is the costume shop Lucy in Disguise. The 38-year-old business plans to close by the end of the year.

Still, it’s not all bad news. There remain plenty of homegrown shops providing “Old Austin” flavor in this popular area of the city, including Monkey See Monkey Do, South Congress Books, and the granddaddy of them all, Allen’s Boots, which opened in 1977. And while locals worry about the changing landscape, some shop owners are a bit more accepting of a neighborhood’s inevitable evolution.

Many of these shops that remain now fall into two camps: businesses that own their buildings and have some control over their future, and those with rented space whose futures are absolutely uncertain.

It’s the latter situation that Sheri Tornatore, the owner of South Congress Books, faces. Her shop has been on South Congress (aka “SoCo”), for 12 years. She says the shop is doing as well as it’s ever done, but it may need to leave the area anyway within the next year with her building’s rent tripling on top of a triple-net lease that requires the tenant to cover repairs, property taxes, and insurance premiums. “I wouldn’t be able to sell enough to make the rent they’re asking,” she says.

Shoppers of all ages still come to the store, and it receives regular foot traffic from nearby residents and tourists. But it’s still not enough to keep up. “We’re doing great. I’m not against progress,” Tornatore says. “I just can’t pay what they’re asking.”

Brandon Hodge, who is president of the South Congress Merchants Association and owns neighboring shops Monkey See Monkey Do! and Big Top Candy Shop, says he’s seen the death knell of South Congress headlines many times before. “In that very quintessentially Austin way, everything was cooler just before now,” Hodge muses.

But, he notes, while the historical shopping district remains largely locally owned, new developments on South Congress and an influx of money to chain businesses has caused “[a] different kind of displacement,” he says. “It’s had a trickle-down effect throughout the corridor.”

What’s been missing among the lamentations for colorful local businesses lost, he explains, is local support. “Just crying foul at the most recent loss doesn’t do anyone any good; it doesn’t serve the businesses down here that are open and are legacy businesses,” Hodge says. “It’s painful to read people saying, ‘I’m never going to South Congress again.’ It’s little wonder that businesses have had to pivot.”

Businesses on South Congress that want to pay employees a living wage without raising their prices too high have been struggling to find a balance, especially with a shortage of workers in the area and a pandemic that cut into their profits for a significant amount of time. Add to that, some shop owners say they just aren’t feeling the same enthusiasm they did when they were running their shops decades ago, before the avenue changed so much, even in terms of its customers.

Eliza Villapando, owner of Paper Work, on South Congress, and Parts & Labour, which is running online as it seeks a new home, misses the days when “[m]ore creative low-income people could afford to live within walking distance” of the strip. It’s true, musicians and visual artists who once populated the area have been replaced by tech entrepreneurs, retirees, and short-term renters.

So, as Villapando deals with rising rent like many other local-owned SoCo businesses, she finds the shift in culture is what really gets to her. “The changing landscape really breaks my heart,” she says. “But to be trapped in time doesn’t really serve anybody.”

Change is inevitable, so follow Villapando’s suggestion and appreciate and patronize these local businesses before they’re gone from South Congress forever.

Here are a few of the South Congress shops sticking around and keeping Austin weird.

Monkey See Monkey Do!
Kids and kids at heart can find all sorts of toys, specifically vintage toys such as Rubik’s Cubes, collectibles, and gag gifts. If you need a Whoopie Cushion, go here. 1712 S. Congress Ave., 512-443-4999, facebook.com/monkeyseemonkeydoaustin

Paper Work
Focused on indie artists, this store features art, clothes, jewelry, souvenirs, and gifts from Texas and across the country and features an art gallery space as well. It’s in the same space that housed Parts & Labour and shares the same website. 1704 S. Congress Ave., 512-326-1648, partsandlabourstore.com

Maya Star
The women’s clothing boutique features indie designers and labels from around the world and a variety of jeans, tops, dresses for every occasion, and jewelry including crystals, gemstone necklaces, and vintage pieces. 1508 S. Congress Ave., 512-912-1475, mayastar.com

Allen’s Boots
Situated at the corner of South Congress and West Monroe Street, Allen’s has been selling western wear and cowboy boots since 1977. No visit to SoCo is complete without a stop here. 1522 S. Congress Ave., 512-447-1413, allensboots.com